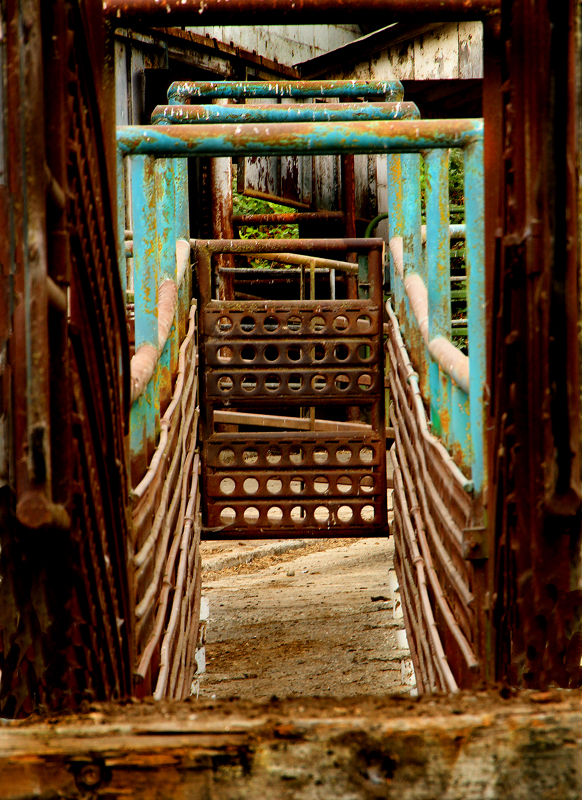 Do you suppose cows have any idea what’s coming as they’re marched down the chute? Or do they stare with bovine indifference at the tail and hind quarters in front of them, until they’re suddenly – and very briefly – startled by the man with the nail gun? 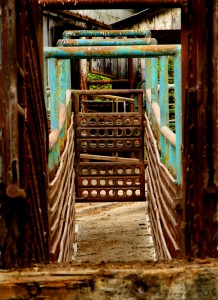 Perhaps Americans will – likewise too late – ask themselves What Happened in the very near future. Perhaps just after the midnight knock comes and they are taken away into the night.

It is not an exaggeration.

America is now on the cusp of becoming a state that does exactly such things; things exactly like the things done by 20th century horror shows such as NS Germany or Stalin’s USSR. Literally. Not “this is where it might lead” or “the tendency is similar.” Exactly, literally, the same thing. The only difference is that it awaits being done on a mass scale. But the power to do it openly – brazenly – has been asserted.

And is about to be sanctified by law.

The National Defense Authorization Act will make it official. It will confer upon the executive branch and the military (increasingly, the same things) the permanent authority to snatch and grab any person, U.S. citizens included, whom it decrees to be a “terrorist” – as defined or not by the executive or the military –  and imprison them, indefinitely, without formal charge, presentation of evidence or judicial proceeding of any kind. These “detainees” will have neither civilian rights in the civil court system, nor – crucially – even the minimal rights to due process and decent treatment conferred upon prisoners of war. (And we are allegedly “at war,” are we not?)

The language of the bill specifically includes American citizens “caught” within the borders of the United States – aka, the “battlefield.” It is claimed by sponsors that only those awful them – you know, the enemies of freedom The Chimp and his successors like to reference as they systematically gut our freedoms – need worry. But read the actual document, and be afraid. The wording is such that any shyster lawyer for the government will be able to draw up a memorandum at some point in the near future equating, say, criticism of the federal government’s policies in the Middle East with “substantially supporting” the enemies of the United States. As defined by the United States.

That is, as defined by the government. 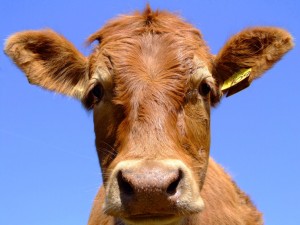 At its whim. At the personal discretion of whomever happens to be the Maximum Leader, or even one of the ML’s duly appointed minions.

As the always excellent Matt Taibbi of Rolling Stone recently observed, what happens when some nutjob who attended a few Tea Party meetings tries to bomb a federal building? Will the Tea Party itself – and anyone who “substantially supports” it be thus transformed into an “enemy combatant”? How about the OWS protestors? How about this web site – and this author – which have on several occasions called bullshit on the federal government’s usurpations and follies? How hard will it be, really, to describe such actions – such thoughts expressed in an article or an interview – as “substantially supporting” whatever the government decides amounts to “terrorism” or the threat thereof against itself?

Surely, the door is now wide open for such an interpretation by some John Woo or Dick Cheney waiting in the wings. Prospective jefe Newtie is practically turgid at the prospect of getting his hands on such power. And there is no longer (or soon won’t be) any legal means available to contest a one-way trip to Treblinka in Topeka – or wherever it is they will send you.

“The really galling thing is that this act specifically envisions American citizens falling under the authority of the bill. One of its supporters, the dependably-unlikeable Lindsey Graham of South Carolina, bragged that the law ‘basically says … for the first time that the homeland is part of the battlefield’ and that people can be jailed without trial, be they ‘American citizen or not.’ New Hampshire Republican Kelly Ayotte reiterated that ‘America is part of the battlefield.’ ”

“It is not unfair to make an American citizen account for the fact that they decided to help Al Qaeda to kill us all and hold them as long as it takes to find intelligence about what may be coming next. And when they say, ‘I want my lawyer,’ you tell them, ‘Shut up. You don’t get a lawyer.’ ”

The key thing being, it is entirely up to the government to decide what constitutes “helping” al Qaeda. It can be nothing more than a vague assertion. Indeed, no evidence of any kind whatsoever is necessary to “hold them as long as it takes” in order to “find intelligence” (not defined, either) by any means it wishes to employ.

“If these laws are passed, we would be forced to rely upon the discretion of a demonstrably corrupt and consistently idiotic government to not use these awful powers to strike back at legitimate domestic unrest.”

The Fuhrer (oops, President Obama) is about to sign this latter-day Enabling act and when he does, it will mark the moment that America’s coffin is nailed shut. The corpse has been on view since 9/11. But there was always some hope that, perhaps, it might be jolted back into life. Now we know the awful truth. Death is permanent.

And it’s coming for us. 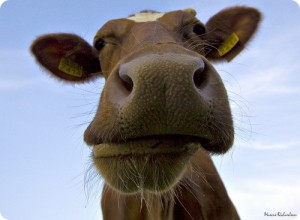