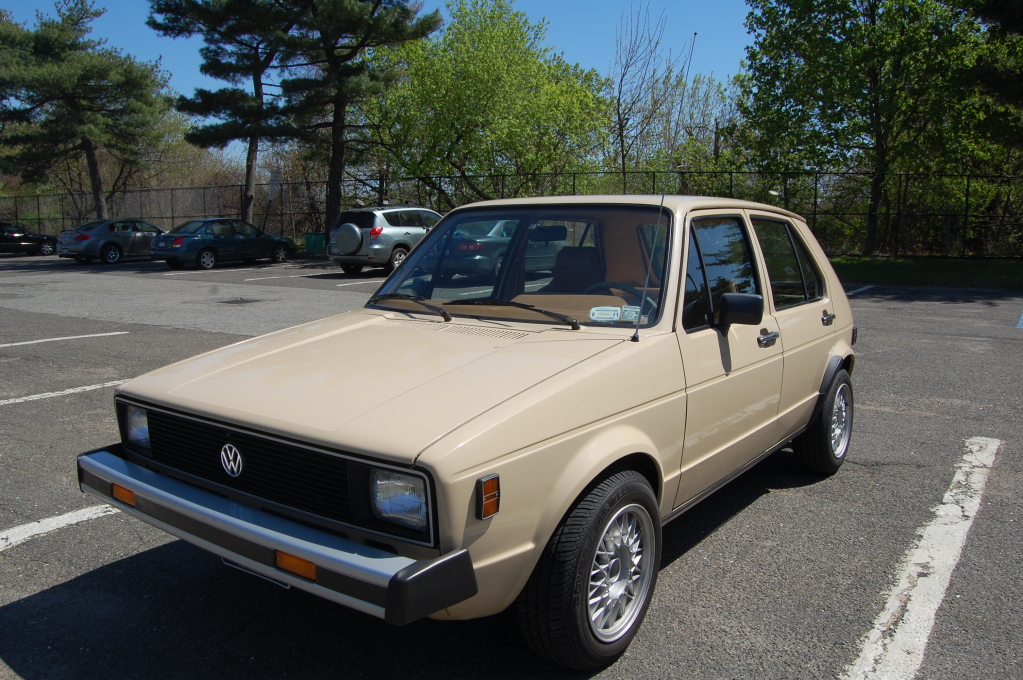 Best-case mileage you can get in a new car is 48 MPG – the advertised highway mileage of a 2012 Toyota Prius hybrid.

Back in 1981, the Dodge Omni (and several other small cars) was delivering 50 MPG. And 40-something was common. That’s gas-powered cars, too. Diesels – like the ’80 VW Rabbit – posted highway mileage pushing 60 MPG.

Mind, these cars were returning mileage better than – or at least as good as – “state-of-the-art” 2012 model hybrids, even though they were primitive in terms of their technology. Most had carburetors; none had overdrive transmissions.

But they lacked the one thing that a new hybrid – a new car, period – has too much of: curb weight.

These ’80s-era economy cars were flyweights. All weighed barely 2,000 lbs. – some, less. Since it takes less power to move less weight, they used less gas – even without modern technological advances.

And with those advances?

The results would be nothing less than spectacular.

Swap in a modern six-speed dual clutch automatic (or CVT) for the inefficient four-speed manual (or three-speed automatic) those early ’80s cars typically came with. This would drop engine RPM by 20-30 percent in top gear, during steady-state cruising. A dual-clutch (or just a modern automatic with lock-up converter) or a CVT would also dramatically reduce driveline efficiency losses. Probably good for another 5 percent improvement. Replace the original carburetors with a simple, but modern, Throttle Body (TBI) fuel injector and computer to maintain the ideal air-fuel ratio at all times. Probably another 10 percent efficiency improvement there (plus “modern car” driveability).

Finally, for the maximum effort, use modern low-friction manufacturing techniques to decrease rolling resistance. Maybe some aerodynamic tweaking of the exterior.

And it could all be done without having to resort to costly 21st century hybrid technology – which, remember, is only just barely matching the at-the-pump performance of early ’80s-era economy cars.

This is the key to efficiency.

Ever wonder why a motorcycle with a tiny 1,000 cc engine that only makes say 160 hp can out-accelerate the quickest supercars and still return 45 MPG? It’s because the bike is light.

But if, on the other hand, you could remove 500 pounds of “bricks” from a new Corolla or Civic or TDI Jetta, the result would be fuel economy substantially better than Reagan Era economy cars.

And better than current-era hybrid cars, too.

They’d be more affordable than current-era hybrid cars too.

Adding an overdrive gear (or two) to a transmission involves orders of magnitude less expense in terms of R&D,  the physical parts themselves and manufacturing/assembly than designing (and building) a car with two powertrains, (a standard gas engine/transmission, plus an electric motor/battery pack, as in a hybrid).

How much less expense?

Well, on the retail level, one can buy a ready-to-install TBI fuel injection system for about $1,500. Let’s say $2,000 for an overdrive transmission. Call it $4,000 to add the essential technological updates to an ’80s-era compact.

And remember, the $4,000 for the updates assumes retail prices for the components – you or me buying the parts over the counter. The economies of scale a car manufacturer could exploit would likely cut the per-car cost for these improvements in half.

But, of course, you can’t. Because the car companies have been told they must build safe cars – which means, heavy cars.Those ’80s-era cars didn’t have to have four (or six or eight) air bags and didn’t have to meet the bumper impact crash standards that 2012 cars must. So, of course, they were less “safe” – if you got into a wreck – than a modern economy compact with all the Stuff that the government now requires.

Put another way, fuel economy (and low-cost) takes a back seat to “safety” – as defined by the government.

It’d be nice if the government allowed consumers to make the choice themselves.

Given the popularity of  48 MPG hybrids like the $23,520 to start Prius – which reportedly sells for full MSRP sticker and forget about haggling – it’d be interesting to see how well a 60 MPG $15,000 economy sedan would do in the marketplace.

Too bad the government has decided we’ll never get the opportunity to find out.