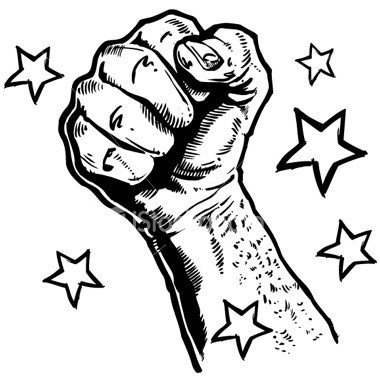 An epic bout is in the making – and we’ll all have a ringside seat.

In this corner, the Safety Nazis – who have inadvertently made the average new car several hundred pounds heavier (and much more expensive) than it would otherwise be via the piling on of keep-you-safe government mandates, from air bags to telescoping bumpers to crumple zones. In the far corner, we have the MPG Mussolinis. Their obsession is mileage uber alles, which they try to impose via government “fleet average” fuel economy requirements (CAFE).

Up to lately, these two antagonists have not butted heads, if only because the engineering talent in the car industry has been able to figure out at least partial work-arounds that (temporarily) satisfy both sides.

For example, new cars are reasonably, even remarkably, fuel-efficient – despite their massive and ever-increasing bulk. Kind of a like a strong lineman who, though 30 pounds overweight, is still pretty quick on his feet. Cylinder deactivation technology, variable cam/valve timing, direct-injection, seven and eight-speed transmissions with deep overdrive gearing – they counteract the bulk, at least somewhat. Without these technologies, the average new car of 2012 would be a real gas pig.

But now, we’re approaching the point of economically and technologically diminishing returns. Federal fuel economy standards are set to increase shortly (2016) to 35.5 MPG average and from there zoom to 54.5 MPG average by 2025. This sets the stage for our clash of the titans. Because there’s no economically or technologically feasible way to get cars to average even 35.5 MPG without significantly reducing their curb weight. Which, absent the use of exotic (read, expensive) materials and new (even more expensive) “safety” technologies – will inevitably make the resultant “economical” cars less “safe.”

Let’s get ready to rumble!

There have already been minor skirmishes. For example, you may have noticed that certain cars parts are more fragile, or not as durable, as the were in the past. Like disc brake rotors. They’re fairly easy to warp – as by over-tightening of the lug nuts that hold the wheel to the hub. And they can’t be resurfaced (“turned”) as often – sometimes, even once – because there’s less metal (weight) there to work with. Brake rotors used to be heavy, thick, sturdy things that could typically be “turned” several times before you had to replace them. But heavy conflicts with efficiency – and the engineers, told from on high to reduce the unsprung mass of the cars they design, cut ounces here – and pounds there.

This is also why almost all new cars come with aluminum rather than steel wheels, incidentally. They are pretty, but also expensive to manufacture (and replace) and much easier to damage, as by rubbing up against a curb or hitting a bad pothole.

It’s also why virtually all new cars have  plastic headlights (saves a couple pounds) and plastic front and rear clips rather than heavy steel bumpers – which were safe but, alas, added too much weight.

The point, though, is that the automakers have already cut most of the easy fat off new cars – and they’re still porkers. Especially today’s “compact” cars – which are the cars most oriented toward efficiency. They typically weigh in closer to 3,000 lbs. than 2,000 lbs. for the simple reason that it’s necessary to build in more bulk to make these cars “safe” – that is, to get them to meet federal standards for “safety,” including crash test performance.

So, who will emerge victorious? The Safety Nazis – or the Mileage Mussolinis?

One thing’s for sure. We’ll be the ones on the mat.

Because the safety edicts of the past 30 years are not going to be made optional, no matter how much less efficient and economical they make the average new car. And the ever-upticking “fleet average” CAFE fuel economy mandates aren’t going away, either – chiefly because the average person has the engineering and economic understanding of Beetlejuice from The Howard Stern Show. These are the people who think the automakers are “dragging their feet,” deliberately building gas-pigs cars – and that all it takes to get them to build more fuel-efficient cars is simply for the government to pass a law requiring them to do so.  It does not enter their heads that there will be costs and compromises involved. Costs and compromises to be paid for by them.

Throw in The Woods?