I take comfort in the fact that I can still drive old cars instead of new ones. I don’t have to have six air bags, stability control, back-up cameras or OnStar. If I like, I can use an old F100 pick-up as my daily driver. Or enjoy the computer-free rowdiness of my ancient muscle car. I do not want all the Stuff that today’s (and surely, tomorrow’s) vehicles are fitted with, by order of DC. I don’t feel the need. It’s expensive, often absurdly complex – and a lot of it is simply overbearing. I don’t like being assaulted by a “belt minder” buzzer if I choose not to wear my seat belt. I don’t have any use for a back-up camera (never having run over a child). And most of all, I like being able to squeal the tires without being countermanded by an electronic Mrs. Doubtfire. I definitely do not want a vehicle fitted with any sort of data recording device or GPS transponder – which pretty much all new cars now have. 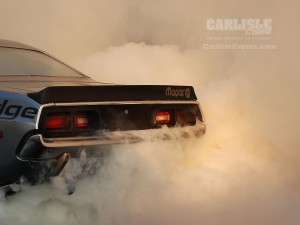 If I’m signing the check, I’ll do what I like with the damn thing.

But I fear this window is closing. At some point,  probably within the next five years if not sooner – older, pre-computer vehicles will be forcibly decommissioned. It will become a crime to use them for anything other than “parade” or “cruise” events – strictly monitored and enforced. It will be done in the name of the environment – or safety.

Several states have passed laws making it much harder to register and drive an older vehicle on public roads. In my home state of Virginia, for instance, the police have the authority to conduct roadside “inspections” of any vehicle wearing antique plates. If, in the opinion of the cop – who is a cop and not a mechanic – the vehicle does not meet either safety or emissions requirements, he may physically seize the car’s plates and registration on the spot – and have the vehicle impounded. It’s then up to you to prove your car has not been unlawfully modified ( just as it’s up to you to disprove whatever charges are filed against you by the IRS). 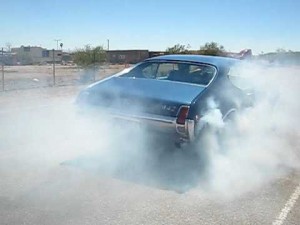 Other states have repealed laws that once exempted antique vehicles more than 25 or 30 years old from the emissions inspections required of modern cars – even though the number of cars over 30 years old in regular use is so low that their impact on air quality is nil.

That’s the leading edge of the spear. Rigmarole such as the above can be a hassle – but at least, it can still be dealt with. Most old car hobbyists are fastidious about maintenance – and keeping their cars up to specification is already par for the course.

But there’s the rub: “… up to specifications.”

What happens when laws are passed requiring older cars to meet current safety and/or emissions specifications?

You know the answer. It will be the end of the road. Old cars will become true museum pieces. We will no longer be able to operate them on public roads – unless you’re rich enough to retrofit your car into compliance. At the very least, I expect the government to pass a law requiring that every motor vehicle be fitted with a GPS transponder. Progressive Insurance is already pushing for it – voluntarily, of course.

Don’t doubt it – the day is coming when it will no longer be voluntary.  The “safety” lobby and environmental fanatics will demand it. Government will be happy to oblige. It wants information, in real time – all the time.

And most of all, it wants control. 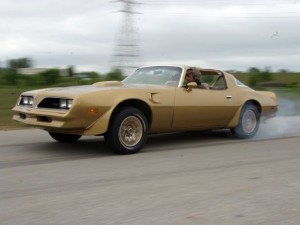 Your movements will be kept track of, the information stored in computer banks and cross-referenced against other bits of data to aid the state in properly profiling you. It is already happening. To expect that it will not happen to cars is wishful thinking. Check Winn Dixie Ad and Lowe’s Ad.

The technology exists to erect the “intelligent highway” – one where transponders in your vehicle communicate in real time with satellites overhead and receiver/transmitters posted along the side of the road. It is possible to make driving any faster than whatever the speed limit is impossible simply by sending a set of instructions to your car’s computer. And if a cop wants to stop you, he’ll be able to shut you down at the touch of a button – literally. GM’s OnStar system already has this capability – and it has been used. So far, only against car-jackers and other deserving parties. But that’s just the opening chorus of the opera. Just as the “enemies of freedom” were – at first – only swarthy young men of Middle Eastern extraction.

Any old car that can’t be monitored, that isn’t subject to immediate control, will be outlawed.

Preventing you from doing a burnout is only the beginning. 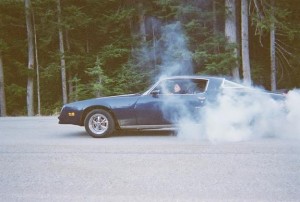 The Virtues of the Pick-Your-Part