There are three main players in the 1500 series pick-up market: Chevy’s Silverado, the Ford F-150 and the Dodge Ram 1500. Why choose the Chevy? I can come up with two pretty solid reasons: 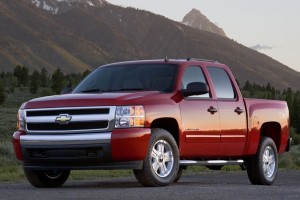 Its Corvette-descended family of overhead valve (OHV) V-8s are proven performers – powerful, durable and much simpler in layout – and probably less expensive to keep up as the miles roll by – than the complicated overhead cam (and turbocharged) engines in the current F-150.

The Ram 1500 has some great OHV V-8s – including the famous 5.7 liter Hemi – but not as great a reputation for the rest of the truck. Chrysler’s quality control hasn’t been the best in recent years. The new, post-bankruptcy Rams are supposed to be much better – and appear to be much better – but we won’t know they’re actually better until they’ve been out there for at least three or four years.

Not that the Silverado’s perfect. Flaws include an underpowered and outclassed base engine in the regular cab Work Truck and an out-of-date four-speed automatic transmission to go with it.  The Silverado’s also the least new of the Big Three pick-ups (Chrysler has an updated 2013 Ram in the pipeline for summer).

That stuff aside, it’s a hard truck not to like.

The Silverado 1500 is Chevy’s full-size pickup, available in regular, extended and crew cab versions and in Work Truck, LS, LT and LTZ trims – with various bed lengths and either 2WD or 4WD. Base price for a regular cab 2WD work truck with 4.3 V-6 is $22,195. A top-of-the-line crew cab LTZ starts at $39,290. A hybrid version is also available (reviewed separately).

Major competitors are the Ford F-150 and Ram 1500 – and to a lesser extent (because of fewer bed/body configurations) the Toyota Tundra and Nissan Titan. 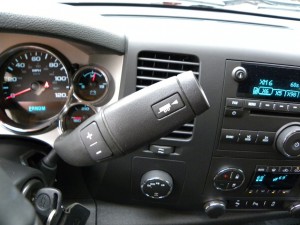 The optional GPS system has been updated to hard drive-based and trailer sway control with Hill Start Assist has been incorporated into the stability control system.

Gas mileage with big OHV V-8s only slightly worse than F-truck’s turbo V-6 and about the same as the Ford’s smallish OHC V-8.

Can be a handful to maneuver in tight spots due to to wide turning radius. 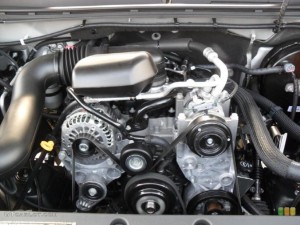 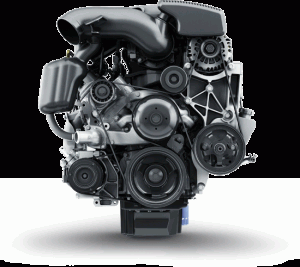 Some caveats: A new (2013) Ram is almost here and it will come standard with a much more powerful base V-6 as well as a version of the eight-speed automatic transmission that debuted in other Chrysler vehicles this year. Performance – and economy – should be much improved.

Ford touts the power/performance/mileage of its twin-turbo V-6 as being at least as good, if not better than, a comparably powerful V-8 truck. Well, kinda sorta. I’ll give it to Ford on performance. The turbo’d F-truck gets to 60 in a dead heat with the Silverado 6.2 V-8: Zero to 60 in about 6.5 seconds, very speedy for a full-size pick-up. Gas mileage is also a Ford strong suit: 16 city/22 highway vs. the Silverado 6.2’s guzzalicious 12 city, 19 highway.

However – I’d be reluctant to swap the 2-3 MPG advantage for the down-the-road maintenance/repair costs of that twin-turbo powerplant. It’s probably not an issue for the first eight or so years. But what about after ten or twelve years and 100,000-plus miles? Turbos are bleed-you-white expensive to fix/replace – and the Ford has two of them.

That would scare me off.

How brave are you? 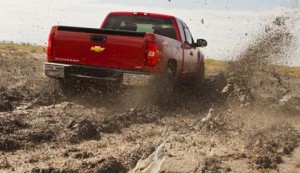 The only issue with this truck – with any current 1500 series truck – is their sheer size, which can make parallel parking or even just parking a challenge. The crew cab model I tested, for instance, stretches 230.2 inches from stem to stern. That is pushing 20 feet long – a handful for most garages and a close shave in most parking lots. I live on a mini-farm (16 acres) in a very rural area and even in this context, you’re always aware of the big Chevy’s size. Of course, the flip side of this is having so much space -inside and out – that you hardly know what to do with it all. Three very large men can sit without rubbing elbows – and without their feet coming near the front seats – in the crew cab’s rear.  The bed can handle a pair of motorcycles – or a stack of 4×8 sheets. Or a pallet of bricks. You feel like Superman as the owner of a truck like this, because there’s almost nothing you can’t do.

Any of the V-8s will make you happy, as far as power delivery/performance but if you plan to really use this thing, I’d recommend the 5.3 or 6.2 V-8s, because they’ve got the extra oats and they come teamed with the vastly better six-speed automatic.

Ride quality is excellent – even on washboard gravel. There’s some axle bounce if you really go at it, but the reverb is muted by the suspension so that you hardly feel it. On normal roads, the cabin is car-quiet and that really says something – good – about the state of truck development. My test truck with the 5.3 engine and six-speed trundled along at just under 2,000 RPM at almost 80 MPH in top gear. It wasn’t all that long ago that most cars could not do that.

Just a couple of hairs in the soup: 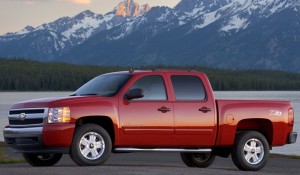 I hate the Daytime Running Lights (DRLs) that GM force-fed the public and continues to include as “standard equipment” with all its new vehicles. Yes, you can turn them off by rotating the headlight control to the left. But they’re not permanently off. Each time you start the vehicle, you have to manually turn off the DRLs, if you’d prefer not to drive around in broad daylight with your headlights burning. I wish GM would include a switch that let you turn off the DRLs – permanently. Or just allowed buyers to say “no thanks” and skip them entirely.

The traction/stability control is fairly nannyish. First, it’s hard to turn it off. You have to press – then hold  – the TCS button to disengage it completely. Then, once off, the system overrides the driver info display in the gauge cluster – forcing you to confront the TRACTION OFF warning and preventing you from viewing any other info until you re-engage the traction/stability control. Why not just a simple “on-off” light on the switch itself? 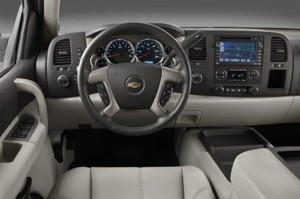 Nothing ugly here (in contrast to the poor misshapen Toyota Tundra). The Silverado’s not as aggressively macho as the Ram 1500 – that truck’s major selling point. It’s closer to the traditional “truck” look of the F-150. Slab sided, boxy and upright – the way a truck ought to be.

You have your choice of regular, extended and crew cab bodies, as well as three bed lengths: eight foot long box, 6.5 foot or 5.8 foot short bed. The Ford and Ram trucks offer the same variations, but the Nissan Titan is not offered in regular cab form and you’ve got fewer bed choices, too. The Toyota Tundra is offered with multiple body/bed styles, but there are fewer trim choices.

In the Silverado – like the F-truck and the Ram – the trim choices cover a wide spectrum from the Work Truck to the top-of-the-line LTZ. You go from rubber mats and a basic four-speaker AM/FM stereo in the Work truck to dual-zone climate control, metal and wood trim for the dash, leather seats, 20 inch wheels and a 10 speaker Bose stereo in the LTZ.

One of the nice things about this truck is that Chevy doesn’t force you to buy a high-trim model to get many of the higher-trim Silverado’s features – which you can buy as optional equipment in the LS and LT mid-trim Silverados. 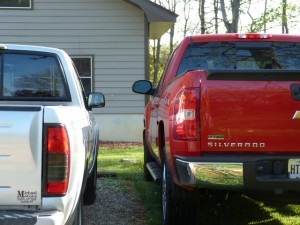 Ford started a trend that I am not a fan of: The tall-sided bed. It first appeared with the Super Duty version of Ford’s F-truck, then migrated to all F-trucks. And everyone else copied the layout. Chevy included. All 1500s now have the tall-sided bed.

I am 6 feet 3 and the bed’s walls are too tall for me. I need a box to stand on or ladder to reach stuff. At least Ford gives you a built-in step ladder – Chevy doesn’t. In my opinion, the bed sides are at least six inches too high. They make using the bed awkward even for people my size. If you’re smaller size, it can be a real hassle.

Like the current obsession with 20-inch-plus “rims,” this is a design trend that I wish would go away. There’s no functional advantage – if anything, the opposite. And aren’t trucks supposed to be about function more than anything else?

Engines: What the Silverado – and the Ford F-150 (and the Ram) – really need is a 30 MPG diesel. The problem is the latest Federal emissions standards are so stringent they’ve effectively outlawed diesels. This is why Ford went with twin-turbos, which it sees as a way to comply with other federal requirements (fuel efficiency) while still delivering the power/performance truck buyers expect. 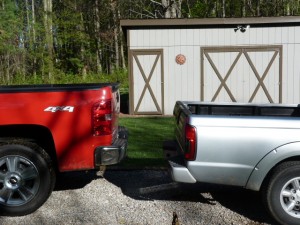 It’s too bad all around. V-8s are on the endangered species list because of federal fuel economy edicts (CAFE) but we can’t have high-mileage diesels because of federal emissions requirements. So instead, we’ll get fewer choices – and more expensive choices, like the Ford twin turbo gas V-6.

I’d choose the Silverado over the Ford because a proven OHV V-8 is preferable (to me) over a who-knows-what-it’s-gonna-cost turbo V-6, a can’t tow-much non-turbo V-6, or a not as powerful (and more complicated) OHC V-8. The Ram is a wild card – the soon-to-be 2013 looks to be a realplayer But Chrysler’s still got to rebuild its rep.

There Won’t Be 24/7 Coverage of This “Racist” Outburst