Americans’ love affair with the car may be headed for divorce court. The Pew Research Center did a study recently that says the number of people who still enjoy going for a drive has dropped from eight out of ten back in 1990 to just under seven out of ten today. Inescapable traffic – and over-the-top enforcement of “technical foul” traffic laws – are probably among the reasons why. 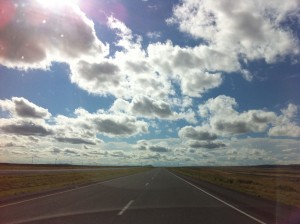 Traffic kills the joy of driving. What good is a 400 horsepower car when it’s difficult if not altogether impossible impossible  to drive it much faster than 80 MPH?

Traffic enforcement, meanwhile, has made it feloniously illegal to drive it faster than about 80 MPH – even if it’s physically possible to do so. The repercussions are so extreme – “reckless driving” cite, the threat of jail time, loss of license, thousands of dollars in fines and legal bills – that most people quite understandably are hesitant to explore the capabilities of their vehicles. And those who are willing to take the risk inevitably pay the price – and are culled from the herd.

Result: People drive slow in cars built to go very fast – a form of torture unique to our time.

Cars have never been more powerful, capable and safe – even at very high speeds – than they are right now. The lowliest 2012 model economy car is fully capable of well over 100 MPH on top some will do 120. Middle-of-the-road family sedans like the Toyota Camry and Honda Accord have top speeds around 140 MPH – and will effortlessly cruise all day long at 100-plus MPH.

Anything with a V-8 – or even a V-6 – is grossly over-powered for American driving. Not for American roads, though: The Interstates were designed for very high speeds (70-75 MPH, assuming 1950s-era car technology) and so could surely handle average speeds in the range of 80-90 MPH today, assuming modern cars. But excepting a few rural areas of Texas, anything over 70-75 is illegal “speeding.” Over 80 (just one 1 MPH over) in many states is statutory reckless driving, as discussed above. They can – and sometimes do – arrest you on the spot. At the very least, you’ll be issued a serious ticket with a mandatory court appearance (no just sending in a fine) and the very real possibility of life-altering repercussions such as paying extortionate rates for your mandatory insurance coverage (so called “SR-22” coverage) that can be as high as $2,000 per year. Over the five years that thing – the record of your conviction for “reckless” driving  – will be on your DMV rap sheet, you could be looking at $10,000 in insurance bills for one bust at 81 MPH. Granted, that doesn’t happen often – but the fact is, under the laws in most states, it absolutely could. Over 90 – and you can bet on it. Which means we might as well be driving cars with the capability of a circa 1985 Ford Taurus.

What we’ve got is a situation not unlike taking a fat guy to a candy store and then telling him he can’t eat anything – or if he does, he’ll be punished. The fat guy has the Hobson’s choice of sticking around to be tortured by temptation – or saying the hell with this and leaving the store.

American drivers appear to be doing more or less the same thing: They’re certainly not in love with their cars as they once were. In particular, the very young. A recent article discussed this development. Teens and young 20-somethings are less interested in cars as other-than-appliances than any generation preceding. Many of them just don’t care. They’ll buy a car, if they absolutely must. But they’re not champing at the bit to – and don’t really care much which car it is, so long as it gets them from A to B. 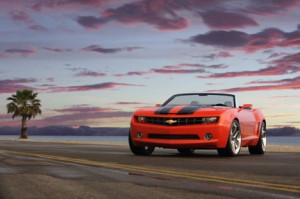 Further evidence of the Decline is the demographic buying cars like the new Camaro (and also the Mustang GT and Challenger): Mostly, it’s middle-aged guys. This is the first time in the history of this type of car that the typical owner is a Just For Men guy, not a young guy. Part of the reason, arguably, is money. These kinds of cars are more expensive than they have ever been – both to buy and to keep. It’s not easy for most 20-somethings to afford a $30k-something V-8 muscle car that costs $60 to fill-up. Still, the fact is the mid-late ’70s were an equally awful time, economically speaking (high unemployment, high fuel prices, high inflation; obnoxiously high interest rates, etc.) but the youth of that era still loved their cars with obvious passion – and figured out ways to get their hands on V-8 muscle cars regardless of the obstacles. Not so today.

And I can understand why.

Cars – and driving – used to be fun. But what fun is it to be chained to a $500 a month payment for a car you can’t – or don’t dare – use? The youth of today are finding less frustrating (and expensive) things to occupy their time. And their dollars.

Twenty-something years ago, the 55 mph National Maximum Speed Limit was the law of the land. Yet one could violate it with impunity if one had the hardware – a fast car, a CB radio and a radar detector – along with a red white and blue indifference to the authoritay of Roscoe P. Coltrane and his radar gun. Fast driving – and getting away with driving fast – was very possible. It was just a matter of putting your foot down. Sure, there were repercussions then, too. But nothing like the repercussions today. “Reckless driving” meant actually reckless driving – not merely a velocity violation. Many states did not have yet have “points” systems – or reciprocity. If you got a ticket out of state, usually, you could just ignore it. There were no photo radar speed traps. No automated enforcement. No presumption of guilt that forced you to prove your innocence. It was the other way around. And so, it was still fun. 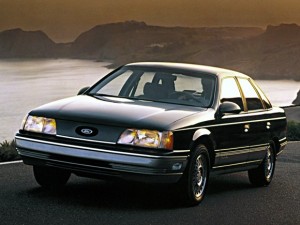 And it begins to get on your nerves after awhile. You pay all this money for a car with more built-in capability than some pure race cars had just a few decades ago – and you might as well be driving a primered ’85 Taurus with 457,000 miles. The sole bennie you get for your $30,000 or $50,000 (or more) that you didn’t get in the ’85 Taurus is a better radio, maybe GPS and, of course, your cell phone with Bluetoof hook-up. Electronic soporifics to keep you distracted – to keep your mind off the mobile Skinner Box in which you spend 2-3 hours or more of your life each day. Two to three hours of your life going short distances, very very slowly.

Back in the ’80s, rock crooner Sammy Hagar cut his signature track, “I Can’t Drive 55.” It contained the lament, “What used to take two hours now takes all day… it took me 16 hours to get to LA!”

Sammy may not have realized how prescient he was being – but from an entirely different angle. The Drive 55 crowd may ultimately win the battle for a slow-mo society by dint of sheer numbers. And simple suffocation.