In the ’70s, when cars were slow, you could drive fast and mostly get away with it. Yeah, you’d get a ticket if you got caught, but speeding was just that – not “reckless driving” – and there was an element of good humor in the cat and mouse game that has always existed between fast drivers and the police. They knew you weren’t a criminal – assuming all you were doing was driving fast – and didn’t, as a rule, treat you as if you’d just beaten the crap out someone’s grandmother merely for going faster than a number on a sign.

It was a different America. “Smokey and the Bandit” and “The Blues Brothers” were hit movies.

All in good fun.

Today, cars are more powerful and faster than they’ve ever been – but we hardly dare use them for fear of extreme repercussions, legally and otherwise. Things are no longer good clean fun. As an example, in many states, it’s an automatic “reckless driving” beef the moment you get nabbed going faster than 20 mph over the posted limit. You’re in danger of being cuffed and stuffed on the spot – and of losing your license for several months upon conviction – whenever the speedo creeps past 75 mph on a 55 mph highway. Same deal on those absurdly under-posted secondary roads where the speed limit is 35 but the flow of traffic is pushing 50 – because it’s perfectly safe and reasonable to drive that fast. But it’s a “major infraction” if you happen to be there on Quota Day – and you’ll end up with a fat fine (at the minimum) and “points” on your license that your insurance underwriter will duly note and use to jack up your premium to confiscatory levels. Even if you’ve never had an accident and are an impeccably safe driver.

It’s ridiculous – but it’s the reality. And it spoils the joy of owning something like a new M5 or even a Mustang.

What’s the point of owning a car capable of an easy 160 mph when you’re basically unable to exploit more than 50 percent of what’s on tap without risking a Life Changing Experience at the hands of the Polizei?

In a current Corvette, fifth and sixth gears are mostly useless from other than a fuel economy standpoint. Fourth gear and you’re already well into the red zone – 80-90 mph – so making that next upshift is a lot like that scene in “The Deer Hunter” when the VC force DeNiro to play Russian Roulette for their amusement.

And in a way, that’s what makes the current state of things so cruel. Not only are almost all modern cars capable of tremendous speeds, they feel deceptively comfortable at those speeds, adding to the temptation to drive fast. Eighty or 90 mph is almost boring in a Corvette – or a Camry – which really doesn’t begin to stretch its legs until you’re up around 110 or so. You almost need to get close to the land of triple digits just to get some sensory input.

In the ’70s, few cars had overdrives, so even in something with plenty of power, top speed was usually limited to 130 or so  and by 75 or 80, you felt like you were going really fast. One twenty was something; 140 surreal and exotic – the province of Ferraris and Lamborghinis that no one got to drive anyway. Now we have access to V-6 Camrys and Accords that can do 130 easily  – and four-cylinder economy cars that can outrun almost any V-8 muscle car of the ’70s.

But we don’t dare use them. Not really. Certainly not often.

In this way, modern high-performance cars are the automotive equivalent of body-building contests: It’s all for show. Just as Arnold never used his massive biceps for anything more than flexing, today’s bulked-up cars and trucks are mostly all about posing, too.

Never mind the steroids – or the rapidly dropping gas gauge. We look good, so we feel good. Function is a distant second.

It almost makes you pine for the days of “Drive 55” – when you could at least run 80 and not fear ending up as an extra in your very own version of “Oz.” 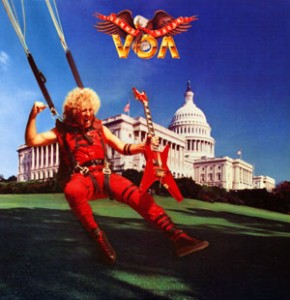