People seem to like this idea. It makes my flesh crawl.

Well, maybe not that extreme. But the idea does depress me.

A big part of what makes driving enjoyable is the freedom and control it gives you, the individual. It is your car and you are in charge of directing its course, of deciding how to get there. You can choose your route and proceed at whatever speed seems reasonable to you. If you like, you can stop for a cup of coffee. Or to admire a scenic view.

You control your destiny. You are a driver.

If cars drive themselves, then you become a passenger. A passive pound of flesh transported by the intelligence of and under the direction of someone (or some thing) else. You get there when someone else decides you get there. You travel at the speed someone else (or a machine) determines to be the “right” or “safe” speed. There will be no stopping along the way; no taking the scenic route just because.

The only difference between an automated car and taking the bus is that you don’t have some stranger sitting beside you coughing his flu all over your face.

But the essential thing is identical. You have surrendered your autonomy; for the duration of the trip, your fate is out of your control. You are now a member of the Mass. One of Many, another sardine to be fileted and packaged and sent on its way.

How is this appealing?

Oh, I know. It is more efficient. Automated cars can be slotted in tightly, perhaps just inches away from one another – and moved in synchronicity at high speeds, getting us there  sooner and faster. More people can be moved more rapidly from A to B.

There will be fewer accidents. More predictability.

And much less joy.

Psychologists (and common sense) tell us that an important part of being human – or at least, an essential part of the human experience –  is the exercise of personal mastery over external circumstances. To be able to do what you wish, according to your own lights. To enjoy the satisfaction that comes with learning a skill and exercising that skill. Of being competent.

If you like to drive, you will understand what I mean.

There’s the early thrill of being permitted to climb behind the wheel of  a car for the very first time; of learning to shift and work a clutch. For many, this is a big step on the road from teenagerdom to adulthood. It is one of the first “grown-up” things many of us get to do during our adolescence.

Once the basics are down pat, we begin to acquire skills. We get better and better at timing our merges; of learning to judge in our heads just how much room we’ve got to pull into traffic – and how much speed we’ll need to do it properly.

A smartly executed fast pass or perfectly timed corner exit is a form of art in motion.

Knowing you are a good driver – that you can handle it – is immensely satisfying.

Automated cars would take that all away. In effect, we’d be reduced to the state we were in as young children – when our parents buckled us in and took us for a drive when and how they wished. Our role was to sit quietly and await our arrival – more or less shut down in the meanwhile.

That’s the Brave New World in store for us – perhaps just a few short years down the road. The gadgeteers are hard at work. Google – a new Dark Empire if ever there was such – has been field-testing driverless cars for months, apparently.

Probably many people will welcome it.

They’re already half-dead anyhow – sleepwalking through life with reel-loop videos of last night’s game (another passive, life-through-others “activity’) and a vague hunger for another fast-food meal rolling through their minds as they slog back home to the  underwater McMansion from another day being told what to do and how to do it by impersonal others in their cubicles. For them, driverless cars are the logical end point. Why not?

If the day ever comes when I am no longer permitted to operate my car myself, that will be the day I give up on driving – as such will have ceased to be possible anyhow. 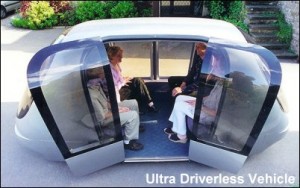 Maybe, in tribute to Edmund Ruffin, I will wrap myself in my shop manual and beat myself unconscious with a torque wrench. The New World isn’t something I want to be conscious for anyhow.