It is an act of civility to be respectful toward others – but it’s an act of cringing servility to call a cop “sir.” It degrades the speaker and it elevates the recipient of the honorific beyond his station. A cop is just a guy (or a he-gal) wearing a uniform designed to intimidate and the hardware to back it up.  To call this enforcer “sir” is of a piece with a field hand circa 1840 doing the same as he inquires, oh-so-deferentially, of massa. 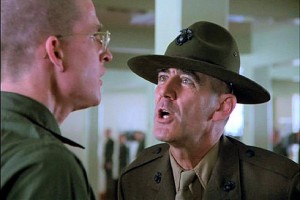 Or at least, pretending to. In precisely the same way that striped apes on the chain gang would yes boss the guy on the horse cradling the Remington 870.

Once upon a time, citizens didn’t behave like stripe apes or prison inmates in the presence of a mere cop. The attitude was best expressed by the character Paulie in the Rocky movies: “I don’t sweat you,” Paulie told Clubber Lang.

Citizens in a free country bound by the rule of law ought not to sweat cops, either.

Unfortunately, they have to – chiefly because the country is no longer free and the law is no longer on their side. Cops have been empowered to do almost anything – and can get away with doing almost anything. Hence, the fear. And the fearful Yes sirring. But this only encourages them. You’ve accepted your status as their plaything. Made it clear you will tolerate anything – are guilty, ipso facto, of everything. Stop resisting!

This is dangerous, both on the individual as well as the societal level – for the same reason that deferring to bullies on the playground is dangerous. It emboldens them – and it conditions you to accept being bullied. 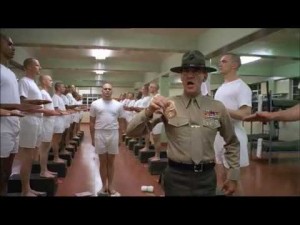 Let’s equalize things a bit, try to get them back on an even keel. Cops are still – in theory, at least – mere public servants. Typically, they are guys in their 20s or 30s who just barely got out of high school – or just barely into Turnpike Tech. They are not “heroes.” They are not the Boss of you – or me, either. They are government workers with badges and guns. That’s all. And certainly, nothing more – unless they have done something to earn being regarded more highly. Manning “safety” checkpoints and radar guns ain’t that, either.

Civility enjoins respectful adress: Hello, officer. Fine. But not Yes, sir. You are probably a grown adult. Probably older than the cop who has cornered you. The only occasion when Yesssir is appropriate is when addressing one’s superior in age – or one’s superior in rank, if you are in the military. A 50-year-old woman addressing a 24-year-old kid in a blue or black uniform as “sir” is a species of vileness formerly confined to the nations and places Americans once thought of as the opposite of what it used to be like here.

The tragedy is we’ve grown accustomed to fearing Officer 82nd Airborne – and have been conditioned to behave in his presence like a quaking raw recruit in the spittle-breeze of his drill field exhortations.

No wonder they treat us accordingly. 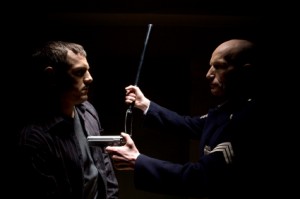 The time has come to man (and woman) up. It is necessary to comply with their (cough) “lawful orders.” It would be foolish to call Officer 82nd Airborne a pig or a thug – even though he may very well be. Think this, perhaps. Do not do this. But do not call him Sir, either.  Officer will suffice.  Once. Upon first addressing him. Speak to him in a calm voice, as a citizen entitled to respectful treatment by a public servant – not a serf in the presence of lord. Check Makro Specials and Pick n Pay Specials.

When he begins his lecture about wearing seat belts, hold up your hand and tell him – calmly – that you disagree. Or just aren’t interested. You understand what the law is. But you disagree with the law – and only obey it under duress. Also, that the law does not require you to listen to a speech touting the merits of said law.

If you are really bold, you might ask the officer whether he believes it ought to be a criminal offense to eat foods that are “not good for you.” Or to be “overweight” (something many cops are personally knowledgeable about). If he agrees, follow up by asking him why it should be a matter for law enforcement whether you wear a seatbelt… . This may unsettle him.

If you are really, really bold, you might tell the officer that ordinary people are losing respect for cops because of the way they’re treating citizens. That while they may Submit and Obey, in their hearts and minds they increasingly fear the police. That they do not feel safe when they see a cop. This, too, may possibly start the wheels turning – among the few with wheels capable of turning.

If enough of us quit yes sirring and grew a pair, maybe the cops would once again respect us.

And perhaps, treat us accordingly once again.

Reader Question: Turbo Hyundai . . . or Not?