Most people “get” that their ability to decline a service or product serves as an incentive. The seller of the service or product must convince you that the service or product is worth at least as much as the money they are asking in return. If not, and you decline, then they must try harder to convince you of the merit of what they’re selling. If they can’t convince you (or enough other people) then they go out of business. In a free economy, where willing  buyers transact with sellers who cannot coerce, only services and products that have objective merit – defined by people’s willingness to purchase them – succeed. Products and services that lack merit fail – as defined by people’s lack of interest in paying good money for them. 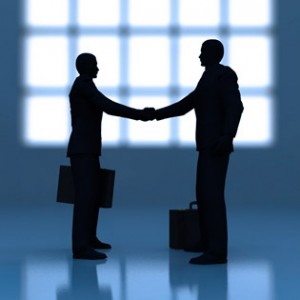 But most people have difficulty making the intellectual (and philosophical) Great Leap Forward – applying the same reasoning, the same economic discipline, to government.

It is doubtful the current system of “law enforcement” could be maintained on anything other than a coercive basis – because too many “customers” regard it as a service they’d very much like to decline and would decline, if they had any choice in the matter.

What does that tell you about the value of “law enforcement”?

For instance:  The guy down the road who likes to smoke pot on his porch (and maybe grows his own smoke in his backyard) is in no way causing me or anyone else any harm. Thus I have no interest in paying armed thugs to dragoon him in chains off to prison. My neighbor who keeps “unregistered” vehicles on his land, out of sight, hasn’t victimized anyone I’m aware of – and without a victim – that is, a real person actually injured in some objectively real way – can there be a crime? Not in my world. And so I resent being forced at gunpoint to help pay for the armed thugs who spend their days “enforcing” laws  whose transgressors have victimized no one. I would never freely give a single copper penny to Officer 82nd Airborne. 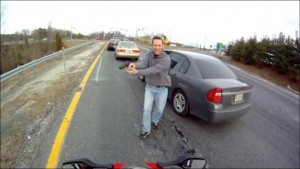 He and his kind act not merely without my consent, but with my contempt. That I am forced to help finance their activities is a source of tremendous annoyance. Paraphrasing Jefferson: To compel a man to furnish contributions of money for the propagation of actions which he disagrees with and abhors is sinful and tyrannical.

But how about a peace-keeper?

Not a buzz-cut, black sunglasses-wearing steroid-jacked thug itching to exert his limitless authority under color of “the law.” Rather, a person hired for the sole purpose of intervening when a harm is committed. An actual harm or injury to a real person or persons – as opposed to a violation of “the law.” Nothing more – and nothing less. No harassing people peacefully drinking alcohol (or partaking of anything else) provided they’re peaceful and not impinging on anyone else’s rights. No Gestapo-style “safety” checks. You are free to go about your business – imagine that! Most people’s only interaction with a peace officer would be to say hello – if they felt like saying hello. Most important of all, they’d be free – legally entitled – to say no.

Now that I’d willingly pay for.

Probably you would, too. It’d be nice to know there’s someone patrolling the neighborhood at night, on the lookout for break-ins and so on. And it would be even nicer to know that the peace-keepers’ livelihood depends on your continued willingness to pay their salaries. That in the event they cross the line and you find out they’ve begun pestering peaceable citizens, demanding to see their “papers” or stopping them at random to question/search them, you can cancel your subscription.

The peace-keepers know this, too – and it helps to keep them in line. 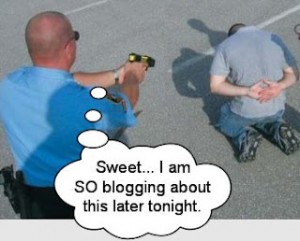 It’d never work, you say? In fact it already works. Smaller, rural counties often have an elected sheriff (and deputies) rather than a selected police chief and “professional” police force. The elected sheriff isn’t quite exactly a peace-keeper paid by the voluntary subscriptions of the members of the community – but he’s a lot closer to that ideal than the selected police chief and “professional” police force.  He – the local sheriff – is closer to the community because he’s more directly accountable. If he behaves like an ass – or a tyrant – he can be fired come election time.

The point being, the principle is practical. People who make rational choices when it comes to other products and services are just as likely to make rational choices when it comes to the “services” provided by government. If something has value, if it works, then they will freely buy it. If it does not have value, if it does not work then they will not.

This is the question we must ask – and demand an answer to.

And naturally, it is the question government most wishes to avoid answering.