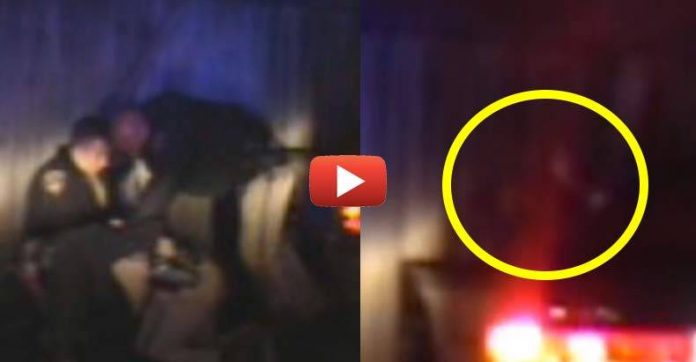 Driving into a dead end, a mentally disabled man opened his car door and raised his hands in surrender. He was met with a kick to the face and ferocious baton beating that culminated with two California Highway Patrolmen high-fiving in celebration, all captured on film.

The street-level punishment of a young man with schizophrenia by uniformed officers went unnoticed by news outlets, compared to the worldwide attention given to the similar beating in similar circumstances of Rodney King in Los Angeles X years ago and the recent killing of Stephon Clark in Sacramento more recently.

But now, after an extended legal battle, the state conceded because of video evidence and has agreed to pay $999,999 to settle Jeffrey Jurgens’ excessive force lawsuit.

The 2012 incident began when officers noticed Jurgens, who is diagnosed with bipolar and schizoaffective disorder, driving the wrong way down a one-way street in a Sacramento neighborhood early one morning. A short high-speed chase ensued and ended with multiple officers stomping and striking Jurgens – who was unarmed and weighs about 130 pounds – both inside and outside of the car.

Dashcam video captures two officers repeatedly striking Jurgens while other officers watched nearby. At one point, an officer drops to the ground and stomps the motionless Jurgens.

The officers’ blows are only interrupted by Jurgens’ screams during the chaotic 43-second video.

Once the dashcam video was exposed, local prosecutors quickly dropped all related criminal charges against Jurgens.

The beating of a mentally disabled white man at the hands of law enforcement went relatively unmentioned by local and state media. It certainly didn’t garner the attention of similar notorious taped police beatings and killings such as King in Los Angeles, Iraq war veteran Walter Harvin in New York or the recent Clark shooting by Sacramento police.

Nonetheless, taxpayers will feel the crunch of a nearly $1 million settlement negotiated between Jurgens and the CHP officers.

Jurgens by and through his mother filed a civil rights lawsuit against five CHP officers in 2014. Following years of pretrial motions and discovery, the parties settled before trial with U.S. District Judge Kimberly Mueller approving the settlement on April 26.

The defendants’ attorneys with McGarry & Laufenberg in Southern California declined to comment on the matter.

CHP information officer Jaime Coffee said she couldn’t reveal whether the officers were disciplined for the incident but said they still work for the CHP.

Under the settlement, CHP will pay a total of $999,999 to Jurgens and his attorneys within 90 days. The law firm Weiner Martinez will see most of the settlement as it charged the Jurgens a 40 percent contingency retainer fee along with attorneys’ fees for a $527,000 windfall.

Weiner Martinez didn’t return requests for comment regarding the settlement.

Jurgens’ proceeds will be placed in a special needs trust and he will still be eligible for Medi-Cal and other state social benefits.