In the original Matrix movie, there’s a character named Cypher who decides that life is more comfortable for him within the confines of the false-reality programming that is the Matrix. He betrays his comrades, in return for being plugged back into the Matrix – back into his comfortable (though illusory) life of ease and affluence. 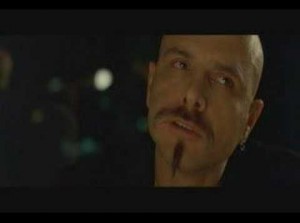 I got to thinking about Cypher’s choice as a result of a discussion I had recently with someone about a real-life Cypher. You may know of him.

His name is Alan Greenspan.

A long time ago, Greenspan was a champion of free market economics – an associate of the famous writer Ayn Rand and the author of Gold and Economic Freedom. He opposed central banking – and fiat currency. He vigorously defended sound money – and the vital (to economic liberty) necessity of moral hazard. The concept  that people must be free to prosper – or fail – according to the merits of their ideas and their work, without fear or favor from the government.

His was a mighty voice for economic – and thus, individual – liberty.

But then Alan sold out. He plugged back into the Matrix. He became the apotheosis of that which he had once reviled: chairman of the Federal Reserve! The head of the private banking cartel that manipulates boom-bust for its own financial gain. The entity that devalues the currency at whim, causing and creating the economic instability that makes financial security all-but-impossible for the average person. 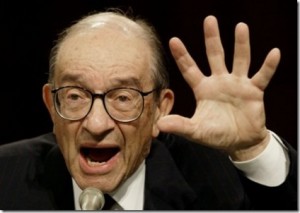 The leading light of sound money became its most deadly enemy. The proverbial ringmaster of casino capitalism.

And was richly rewarded.

Alan Greenspan became  wealthy, famous and powerful. For many years, as Fed chairman, he literally controlled the U.S. banking system – which is another way of saying he controlled the U.S. economy. Which is to say, his whim affected millions of people. Will interest rates go up – or down? How much inflation can we expect next year? Is it a good time to buy – or sell? The augurs parsed his every word, his every inflection… what will the Great Man do?

Augustus Caesar never wielded such arbitrary power over the masses.

It must have been intoxicating. It opened many doors – doors that would have remained forever closed to a defender of sound money – and so, an enemy of the Fed.

Of course, Greenspan must live with himself. And with what he did.

Which brings us to the question – a question not unlike the one Morpheus posed to Neo – and before Neo, to Cypher:

What would any of us have done if presented with the same choice – what amounts to Cypher’s choice? Either: Spend a lifetime, perhaps, tilting at windmills – never convincing enough people to unplug from the Matrix …  casting pearls before swine  . . . probably living a harder life yourself as a result. Eyes open – but pockets empty.

Or: Give up on the masses. Decide they are – mostly –  incorrigible. Conclude that, while there are some who can be unplugged from the Matrix, most prefer the Matrix world of illusion, fraud and coercion. So why not give it to them? Let them have their panem et circenses – their football and America’s Got Talent. Their payday loans and home equity lines … their consumerism and debt, McMansions and income taxes?

And make some bucks for oneself along the way? 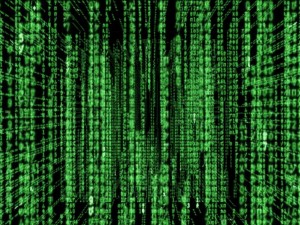 I understand what Greenspan did. And I have to admit, if I am to be honest about it, that I’d be tempted to do the same – for the same reasons. God help me. I hope I wouldn’t. I try hard to keep an optimistic perspective and hope that enough people come around in time … .

But then I remember the tens of millions who will vote for Obama – or Romney. Actively – that is, enthusiastically – vote for them. The scores of millions who believe in – who want – authoritarianism and redistributionism (pick your flavor). Who actually do “hate freedom” – as The Chimp put it.

In which case, why fight the inevitable? Why not make the best of a bad situation? Money does equal power – and power can insulate one (and one’s family) from the massed millions out there….

And with a couple million, one could buy a very safe retreat, well-stocked and far, far way from the coming shit-storm. Or, just hop in one’s private jet and leave. . .  . The safe house in Argentina (or wherever) is waiting. Let the masses have what they crave – their fuuuhhhhttball and TeeeeVee and their SmoooVees and shopping malls  – and gnaw each other to a bloody pulp.

I hope they weren’t. But I fear they may have been.

Just look around. It is hard to be optimistic. America is becoming the new Soviet Union – or perhaps something even worse. And most people welcome it. Or at least, don’t give a damn about it. So long as they are plugged in to the Matrix… into their false world of illusory comforts, of status and power (ephemeral though it may be)…

Stopping this – let alone reversing it – may be as hopeless as trying to push an already-rolling car back up the hill. In which case, perhaps better to stand aside and let the thing proceed on its way.

Maybe we can salvage something from the mess afterward.

Changing Oil Too Soon – or Too Late?