Mandatory car insurance is a pretty hateful concept – a form of prior restraint that says, in effect, because you may cause injury  you must be insured against the possibility. Even though millions of people go a lifetime without ever actually causing anyone any injury, they suffer the certainty of paying, year in and year out, fees to the insurance mafia – backed by the ever-present billy club of the state. Over 20 or 30 years, the sum lost can easily run to $20,000 or more.  Out the window – and into the pockets of the insurance mafia. 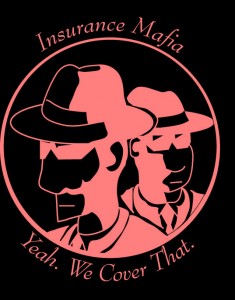 Worse, though, is this business of forcing people to purchase insurance coverage on every vehicle they own – even though (so far as we know) a person can only drive one vehicle at a time.

Wouldn’t it be more reasonable to insure the driver?

After all, cars don’t drive themselves – yet. Until the driver gets behind the wheel, they’re inert. If he’s driving one, he can’t be driving another. Which means, he can’t cause injury or damage with the vehicles not being driven. Thus, even the odious prior restraint argument so beloved by Clovers doesn’t hold water.

So why – in effect – tax him multiple times? Why compel him to pay for coverage that, by definition, is unnecessary?

This question answers itself, of course. It’s because of the money to be made by the insurance mafia.

Each car equals a ka-ching.

Sure, the insurance mafia will usually give you a “multiple vehicle” discount – but you’re still paying for multiple vehicles. Which means, you’re paying a lot more than you would if you only had to insure yourself.

It’s a particular burden on the car (and bike) hobbyist/enthusiast, who may have three or four (or more) vehicles. Typically, only one is the “daily driver.” The others go out occasionally. Some sit for months on end – as in the case of motorcycles during the winter. Others may be temporarily inoperable while they undergo repairs. But even so – in many areas – The Law, friend of the insurance mafia – says all vehicles must be registered – or else they’re subject to seizure as junkers or derelicts by the polizei. There have even been cases of on private property, out-of-sight, in the backyard or garage – but unregistered – vehicles being threatened with seizure or actually seized by the local thug scrum. 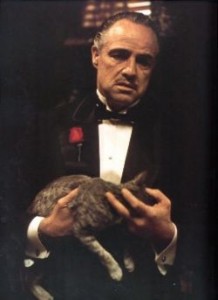 And naturally, The Law also typically says that any registered vehicle must also be insured.

Failure to comply can bring down onerous retribution – especially as regards the mandatory insurance coverage. Even if the vehicle never leaves your driveway, it better be insured – or else.

A reasonable – and so, fair – system would insure the driver, not his vehicles. Base his premium on his individual risk profile – based on his particular history of causing accidents and incurring losses – as opposed to the group-guilting that is typical today. You know: You’re single, male – and under 30. So even though you have never caused an accident or cost the insurance mafia a penny, the fact that other under-30s have been involved in accidents (for whatever reason) becomes the pretext for higher-than-usual premiums for you.

Or you own a “sporty” car. There are numerous pretexts – none of which, of course, have anything to do with something you’ve actually done. Just something you might do.

Enter prior restraint – and fat fees.

Insuring the driver rather than the car would probably cut the typical multi-vehicle owner’s insurance costs by one-third to one-half, depending on how many vehicles he is currently forced to insure. And there would be no “losers” – except, of course, the insurance mafia.

People would still be covered.

And if people could say no  . . . as in “No thanks, I’ll pass. Your premiums are too high. I think I’ll set aside some money for just-in-case instead” – insurance costs would plummet. Because the insurance mafia would no longer be a mafia. Because it could no longer use force against its “customers.” Instead, it would have to rely on peaceful persuasion – on offering people a good deal. Something they actually need – as measured by their willingness to pay for it.

But we can’t have that, can we?

Prior restraint – and government-backed shakedowns – is infinitely preferable to  peaceable free market interactions.

From a certain perspective, of course.