Time passes – things change. Here’s a quick look at some of those things, for instance: 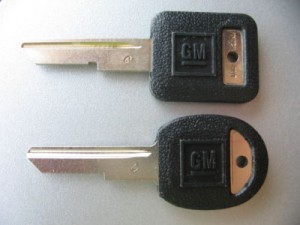 Once upon a time, you had two car keys – one to unlock the doors, the other to start the engine. Two keys went out of style sometime in the late 1990s/early 2000s. Newer cars have just one key that unlocks the doors and starts the engine. But they’re on the endangered  species list, too. Physical keys are becoming fairly uncommon. Most new cars have a transmitter fob instead – and a button you push to unlock the door (and start the engine). Probably within a year or two, physical keys will be history. And in 20-something years, people will say, “do you remember when you had to put a key in the ignition switch?”

Heck, in 20-something years, probably the transmitter fob will be antique, too.  My guess is they’ll key the car’s locks to the owner’s  fingerprint – or some other “biometric” identifier.

How about a choke? That’s going back a but farther – to the late 1980s. Back when car engines got fed gas via carburetors, you usually had to set the choke when the engine was cold in order to be able to start the engine. The choke temporarily richened-up the incoming air/fuel mixture and was engaged manually either by pulling a knob out or by pushing down on the accelerator pedal, which tripped a mechanical linkage on the carburetor. Then, you’d have to let the car “warm up” for a minuet or three before it was ready to drive off. Otherwise, it would often stall out on you. Ah, the good old days!

Today, you just turn the key – whoops, push the start button – and off you go. Fuel injection systems have a cold start enrichment circuit, but no choke – and they do it all for you, automatically. Just get in – and go. No need to warm up the car. In fact, idling the engine will delay its warming up, wasting gas as well as keeping you cold  because the car’s heater is also taking longer to “warm up.” 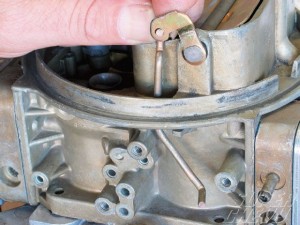 Cars without a Third Eye. Remember them? As Elvis used to say sometimes, it’s been a long time… .

All cars built during the past quarter century have the Third Eye – formally, the Center High Mounted Stop Light (CHMSL). The Feds require it – so we get to buy it. But the CHMSL was once a novelty item that some people added to their cars. You could buy them in the JC Whitney catalog.

Some studies claim the Third Eye has reduced accidents – especially rear-enders, because people react faster to the higher-mounted CHMSL than they did to lower-mounted regular brake lights. That’s probably true. It’s also true that the CHMSL is an aesthetic atrocity – and sometimes, adds a significant unforeseen cost to cars so equipped. Some CHMSLs have shockingly pricey bulbs – often, five or six (or more) of them – at $10 or $20 (or more) per bulb. As OJ used to say, look out!

Today, you can immediately spot a pre-modern car by looking to see how many brake lights it has. If it’s just the two, it’s pretty old. At least 25 years old – because the newest car to leave the factory without the CHMSL was built back in 1986. Anything after that ought to have the CHMSL. 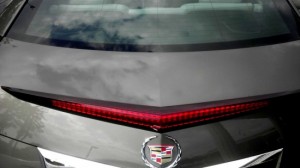 Ok, how about … automatic seat belts?  For a few years starting in the mid-late ’80s and into the 1990s, new cars came without air bags – but with seat belts that strapped you in automatically, as soon as you got in the car. Unlike air bags – which are also known as passive safety devices – automatic seat belts were very active safety devices.  They were also very annoying and awkward – and probably few of us were sad to see them retired in favor of air bags.

Flat car floors. Here’s one I do miss.

If you grew up during the ’60s or ’70s, you grew up with rear-drive cars. They had a big hump right down the centerline of the floorpan, in order to make room underneath the car for the driveshaft that ran longitudinally from the engine/transmission up front to the drive axle in the rear. This hump ate up a lot of the available interior real estate – neatly dividing the two sides of the car. It also left little in the way of legroom for the person stuck in the middle seat, who got to ride all hunched up, fetal-style.

Then came the first wave of mass-market FWD cars in the ’80s. Many of these had nearly flat floorpans – because all the running gear (the engine/transaxle combo) was up front. Now three people could sit comfortably side-by-side, with plenty of legroom for all – including the man in the middle. But it didn’t last – even though FWD did and remains the dominant layout today. Instead of a hump for the driveshaft, as in a rear-drive car, most current-era FWD cars have a hump for the exhaust system, to tuck it out of harm’s way. Many modern cars sit pretty low to the ground; if the exhaust pipes ran directly underneath the floorpans, they’d be in danger of bottoming out on dips in the road, potholes and so on. To avoid this, the floorpan hump returned – at the expense of middle seat legroom. 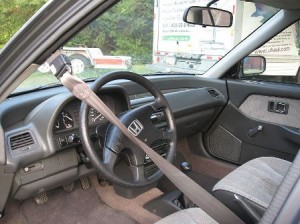 Here’s an item that’s been “thrown in the woods” . . . flow-through venting.

Cars built before the early-mid ’70s typically did not have air conditioning. In those days, AC was a pretty high-end option, not the de facto standard equipment it is now. To deal with the heat, most new cars in those days came with a system of air vents that relied on flow-through air, not an electric fan (like today) to circulate air through the cabin. You typically pulled a knob that opened (and closed) these huge vents that ducted a big chunk of the outside slipstream directly into the car. At highway speeds, this was usually quite sufficient to maintain a reasonable level of comfort for passengers. So, why did they disappear? Partially, because nearly every car built in recent years comes with AC – including low-end economy cars. The other probably has to do with body integrity issues. Having those big openings for air also means that water (potentially) and wind noise (certainly) get in, too. And in the modern era, people don’t want noise – much less water – inside their cars.

On final item for today: Radio antennas built into the car’s windshield. GM pioneered this idea, for both aesthetic as well as practical reasons. Embedding the antenna in the glass eliminated the ugly antenna mast – as well as the then-common problems associated with the antenna masts of the day, which typically were not powered (and if they were, the powered part broke down early – and often). And those not powered fell frequent victim to vandals, or automatic car washes. The embedded antenna eliminated those problems – but unfortunately, also eliminated most of your AM/FM reception, too. If you weren’t very close to the transmitter source, forget about it. Then you had to rely on your 8-track…

But that’s a subject for another time!