I’m more than a little bit concerned the latest generation of plug-in hybrids (and all-electric cars) might actually work out. Because if they do, you can bet your bippie the government won’t let them get away with it. 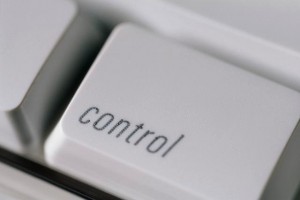 Internet commerce provides an ominous parallel. People were free to conduct business without tithing to the state. So-called e-commerce blossomed – the two obvious examples being Amazon and eBay. This could not be tolerated, of course – and the state is on the verge of passing new legislation that will force online retailers to collect taxes (see here) and even force users to file 1099s (in the case of eBay; see here) just like any “storefront” business, but without even the greasy pretext used to shakedown the “storefront” business – i.e., the fact that a physical business can be said to use the “resources” of the state/municipality and thus must compelled to “contribute” its “fair share” to the state/municipality.

And more than just the money, actually. They want to know what you bought – and sold – and to whom.

They want control. Absolute, total control. Of everything.

The state ruined Paypal – which originally provided a way for people to transact business anonymously and without cutting in Uncle Sam (a major “crime” in the USSA) and will soon ruin Amazon, eBay and countless other online retailers. The Net is about to be locked down as tight as anything else under government’s thumb. It was permitted to be free until it became too successful. And that is exactly what’s going to happen to the cars that are supposed to free us from $4 a gallon fill-ups. As soon as they can actually do that – and as soon as there are enough of them in people’s driveways – the boom will be lowered.

I suspect we’ll end up paying even more to drive – that is, whenever we’re allowed to drive.

I just got through reviewing the 2013 Toyota Prius plug-in hybrid. (See here for that.) Unlike all previous Priuii this one can realistically operate entirely on electricity. Fully charged, it has a range of about 14 miles or so so – enough to make it to the office for many people. If they can plug the car in at work, they might be able to make it back on electricity, too.

And that’s the rub. 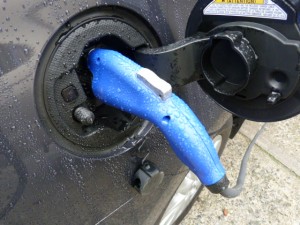 Do you suppose the same government that will soon force eBay users to file 1099s and which is going to apply taxes to all formerly “tax-free” online purchases will stand back and do nothing as hundreds of thousands – then millions – of people buy a car that uses no or very little gas – and so pay no or very little gas taxes? Do you suppose it is possible the government will make electricity more expensive? Perhaps even limit access to it?

Right now, it costs very little – almost nothing – to charge up a plug-in hybrid like the Prius. The DOE says  the Prius needs about about  3.2 kilowatt-hours of  juice to travel 25 miles – which works out to about 75 cents’ worth of electricity (see here for more stats.) Put another way, the cost per mile is about 2-4 cents on electricity – as opposed to about eight cents per gallon for a vehicle burning $4 gas that gets 30 MPG.

Keep in mind that each gallon of gas includes roughly 60-75 cents of tax (federal, state,local). While electricity is also taxed, it is taxed far less. Right now, anyhow. How long do you suppose that’s going to last? What will the government do when a third of the vehicles out there burn no – or very little – gas? And their owners pay very little in the way of taxes? Will it stand idly by as revenue is diverted from its pockets back into the pockets of those who earned it (and who are trying to save it)?

Expect electricity to be heavily taxed in the near future. It will be sold as necessary for “conservation” and “the environment” – since so much of the electrical generating capacity of this country is based on coal and oil-fired utility plants. Instead of being the playthings of OPEC, our controllers will be much closer to home. 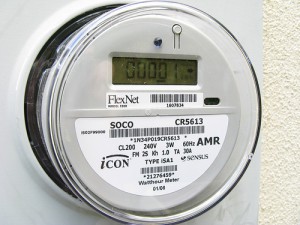 In our homes, in fact.

You may have heard about “smart meters.” These are being installed in homes all over the country – often, against the wishes of the homeowner. One guess why people might object…

Here’s why: Smart meters make it possible for the power company to closely monitor your home’s electrical usage in real time – and gives the power company the ability to “adjust” how much power you may use at any given time. In New York – fief of Gauleiter Bloomberg – the power company can (and already does) turn down people’s home AC units while they’re away – in the name of “energy conservation.” The homeowner can – for the moment – over-ride the power company and turn the AC unit back up to whatever level he likes. But this “demonstration project” should give any thinking person the creeps. (Read up on smart meters here.)

Back to hybrids and electric cars. Imagine five or so years down the road. Millions of these cars are in circulation. They are drawing a considerable amount of power from the grid (or at least, that’s what we’ll be told).   The grid – already on the verge of blowing a fuse in 2012 – can’t handle the additional load.  Brown-outs (real or contrived) become routine. Go to the head of the class if you see where this is headed. Yup – restrictions on the use of electricity. In particular, its use for private transportation purposes. 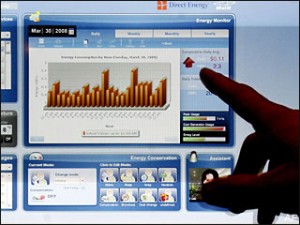 Now here’s where it gets really clever.

Not only will Smart Meters allow the PTB to limit how much juice you’re allowed to download – into your home as well as into your hybrid/electric vehicle. Your vehicle – which will be equipped with a GPS transponder (as almost all new cars are already equipped with) can – and will be – turned on and off remotely, by the same PTB. Those of a certain vintage will recall the days when gas was rationed.

In the future, private transportation itself will be rationed.

You will be permitted to “fuel up” – and drive – only when (and where) your controllers say you may. And unlike the old days, there will be no end-running around this control grid.

High ethanol-content fuels such as E85 and E15 will eliminate most older vehicles – forcing people to buy a new vehicle, equipped with all the technology needed to keep track of them and control them. (Cars without this technology will be deemed “unsafe” – and either outlawed outright or required to be retrofitted with the required technology). 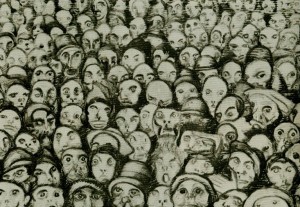 It’s all coming – and soon.

The moment hybrids and electrics actually work – that’s the moment when the hammer will come down.