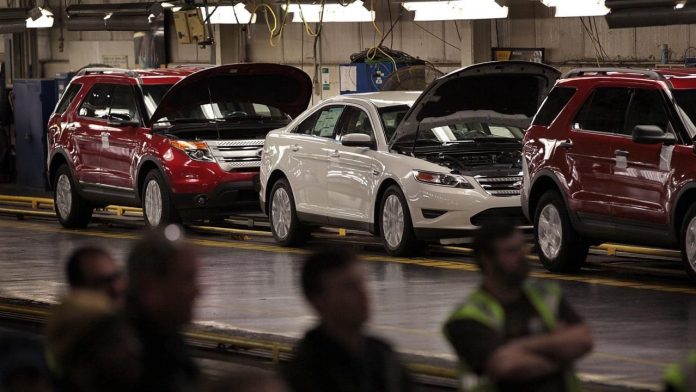 The company which first successfully mass-marketed cars will soon no longer be selling any.

Other than the Mustang and maybe a version of the Focus, the only “cars” Ford will be selling in the future will be jacked-up cars (crossover SUVs) and a few real SUVs – the ones based on trucks, like the F-150-based Expedition and Lincoln Navigator.

But bye-bye Taurus (again; this isn’t the first time the Taurus has been cut from the roster) as well as the rest of Ford’s non-crossover/non-SUV lineup. 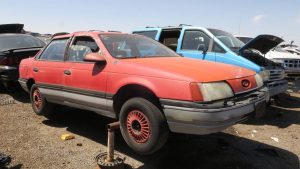 The reason for the giving up on cars has to do with the giving up of buyers on cars. It’s not Ford cars, per se. It is cars, generally. Toyota and Honda are having trouble selling cars, too. Including two of their cars – respectively, the Camry sedan and the Accord sedan – which have for decades been the best-selling cars on the road.

But getting to be less so.

Both the Accord and the Camry are new models, too. The higher numbers listed above were for sales of the old models. Usually, when a popular car is given a major makeover, people buy more of them. The fact that people are buying fewer is, as the saying goes, not good news.

The news is worse over at Ford.

It’s hardly worth the effort. Which is why no more effort will be exerted.

Meanwhile, sales of the Expedition – a full-size SUV – have almost doubled over the same period. This March, Ford found buyers for about 5,600 of the just-updated 2018 Expedition (my review of this big ballsy bus is here) vs. 3,700 sold back in March of 2014. The Expedition’s upmarket twin – the Lincoln Navigator – is also doing even better. 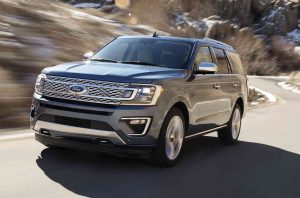 Now you know why Ford has decided to stop selling cars and focus – couldn’t resist – on SUVs (and crossover SUVs) instead. It is not unlikely that other car companies will follow this lead, possibly even Honda and Toyota. But the question which is rarely asked (to borrow a line from The Chimp) is . . . why aren’t cars selling well anymore?

Could it be because they are too damned small?

When sedans ruled America’s roads, they were big. Six people could ride. Huge trunks, with plenty of room for whatever you needed to carry. And there were station wagons based on those cars, which had room for even more. The biggest of them could carry as many as nine people. 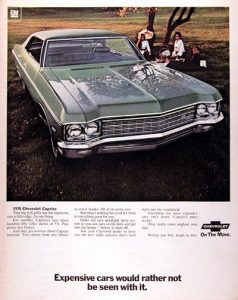 But they’re all gone now.

Did the market lose interest?

Certainly not. The interest merely shifted – to crossovers and SUVs. Which are big in the way that cars used to be. But aren’t anymore – for the most part – because of the pressure to make them ever-smaller, for the sake of achieving compliance with the government’s fuel efficiency decrees.

SUVs were born of these decrees. They came into existence as a way to get around the decrees – which initially targeted “passenger cars” but not “light trucks.” These “light trucks” were given enclosed beds, with seats bolted to them. 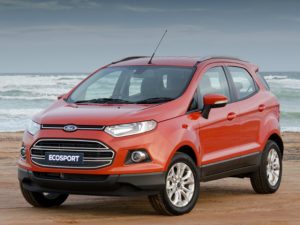 Crossovers – which came later – emulated the idea, but used cars as the building blocks. By this time, the fuel efficiency decrees applied generally – so the crossovers had to comply, too. But people had gotten used to – and really liked – the jacked-up ride height and even if the crossover was based on a smaller car, it still had much more room inside (especially for cargo) than a comparably-sized car. There’s only so much you can do with a trunk – especially if the car isn’t a full-sized land yacht such as average Americans were once able to buy.

But can’t afford to anymore because really big cars are almost all high-end (and high-cost) luxury cars well out of their financial reach.

Most current mass-market cars are mid-sized or smaller. The biggest of them have maybe 16 cubic foot trunks. Most are smaller than that. A same-sized (in terms of its footprint) crossover will usually have at least twice the space behind its back seats – and with those seats folded down, the available space opens up to three or even four times the space you get in the same-sized car’s trunk.

Crossovers and SUVs compensate for what’s been done to cars by Uncle.

And because of Uncle – because crossovers and SUVs now dominate the market – fewer and fewer people want to be riding low in the valley, in the shadow of all those jacked-up crossovers and SUVs. It’s hard to see around them and it’s alarming to see one of them closing at high speed in the rearview. If that crossover or SUV hits your car in the ass, you will – to quote Ivan Drago from Rocky IV – lose.

So it makes sense that Ford has decided to drop cars.

The market already has – because of what Uncle has done.

Reader Question: Is It Stupid to Buy a Hybrid?