The government cares about revenue – and control. It posts speed limits accordingly. 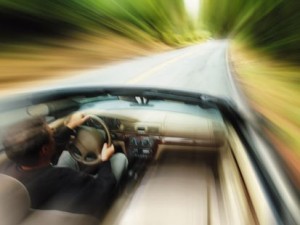 At best – that is, assuming benevolent if condescending intent – they are posted based on the least common denominator: The abilities (rather, the lack thereof) of the most inept Clovers possessed of a license to drive. If one old lady can’t handle a curve without reducing her speed by 20 MPH – or execute a safe passing maneuver without needing an entire mile of perfectly straight road to do the deed – then everyone else must be compelled to operate at her level, rather than expect the old lady (and Clovers, generally) to up-rate their skills to an acceptable level.

The corollary of this dumbing-down of expectations is enforcement based not on actual harm done – or even plausibly threatened – bur rather on the fact of a statutory violation (as is true of 90 percent of law in this county today).

Thus people are routinely ticketed for no reason other than their having exceed an arbitrarily set – and often deliberately under-posted – speed limit.

Well, there is a reason: To collect revenue.

If “safety” were truly at issue – if all these technical foul infractions were in fact dangerous – then offenders would be dealt with – quite appropriately – criminally. The system does not ticket people who brandish firearms – and then send them on their way with their weapon, on the brandisher’s promise never to brandish again. Yet the system – as a matter of routine – issues millions of tickets every single day to allegedly dangerous drivers who are in possession of an implement potentially as or more lethal than a firearm – and is happy to let them continue driving, so long as they keep on paying. 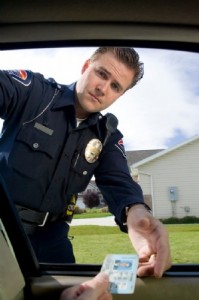 It is only failure to pay that results in them deciding you must be prevented from driving. Note that even DWI offenders almost always have their driving “privileges” restored – provided they pay the fines and pay to attend the ASAP classes and pay the insurance mafia what it demands.

It is – and always has been – all about the money.

Well, there is one other thing: control. Deliberately under-posted speed limits (and other ridiculous traffic edicts, such as mandatory “buckle up” laws) provide a ready excuse for  the state’s enforcers to pull people over almost at will. This, in turn, gives these enforcers the opportunity to look for other “violations” – which may and often does lead to more revenue – sometimes, even the vehicle itself under the war on some drugs’ asset forfeiture laws.

More profoundly, though, it is a way for the state, via its costumed enforcers, to assert its authority over us.  To remind us – As Lenin once put it – who does what to whom.

It is a characteristic of unfree societies that “laws” – and their corollary, enforcers – are ubiquitous. Impossible not to encounter merely by dint of existing and trying to function.

The object is to keep people in a state of perpetual apprehension. And by “people” I mean ordinary everyday citizens – not the always small element in any society that is actually criminal in the common law (natural law) sense of creating victims via their actions. These people – the real criminals, who create real victims – are incidental as far as the state is concerned. There’s no money in them. Or control, either. The sweet spot, for the coercive authoritarian state, is the average person just trying to go about his life.

This is why, in non-free societies, non-crimes are criminalized – and pursued much more aggressively – than real crimes that involve actual victims. Because that’s where the money – and the power is. 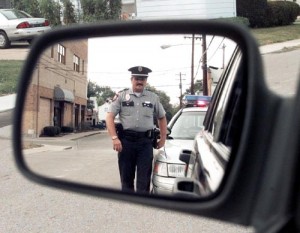 But back to “speeding.”

By any reasonable standard, if we are to have set speed limits (and that’s debatable in terms of its desirability) shouldn’t they actually be limits? The maximum velocity under absolutely ideal conditions, assuming a top-notch driver in a top-notch car, etc? But what do we actually have? We have statutory speed limits that are typically set 5-10 MPH below the normal cruise-controlled, sail fawn gabbling flow of traffic. Think about this a bit. On any given road, almost all the cars are driving slightly faster than the statutory speed limit.

What does this tell you about statutory speed limits?

It tells you they’re not limits – in other than a purely contrived, political-legal sense.

The fact that almost everyone – even Clovers – “speed” as a matter of routine speaks volumes about the nature of most statutory speed limits.

Widespread, almost universal flouting of any given law is strongly persuasive that the law itself is preposterous. And malicious. Think Prohibition. Or, closer to home, the 55 MPH National Maximum Speed Limit for highways that was in force for 20 long years. Politicians decreed that what had been legal yesterday (70-75 MPH) and so – one must presume, reasonable and safe – was all of a sudden “illegal speeding.” Did the highways change overnight? Did the cars? Did people suddenly become incapable of driving 70 safely on Tuesday even though they had done so on Monday? Then, just as arbitrarily, the law was changed again.  Just as suddenly,  it was once again “safe” (we presume) to drive 70 on the very same road – in the very same car – with the very same person behind the wheel – who the day prior to the law’s going into effect would have been ticketed for “dangerous speeding” had he driven the same speed on the same road in the same car. 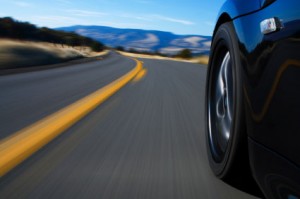 It was a farce – yet people learned nothing from it.

Because the situation on today’s secondary roads is precisely the same as the situation was on the Interstates during the reign of Drive 55: Near-universal disobedience of speed limits we all know are not limits in any meaningful, real-world sense. Rather, they are political-legal constructs we must pretend to pay lip service to whenever a cop – a revenue collector – is in the area.

And so the game goes on. As it must. Because the government must have revenue.

And absolutely must control us.

Our “safety” requires it.

Know a Man by Knowing his Enemies