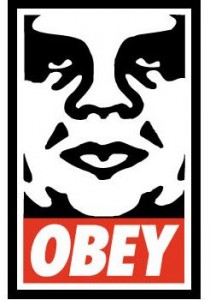 The surveillance society continues to grow unabated, as the city of Baltimore becomes the latest governmental entity to trample civil rights in the name of “public safety.”

According to the Baltimore Sun, city officials have now authorized the recording of private conversations on public buses “to investigate crimes, accidents and poor customer service.”

Marked with signs to alert passengers that open mics are picking up every word they say, the first 10 buses with the new surveillance equipment began operation towards the end of October. Eventually, officials say they will expand the program to 340 buses, or about half the fleet, by next summer.

“We want to make sure people feel safe, and this builds up our arsenal of tools to keep our patrons safe,” said Ralign Wells, the Maryland Transit Administration chief. “The audio completes the information package for investigators and responders.”

At this point, it’s appropriate to remind readers that “public safety” is the excuse of choice for authoritarians who no longer feel constrained by the Constitution. But then, why would they, considering they are being enabled by a federal court system that, time and again, upholds such blatant violations as “reasonable?” The MTA said it first checked with the state Attorney General’s office on the legality of adding audio surveillance; the AG’s office said it was, based on a 2000 appeals court decision, in which a panel ruled such surveillance did not violate state wiretapping laws (no word on how public eavesdropping applies to a law regulating wiretapping, but the use of tortured logic to implement unconstitutional measures is not a new tactic to authoritarians).

The American Civil Liberties Union does not always come down on the right side of the Constitution either, but in this case, the organization has it right.

David Rocah, a staff attorney with the Maryland chapter of the ACLU, said he was “flabbergasted” by the plan, which he says is being implemented under the guise of a pilot program after a similar proposal was rejected by the state’s highest-ranking transportation official and the General Assembly three times in 2009.

“People don’t want or need to have their private conversations recorded by MTA as a condition of riding a bus,” Rocah told the paper. “A significant number of people have no viable alternative to riding a bus, and they should not be forced to give up their privacy rights.”

MTA police dispatchers say they receive anywhere from 45 to 100 calls daily from bus drivers reporting everything from unruly passengers to criminal activity. Capt. Burna McCollum, commander of the MTA police technical services division, said that while video is a very useful tool in helping to solve crimes, the audio is needed because, essentially, he wants to take away a witnesses’ choice not to get involved.

As reported by the Sun, “Video is a critical tool for investigators sorting out the details of an incident, but when witnesses walk away, are reluctant to cooperate or give conflicting accounts, an audio recording can fill in missing information,” McCollum said.

Translation: Police will now be able to force city residents to get involved in criminal investigations, even if they would otherwise choose not to for, say, personal safety reasons (no word on whether police are prepared to provide such unwilling witnesses 24/7 protection for as long as necessary).

Other area transportation systems have chosen the correct constitutional route and have decided against audio surveillance, the paper said.

“It’s an end run and ripe for a court challenge,” Sen. James Brochin, a Baltimore County Democrat and member of the state Senate Judicial Proceedings Committee. “They have absolutely no grounds to do this. If we can’t get them to listen and change their minds, we’ll deal with this … and make them defend what’s indefensible.”