The worst mass-killing at an elementary school didn’t occur last week – and it didn’t involve a gun. 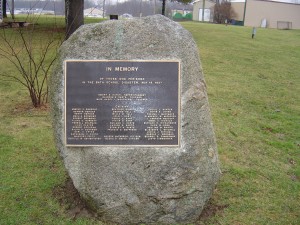 On May 8, 1927, 55-year-old Andrew Kehoe detonated multiple homemade bombs at the Bath Consolidated School in Clinton County, Michigan. At about 8:45 in the morning, the first of the bombs went off, destroying most of the school’s north wing, killing 38 schoolchildren, two teachers and four other adults.

That’s 44 dead – 17 more than died at the hands of the Connecticut Creep last Friday.

Kehoe had planted another device – 500 pounds of explosives – in the basement of the school, but was unable to detonate this bomb before killing himself (by blowing himself up, along with his truck) as rescuers arrived on scene. His clear intent – and damn near actuality – was to blow up the entire school. Which could have resulted in the deaths of hundreds of schoolkids.

Prior to his attack on the school, Kehoe had blown up his farm – and beaten his wife to death with a blunt object.

Probably, you’ve never heard about what came to be called The Bath School Disaster  – which to this day remains the single worst mass killing at a school in the history of the United States.

And one that was executed without so much as a shot being fired. 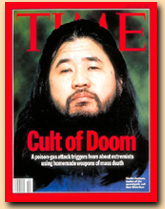 Perhaps because the Bath Disaster is proof that banning guns – even if such a thing could be accomplished, in the sense of denying evil people access to guns – cannot prevent the mass murder of innocents. A psychopath such as Andrew Kehoe – or the Connecticut Creep – will find a way. And the fact is, a bomb – or poison – is a far more effective way to kill large numbers of people than an AR-15 or a Glock.

For example, in 1995, the Aum Shinrikyo cult in Japan deployed Sarin gas in the Tokyo subway. Five members of the cult each carried multiple packets of liquid Sarin, about 900 milliliters in total per attacker. A single drop of Sarin can kill one adult. Fifty people were severely injured – and thousands suffered temporary vision and respiratory problems.

It was nothing less than a miracle that no one was killed.

But they easily could have been.

Without a single shot being fired from so much as a single-shot Derringer.

Much less a “high-capacity” magazine or “assault rifle.”

Japan has among the strictest gun control regimes in the world. Yet that didn’t prevent a near mass-murder. And arguably, encouraged it in the sense that it easily could have been far worse than merely spraying a subway with gunfire.

Piers Morgan, et al, might want to consider the “lessons” of Bath – and Tokyo – before continuing to demand that innocent people be denied their right to own a gun. Their right, that is, to the only effective means of self-defense against the Connecticut Creeps of this world.

Their right, moreover, to not be treated as if they had done something because someone else might do something.

Probably he and others who believe as he does will not reconsider. Because that would require them to think rather than emote. Because their beliefs – their feelings – are what’s at issue here.

Facts such as those above. Facts such as that 40 percent of the appx. 13,000 homicides that occur each year in the United States do not involve firearms. But no one advocates “knife control.” Much less “fist control” – to say nothing of “car control” – despite the fact that vastly more people die each year as a result of car crashes than as a result of the criminal misuse of a firearm. 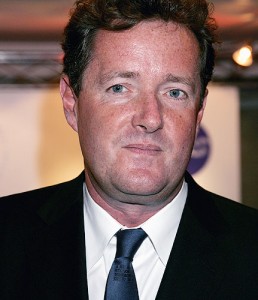 There are appx. 8,600 gun-related murders in the U.S. annually. An ugly fact. But the truly telling fact is that the overwhelming majority of these murders occurred in areas where it is illegal – or very difficult – to lawfully possess a firearm. If you were to look at a map of the United States, with each of the 8,600 murders represented by a red pin, you would see clusters of red pins in areas such as Chicago, IL, New York City, Washington, DC – and Sandy Hook, CT. The “gun free” zones. Meanwhile, in the gun-friendly areas  (areas where citizens are not denied their right to possess a gun) virtually no pins.

Just not the facts that fit The Agenda.

Which is why such facts must be ignored – while non-facts (such as the presence of guns being correlated with more murder and mayhem) are talked-up by such as Piers Morgan and his fellow shedders of Obama Tears.

Because that’s how they feel about guns.

Piers revealed his fundamental lack of reason during a recent on-air rant against guns – when confronted with the entirely reasonable arguments laid out by Gun Owners of America’s Larry Pratt (see here for the clip).

The disgraced ex-newspaperman (that’s Piers Morgan) was reduced to name-calling  – “you’re a very stupid man, aren’t you?” – which not only made Morgan look stupid but far worse, entirely hysterical.

And that is what we are up against. Childish, emotional hysterics.