NHTSA and the insurance Mafia want to see fines for not buckling-up jacked up to as much as $100 in order to “encourage” higher compliance with mandatory seatbelt laws. 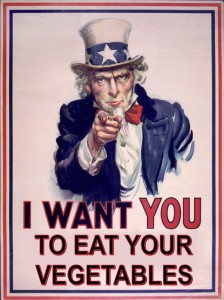 Apparently, the $25 hit imposed at gunpoint that’s the current national average fine just isn’t sufficient. Neither are the DMV demerit points some states and (of course) the District of Columbia) assign if you’re found unbuckled and which the insurance Mafia uses as the basis for “adjustments” to your can’t-say-no-thanks, enforced-at-gunpoint insurance policy

Higher fines would improve “compliance” by 6 to 7 percent, according to (yet another) taxpayer-financed study of the obvious.

Threaten people with violence  and – surprise – they’ll  do what you say.

But the question more people ought to be asking is whether it’s right to threaten anyone with violence for such things as not wearing a seatbelt. And if that’s ok, then shouldn’t the system at least be consistent and hit people who don’t exercise – or who are grossly overweight – with fines as a well? Call it it the Tubby Tax. After all, the same reasoning applies.

Or at least, it ought to.

NHTSA and other buckle-up-at-gunpoint advocates argue that wearing a seat belt is “safer.” True enough. Just as it is also true that it’s safer to exercise regularly – and to not be grossly overweight. Why, then, aren’t couch potatoes and fat slobs threatened with violence by costumed goons? Is their “safety” of less importance than the unbuckled driver’s?

The beefy impose higher actual costs on society, too –  in the form of major health problems such as early-onset diabetes, arteriosclerosis, degenerative joint diseases  and so on than do unbuckled drivers – most of whom never impose any costs on anyone at all. Because most people don’t get into major wrecks, buckled or unbuckled. Which means, their seatbelt usage is irrelevant. Or at least, not necessarily “unsafe.” Being grossly overweight, on the other hand, all-but-guarantees premature death and significant health problems. 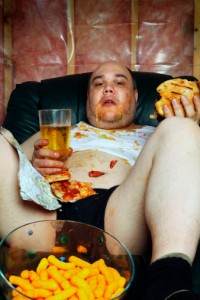 According to the Society of Actuaries, the add-on cost of obesity is nearly $300 billion annually: $127 for medical care, $49 billion for productivity losses, and another $72 billion for  disability payments. Hasn’t society got a “right” to insist that Large Marges and Sloppy Sams behave more responsibly? That they be encouraged – at gunpoint – to behave in a less “risky” fashion?

Meanwhile,  a mere $8.8 billion might be saved if everyone buckled-up.

Chump change. It’s time for a War on Fat. A Crusade to the Gym. Daily physical jerks for all. Lower, Smith! You’re not trying hard enough! Anyone under the age of 40 is perfectly capable of touching his toes! Try harder, please!

It’d be funny, except people – most people – miss the underlying point. This Piers Morgan-like, un-American notion of collective everything, always to be imposed at gunpoint. You’re not an individual, responsible for your own life – and so, free to decide how best to live it. You’re part of the collective. It owns you – and you own it.  No one is allowed to own themselves. Your actions affect others – even though this “affecting” is only possible as a result of coercive collective policies that cause us all to prey on one another like a pack of hyenas.

A pack of intellectually dishonest hyenas.

Because – hyenas who revel in selective persecution based on arbitrary criteria.

There’s no reason, for instance, that fat people shouldn’t feel the full force of the state – if the reasoning used to persecute seatbelt-avoiders applies generally rather than subjectively and arbitrarily. Anything the individual chooses to do that can be convincingly argued increases his “risk” – or which might “impose costs on society” – must be forbidden at gunpoint.

But of course, the system doesn’t do that – not yet. Instead, it selectively targets some people. 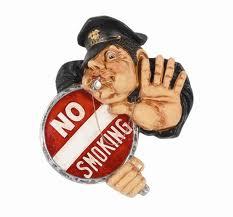 And only certain personal choices.

The juggernaut is usually preceded by a propaganda campaign worthy of Dr. Goebbels – whose purpose is to marginalize and anathematize the new pariah group so that they may be shoved out from under the protective umbrella of “responsible” society. And then, targeted for special enforcement.

It happened to cigarette smokers – and with such vindictive ferocity that to light up today is sufficient, almost, to be treated as a pedophile.

Next came seatbelt scofflaws. Same tactics, too. Portray the unbuckled as reckless and stupid – people apart from the “law abiding” and “responsible.” It thus becomes so much easier for the average non-thinking American to feel no empathy for the person who is waylaid with heavy fines for having failed to “buckle up for safety” (even though it’s his safety, and so no one else’s business).

Much less anger toward the system that threatens a fellow citizen who has caused no one any harm with lethal violence.

The unthinking American only sees a non-person, different from himself, who has become an outlier for having failed to Do as He Has Been Told.

It almost never occurs to the unthinking American that perhaps some day, he, too, will become the object of some hairshirt crusade based on the “risk” his actions present – and hypothetical, generalized and utterly arbitrary assertions about the “costs” such actions may impose on “society.” He contents himself, instead, with a sort of low-wattage moral busybodyism that selectively focuses on actions he personally doesn’t approve of – or which he has been taught not to approve of – never grasping that there is nothing preventing the same mechanism being deployed against himself. That it is only a matter of some other busybody taking interest in his “risky” actions – and demanding that they, too, be outlawed or banned or fined into oblivion.

It was a not-bad place to live. 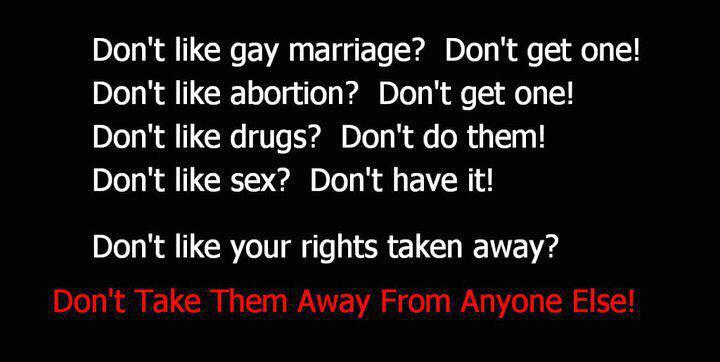 “Smith” has every right to be a fat slob – to eat whatever he likes and as much as he likes. What he doesn’t have is the right to force others to pay for the consequences of his choices. If he agrees to that, we agree to leave him to his triple angus Thickburgers.

Same thing as regards seat belts. Let people choose for themselves – and be personally accountable for any negative consequences.

That’s freedom – the opposite of this insufferably henpecky, busybody society congealing all around us, in which everything you do is everyone’s else’s business. And vice versa.

Where there’s no real choice, there’s no freedom. Your individualism is drowned in a sea of We.

Option B is what America used to be. You do your thing, I do mine. And we agree to leave one another alone. Our lives intersect on a voluntary basis only. I can’t force you to pay my medical bills – and you can’t force me to “buckle-up for safety.”

Which one sounds more appealing to you?