I’ve already road-tested the new Subaru BR-Z (see here) so is there any point in reviewing its twin – the Scion FR-S? 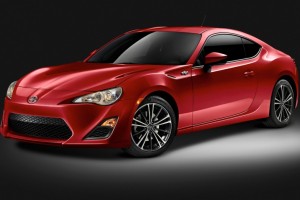 Well, here’s the thing. They are twins – but fraternal, not identical. Like the ’80s-and ’90s-era Chevy Camaro Z28 and the Pontiac Firebird Trans-Am (RIP), the BR-Z and the FR-S share what’s called a “common platform” in industry-speak. They’ve got the same chassis, the same basic physical dimensions, the same suspension – and the same drivetrains, too.

But there are differences.

The question before us is: Are they enough to make a difference?

Like the Z28 and Trans-Am back in the day, the FR-S and BR-Z are targeted at different buyers. The FR-S (like the ’80s-’90s era Camaro) is the more basic, no frills – and so lower cost – twin. Its starting MSRP  – $24,500 – is about a grand less than the $25,495 base price of the BR-Z. But both cars – like the ’80s and ’90s-era Camaro Z28 and Pontiac Trans-Am, have the same running gear. And that includes peripherals such as a limited slip rear axle and high-performance “summer” tires (all seasons available at no charge in lieu of the “summer” tires with either of the twins). 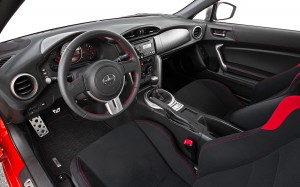 Same high-compression (12.5:1) 200 hp “boxer” flat four. Same stats, zero to 60. Same standard and optional transmissions. Same gas mileage. Same everything – as far as the functional stuff.  They even have identical dashboards and gauge clusters (unlike the old Camaro/Firebird).

So, what’s the catch? What don’t you get for the extra grand you’re not spending?

Well, the not-functional stuff:  GPS, LCD touchscreen with voice-activation and some other bells and whistles are not included with the FR-S.

Also, you can order an even fluffier version of the BR-Z – the BR-Z Limited – which adds in keyless push-button start, seat heaters and suede-leather interior enhancements. All these things are nice to have, of course. But they don’t enhance the car’s performance. 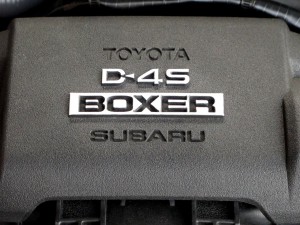 With the Scion, there’s only one trim – and the main option is the automatic transmission, which bumps the sticker price to $25,600.

Some of the extras that are factory equipment (or a factory option) in the BR-Z can be purchased and added to the FR-S a la carte-style as dealer-installed accessories. The fog lights and rear decklid spoiler that are included with the BR-Z Limited, for instance. Also – in keeping with Scion tradition – you can  buy over-the-counter performance equipment for the FR-S  such as a TRD (Toyota Racing Development; see here) stainless steel dual exhaust system ($1,100) and low-restriction air filter assembly ($75). Trim bits and other customization stuff – 150 items – are also available through Scion’s Optomize accessory arm (see here for details). 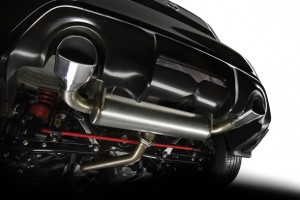 So, the skinny is basically this: The FR-S is today’s Z28; the BR-Z, today’s Trans-Am. Both perform identically, but one (the BR-Z) is a more luxurious performer.

The other’s a more economical performer.

You lose nothing – performance-wise – by choosing the FR-S over the BR-Z. And you save a grand – which just happens to be the cost of the over-the-counter TRD performance exhaust upgrade. TRD/Scion doesn’t give any numbers – as far as hp – but probably the TRD exhaust plus some tweaking of the computer is good for another 10 hp. 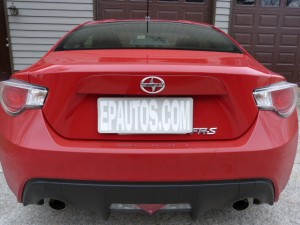 Of course, the TRD exhaust upgrade fits the BR-Z just as well. But if you buy the BR-Z, you’ll have spent the additional grand on the car – not the exhaust upgrade.

On the other hand, maybe you really like push-button start and keyless ignition. Nothing wrong with that.

Which would I buy?

If you’ve been reading my stuff you already know the answer.