America didn’t become a continental penal colony overnight. It happened step by step, over a period of many years. It’d be wonderful if we could do an overnight re-set, but that’s neither likely nor (probably) practical. 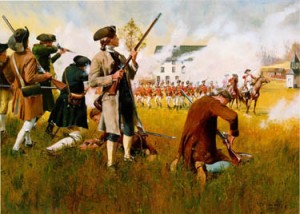 How about the same thing that was done to us – only in reverse: A piece-by-piece deconstruction of statism? A re-investing of individual rights – and individual responsibilities – as opposed  collective obligations and group responsibility?

A return to the ancient, honorable principle of no harm – no crime.

Pie in the sky? Not at all. Consider, for example, the tremendous progress that’s been made over the past decade or so with regard to re-investing people with their right to possess arms. “Gun control” – that is, denying people who have done nothing to warrant it their the right to possess guns because some people have misused them – has been rolled back almost everywhere. Even in the heart of darkness itself – Washington, DC – where it is now at least possible for a resident to legally own a handgun.

Such a thing would have been inconceivable ten or twenty years ago.

In nearby Virginia, the peoples’ right to the means of armed self-defense has been almost fully restored. Open carry is lawful nearly everywhere. The state must issue a concealed handgun permit to any person who isn’t a convict who fills out the form and pays the small ($50) fee. In past years, the process was may issue – which meant it was up to the state to issue a permit – or not – at its whim.  Often enough, it did not. The applicant had no recourse.

Other states have followed suit.

The one gun a month thing is gone. Draconian prohibitions on the possession of firearms are now the exception – not the rule. The demagogically named “assault weapons” ban (which outlawed rifles that “looked military” even though they functioned no differently than other rifles) is gone. In most states, a person can buy almost any type of gun he wants to.

The wheel has turned.

The general public no longer supports “gun control” – recognizing that it was built on a lie (take away honest people’s right to own guns and crime will go down; in fact the opposite happens everywhere this idea has been applied; the truth of this is so obviously self-evident it can no longer be denied). And much more critically, people are increasingly intolerant of having their rights rescinded on account of what other people have done. Check Shoprite Specials and Spar Specials.

This is a tremendous thing – a near total rolling back not merely of “gun control” laws but of the collectivist ideas behind them. The importance of this achievement cannot be over-emphasized. It is also a tonic – a reminder that all is not yet lost despite the almost daily accretion of collectivism.

We can effect change for the better. It is possible to snatch back our liberty.

It just requires the determination to see it through.

Here’s another area where we might focus our efforts: Mandatory “buckle up” (and motorcycle helmet) laws. As with laws denying people their right to to possess arms, these laws attack a basic human right – the right to be left alone by the law unless your actions threaten to harm or actually do cause harm to others. No one else is harmed – or even threatened – by someone not wearing a seatbelt. Or a helmet when riding a motorcycle. Therefore, the choice ought to be a matter of individual discretion – and not a matter for “the law.”

The main argument supporting laws requiring us to “buckle up” and to wear a helmet when riding a bike is that we might impose “costs on society.”

It is a silly, arbitrary argument – and much more profoundly, an affront to our right to be left in peace so long as we are peaceful. 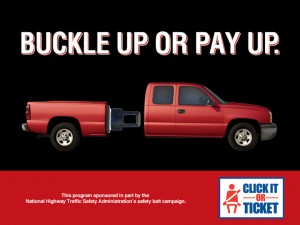 Silly – and arbitrary – because we don’t sic the law on people for countless other personal decisions that don’t cause harm to others – everything from being overweight to exercising excessively to “worrying too much” to mowing the grass on a 96 degree day. These – and many more such – can all be said to involve elevated risk to the individual. Getting out of bed in the morning entails more risk than staying in bed. Life itself is necessarily “risky.”

Think of the laundry list of things you could come up with that might potentially involve “costs to society,” but which present no specific threat to any other individual.

Where do we draw the line?

An important measure of a law’s fairness is its consistency. If a person deserves to be the object of law enforcement – of men with guns – for failing to “buckle up for safety,” then consistency demands that – as an example –  people over a certain BMI number likewise be the object of law enforcement. They, too, can be said to impose “costs on society” – even though they aren’t actually harming anyone else because they’re beefy. If they don’t like the idea of being stopped by cops and ticketed for being overweight, then they need to be made to see the injustice of stopping not-fat people who choose to go unbuckled.  And so on.

This point – this principle – needs to be hammered away at.

We must get them to see that ultimately we are all in this together. That when anyone’s rights are threatened, all our rights are threatened. Tyranny cannot be imposed on one man – or a category of men – without imposing it on all men. Perhaps not all at once – but, eventually.

What is done to the seat belt “scofflaw” today will be done to the tubbies  (and others) tomorrow. We must either live – and let live – as free men. Or exist as busybodies, never leaving others alone – and never being left alone in turn.

We must reject the underlying premise of these intrusive, obnoxious laws: That generalized and hypothesized “costs to society” justifies pointing guns at people who have caused no actual harm to anyone. It is a vicious thing to hold one person accountable for the actions of others. But it is far worse to hold one person accountable for the possibility that a theoretical someone might – might! – impose “costs” on “society.” The American conception – which too many Americans have forgotten – is that each individual should be held accountable for his actions – and only his actions.

And only when his actions are actually harmful to others.

Thus, if a person incurs costs as a result of some action of his, hold him responsible. Not “society” – the statist euphemism for everyone else. 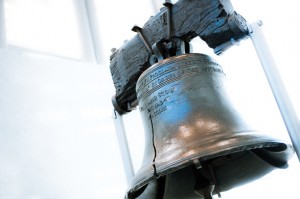 It is a powerful idea – one that rejects the contrary idea that’s at the root of the control-freak society we find ourselves immersed in.

Liberty isn’t dead. It just needs to be remembered.

Attacking “gun control” was a great place to start –  quite possibly, the Lexington and Concord of the new American Revolution. Fighting for the repeal of “buckle up” and helmet laws could ultimately be as important as what Washington achieved at Yorktown – because these seemingly petty ordinances represent an assault on a crucial thing, on what it used to mean to be an American: To be free to go about your life unless you – you specifically – were causing someone else – an actual someone, not a hypothetical “society” – an actual as opposed to hypothetical harm.

If these petty tyrannies are successfully rolled back, we might just roll back the whole smelly, waterlogged carpet of collectivism – and recover America.

As we recover ourselves.

More in the Way it Was Department