One of the most fearsome predictions made by George Orwell in his novel, 1984, was of the development of a technology capable of monitoring people 24/7, during every waking (and even sleeping) moment of their lives. He called it the Telescreen – and through it, Big Brother Brother (or rather, Big Brother’s minions) kept watch over you. 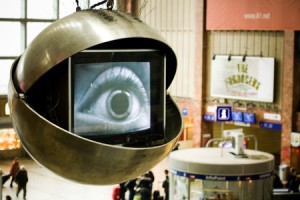 Well, the Telescreen is old hat – both technology-wise and tyranny-wise. It was only a two-way TV, after all. As Winston Smith himself explained, while in theory you were watched all the time, in fact, it was not possible to watch everyone at all times – simply because there were not enough Thought Policemen to keep track of every single person at every single moment. Thus, you had at least a chance to go unobserved.

Using what the company calls AIsight (i.e., artificial intelligence) “behavior recognition” algorithms, the BRS Telescreen watches for “anomalous” behavior – anything that deviates from whatever “norm” is programmed into its chilly, transistorized mind. We’re told it will detect – cue tired catchphrase – terrorists – but of course we’ll all be subject to the gimlet eye. Walk too slowly … linger too long … fail to move with the crowd … prima facie “suspicious activity,” according to BRS. Such “suspicious activity” then triggers an alert – and the human warders are called in to investigate. 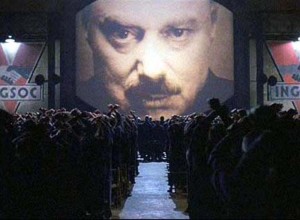 The first one goes operational soon in San Franciso’s MUNI public transport system – where it will monitor all the people all the time. The city has signed a lucrative contract with BRS to install the Telescreens (well, they insist on calling them cameras) in 12 subway stations. Each station will be fitted with 22 Telescreens (er, cameras). There they will “build memories of observed behavior patterns that mature with time.” The system “has the capability to learn from (what it) observes.”

Other BRS “customers” include the City of  Houston, the Louisiana Port Commission, the City of Birmingham, the Port Authority of New York and New Jersey and – of course – the World Trade Center complex, the very place where whatever remained of “our freedoms” went up in smoke along with 3,000 human beings. No doubt the system – the grid – will expand. We can’t be too safe, after all. Within a few years, it will probably be impossible to go outside without falling under the watchful eye of AI. And why stop there? Surely, terrorists will hatch their plots inside as well. This will be the pretext used to get the Telescreens (cough, cameras) into our homes. Hell, they’re already there. Check Costco Catalogue and Harvey Norman Catalogue. Most recent model computers have built-in cameras (and microphones) that can be turned on and off remotely, by someone not you. Many home computers are tied into the TV, too. And most new cars also have cameras… and can connect to the outside world via GPS… . 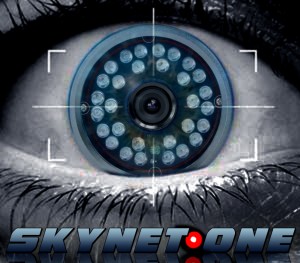 PS: I put “customers” in quotes above deliberately – to make the point that we’re being taxed to death to finance the death of liberty. We have no say in the matter. So long as someone with political pull utters the magic word – security. Then, no cost is too high, no burden too great… to be borne by us. Our cars are fitted with black boxes – our public spaces with Telescreens – all of it controlled by computers.

Which are controlled by the government.

As bad as old-style police states of the 1984 variety were, at least they were run by humans. So there was at least the possibility of a human exercising judgment – and perhaps, restraint. Winston Smith may not have had much of a chance – but at least he had a chance. The modern, real-world technological police state is far worse than the  imaginary world of 1984. As Kyle Reese put it to Sarah Conner in the original Terminator – which may have been even more predictive than Orwell’s book:

Artificial intelligence  “… can’t be bargained with. It can’t be reasoned with. It doesn’t feel pity, or remorse, or fear. And it absolutely will not stop, ever, until you are dead.”

Or at least, indefinitely detained.

Why not? Your other rights are already forfeit.

Merely to leave the confines of your home is to surrender – as the Robed Eviscerators put it – the “expectation of privacy.” Which is their eggheaded euphemism for declaring that the Fourth and Fifth Amendments are suspended. Neither of these former rights, as articulated in the (former) Bill of Rights, makes mention of exceptions based on the fact that a citizen is out in public. That is a confection of the court – a brazen repudiation of the plain meaning of those now-defunct amendments. Those amendments once enshrined in the law our right to be left in peace absent reasonable suspicion – and a warrant issued by a court. It is now considered reasonable – the effrontery! –  to monitor, record and search people randomly – and en masse.  Worse, the average person has bowed to “the post 9/11 reality” – and accepted these outrages. He does not mind being under the gimlet eye – provided it will “keep him safe.” 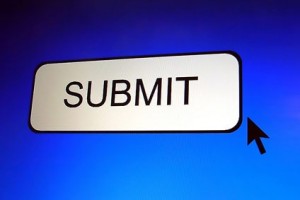 Homo servilus – a creature unworthy of freedom. Unfortunately, those among us who are not servile will be carried along with the rip tide.

No one seems to care.

At least, not enough to put a stop to it all.