It has been said – and I agree – that the typical person (i.e., the person just trying to get through the day, do their thing) has more to fear from a cop than a (non-official, non-uniformed) criminal. 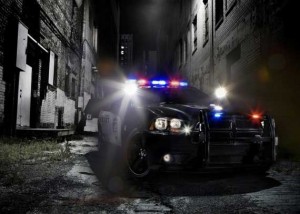 Harsh? No, a reality check.

I’m in my mid-40s and – so far – have not been robbed at gunpoint by an ordinary criminal. But I have been robbed at gunpoint literally dozens of times by cops, who have a license to rob me. Cumulatively, the total I’ve had to “stand and deliver” – in the felicitous phrase of the appropriately named highway robber of yore – comes to thousands of dollars, over the past twenty-something years. It’s dressed up, of course – in order to make the cop feel better about himself and what he’s doing (he’s just keeping us safe, etc.) and also to douse the rage of his victim by getting him to accept what’s done to him as something other than it is.

That being, a robbery at gunpoint.

After all, I have committed no crime, properly speaking. I have caused no harm to anyone. Yet I am molested by a guy in a uniform – with a gun on his hip – because he has noticed I am not wearing a seat belt, or because  my vehicle does not have the requisite tax stamps upon it, or because my velocity is greater than the velocity posted on a sign. It may not be any of these things. It may be simply that I happen to be on a given road at a given time. I – and all the others who happen to be on that road at that time – are forcibly compelled to interrupt our journey, roll down our windows and submit to a roadside inspection-interrogation, with the implicit threat of lethal violence if we fail in the slightest way to Submit and Obey.

It does not make me feel safe. Does it make you feel safe?

I do not especially fear louty-looking thugs approaching me on the street. I’m not a tough guy, but I am a bigger than average guy – and I usually carry a big gun. If the thugs come at me, I am reassured by my physical capacity to resist and defend myself – and also by the fact that the law is still (for the moment) on my side, should I be forced to defend myself. I know I have a shot, at least. It may not be a fair fight (what fight is?) but at least I can fight. 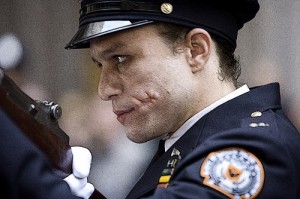 I cannot fight Officer 82nd Airborne. Which is why he scares me a lot more than a crew of street toughs. Not because he’s bigger or tougher than me. But because it does not matter how big and tough he is – or how big and tough I am. He has the entire weight of the state behind him. Legions of toughs – and the full apparat of the system – are on his team. The toughest, roughest Navy SEAL or Hell’s Angel stands as much chance against this juggernaut as Pee Wee Herman does of becoming the next UFC heavyweight champ.

Which is why I am just as fearful of a bloated, out-of-shape lout in uniform as I am of Officer 82nd Airborne. Or even a female a third my size… if she’s in uniform. Ordinarily, I’d just walk away from such people. And if they jumped me, I’d stand more than a fair chance of getting them off me. But because I am legally powerless to defend myself against them, no matter what I’ve done (or not done) and no matter what they do to me, no matter how outrageous, I feel anything but safe in their vicinity. To do so much as raise one’s hand to ward off a blow – to try to retreat and get away from an assault by cop – is the equivalent of the opening bell at a boxing match. Only you’re not allowed to box back – and there’s no retreating to your corner. Or ref standing ready to end the fight.

This does not make me feel very safe. To know that I am potentially at the mercy of another person – a random stranger –  merely because that person is wearing a uniform and has been anointed a “law enforcement” officer. To know that such a person has the legal authority to screw with me, for any or no reason at all – at any moment. It is just a matter of our paths crossing – and the stranger in uniform deciding it’s my turn.

This is the reality. “Law” no longer binds “enforcement.” Or rather, the law is no longer a restraint on the enforcers. It is their carte blanche – their  pretext for doing anything to anyone – and maybe later, there might be some partial accountability if all the Ts were not appropriately crossed.

In court, the cop’s statements will be taken as gospel truth simply by dint of the cop’s having said them. Your statements, on the other hand, will be treated as “hearsay” – if the judge allows them to be heard at all – and dismissed out of hand absent your $lawyer$ managing to get incontrovertible video evidence into play. If there’s video evidence. If the evidence is admitted. If you had the money to hire a $lawyer$ to operate the levers of the system – levers you and I and other Mundanes are not allowed to touch. 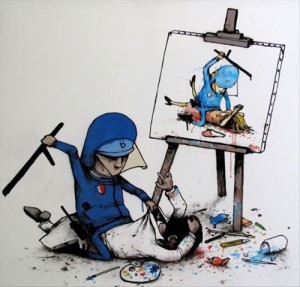 I have come to understand – a little bit, at least, what it must have felt like to be a “citizen” of the Soviet Union. And I can remember when much of what the government did was based on the idea that we didn’t want to end up like citizens of the Soviet Union: “compelling state interest” or “security” (and “safety” – that is, the safety of the enforcers and the system ) trumping all; nonexistent personal liberties; having to Submit and Obey at every turn to petty (and not-so-petty) authority figures in funny costumes.

It is important to be safe and secure. But when the state may do almost anything to anyone, at anytime, for any reason or no reason at all, then no one is safe.

I hope enough of us figure this out in time.