It’s said – and it’s absolutely true – that one can save a great deal of money by avoiding new cars and buying used ones instead. Thirty-plus percent (sometimes more) off MSRP “sticker price” after just two or three years on the road. Much lower property taxes (where applicable). Usually much-reduced insurance costs – especially if you can buy the vehicle outright and buy a basic, liability-only policy. 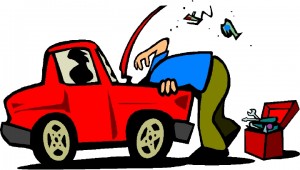 But the real bargain hunters out there don’t just buy used cars. They buy fixers. Cars (and trucks) that need something. Often, something like a new transmission – or even a new engine. Because these kinds of used vehicles can be had for next-to-nothing. Because anything that isn’t running – or capable of moving under its own steam – is all-but-unsaleable.

But that doesn’t mean it’s unfixable – or more to the point, that it’s economically unwise to do so. Especially if you’re handy and can do mechanical work on your own. But, you don’t have to be – and that’s the thing to know.

Let me give you some True Story examples:

There’s a lady I know who was ready to throw  away an otherwise sound ’90s-vintage Buick station wagon because one day it began to lose power while she was driving and eventually, it conked out by the side of the road. Of course, she didn’t realize it was otherwise sound – else she probably would not have almost thrown the car away. But, her mechanic told her “the engine was shot.” In fact, the only thing that was “shot” was the car’s fuel pump. She was about to sell her car to this mechanic for “scrap” – and a few hundred bucks. Luckily – for her – she didn’t.

I don’t know whether the mechanic was merely incompetent (let’s hope) or an outright fraudster, but either way, that $500 “scrap” car was transformed back into a daily driver worth several times that via the magic of a $75 fuel pump and a couple hours’ wrench-turning. 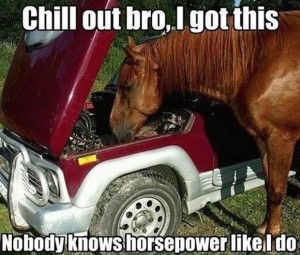 Such scenarios are pretty common. Often, it’s just fear and exasperation that results in an owner deciding to dump a car with a seemingly catastrophic but frequently very fixable issue.

In late model cars, this can mean a lot of money – as much as two or even three thousand bucks. Some people – understandably – just aren’t interested in putting that kind of money into a car. Especially if it’s an older car that’s got a fairly low “book value.” It puts them in a Catch-22 situation. The car’s effectively worthless with a dead transmission. Many dealers won’t even take a not-operable vehicle in trade. If they do, they’ll give the owner a few hundred bucks, typically – if they’re feeling generous. But if, on the other hand, the owner puts a new $2-$3k transmission in it, the car’s only going to be worth about what it was worth before the transmission crapped out on them. It certainly won’t be worth $2-$3k more on account of the new transmission.

So, not infrequently, they cut bait – and chuck the car. And that’s your opportunity. Because, after all, you’ve got nothing invested in the car. It’s a very different thing for you to buy it for a few hundred bucks, say – and then spend another $2-$3k on a fresh transmission. Because now you’ve got a car for maybe $3,500 all told that would have cost you $6,000 (or more) in ready-to-drive condition.

Same thing goes for engines, too.

An enterprising cheapster should have no difficulty finding otherwise solid (and often, very nice) late-model cars that are being sold for next-to-nothing because they’ve got major engine problems. Sometimes, these problems aren’t even so major.  For example, people will sometimes near give-away a vehicle because its engine tossed its timing belt – and they haven’t got the $800 or so it will take to do the repair. Scan the CraigsList used car ads – and so on – and you’ll see what I mean. Some people just don’t have the money.

Others just don’t want the bother. 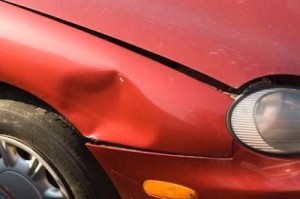 What they do want is cash – and to get rid of the vehicle ASAP.

The cash part especially is key. When you find a prospect – an otherwise sound vehicle in need of something – get the cash before you contact the owner. Then, with cash in hand, go see the owner. He will be very pleased to see cash – even if it’s not much cash. Because, to him, the not-running car is a money pit. An annoyance. Something he’d like to be out of his hair as soon as possible.

That – plus your cash in his hand – can lead to a a sweet deal for you.