People are frustrated – and want to know what they can do. 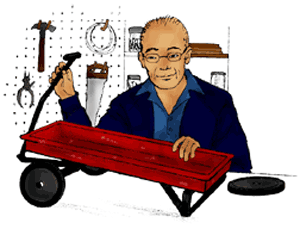 It gets old merely talking. They – our oppressors – don’t care how much we talk. Perhaps then it is time for us to act. But we must not act precipitously, much less suicidally. A Wagnerian last stand is exactly that. Leaving a smoldering ruin to the accompaniment of Siegfried’s funeral march doesn’t accomplish very much.

Mockery, for openers. Laugh at the state. Better yet, cry.

Probably, you have seen footage from North Korea in the aftermath of the death of the last Dear Leader. The hair-pulling and screaming at the tragedy of it all. Imagine such a demonstration of devotion at the funeral of a costumed enforcer. That is, a cop’s funeral.  Crowds of people rending their clothes, falling to the ground, writhing in emotional agony at the though of a “hero” who has died “in the line of duty.” This ought to work equally well at the wakes of our Dear Leaders – politicians and so on. I regret deeply that this idea didn’t occur to me in time for the funeral of Ronald Reagan – whose administration nurtured the “troop” (and flag) worship which, more than any other single thing, characterizes the modern USSA.

And what could they do about our demonstrations of devotion? Poor, grieving people! It would be unseemly to Tazer them. 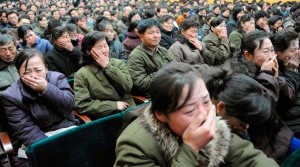 There is also effusive thanking.

Or, try the belly laugh.

When you find yourself at some event at which the flag will be worshiped and speeches given about “our freedoms,” begin with a snigger. Work your way up to a derisive snort, then open – and hearty – laughter. Bust a gut. Slap your knees. Double over and fall to the ground, clutching your gut. It won’t require you to act much, either. Just to hear some fool prattle on about how “free” America is ought to be more than sufficient to trigger the necessary reflex. 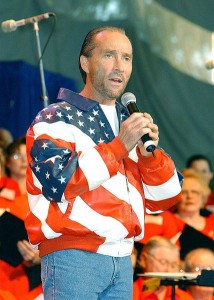 Obey the law – every law – to the letter. Drive exactly the speed limit – and if someone bothers you about creating a rolling roadblock, tell them you are “just being safe” – and “following the law.” When you see a cop not wearing a seat belt, report it. Tell the operator you are concerned about “officer safety.” Attend town meetings and voice concern about overweight cops – that you are worried about their health and potential costs to society. Suggest calisthenics. Mandatory calisthenics.

Or, flout the law – whenever you can possibly get away with it. Ignore idiotic (or rather, made for idiots) rules such as “no right on red.” Don’t buckle up for safety. Or wear a helmet when you ride – and shorts and flip flops.

Let them feel your anger. No, your disgust. They are not worthy of your anger. React to their presence as you would if you accidentally stepped into some doggy poo. Curl your lip in revulsion. And most of all: Never address them as “sir” or “madam” – or even “officer.” They have power over you, that is all. Make it clear they haven’t got your respect. Be cold, be curt. Flat-lined, monotoned. Check Costco Catalogue and Harvey Norman Catalogue.
You are compelled to deal with them. Do not let them pretend the interaction is based on anything else.

Have no dealings, personally or professionally, with the predator class. This means not merely officeholders but those who support them. Right down to your neighbor who insists “our children’s schools” (that is, his children’s schools) need “funding” – to be provided by you, at gunpoint. Anyone who speaks in terms of “we” need to do this (or not do that) always to be enforced at gunpoint. Anyone who believes it’s acceptable to punish you – to limit what you can do – because of something someone else has done. Or might do. Etc.

The model for this is easy enough to understand. If the person who owned the house down the road from you was known to be a child sex offender, would you invite him to your summer barbecues? Would you contract with his business to perform work? Would you shake his hand when you bumped into him at the store? You probably – hopefully – would not.

Apply the same treatment to the people who insist on living by doing violence to others. For they are exactly like child molesters in the sense that matters: They victimize people. They manipulate and coerce and threaten. They leverage power – force and its threat – to get what they want. It is only because we’ve been conditioned to accept the unacceptable via euphemism and evasion that we tolerate such people among us. Those reading this column no doubt do not accept it. Hence, they ought not to tolerate it. There may be occasions when we are forced to deal with them. But wherever possible, wherever we have the choice, we ought to elect not to deal with them. And we ought to tell them exactly why we want nothing to do with them. Call them on it. Do not let it – their reliance on violence – go unmentioned. Mention it. Bring it into the open. Make them squirm – those that still have the vestigial capacity to squirm when confronted with their own ethical atrocities. But never, ever, accept them as members of civilized society. Because civilization is dying on account of them. 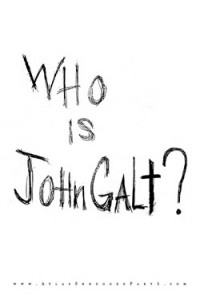 To the extent you are able, cease being a milch cow. Work less. Earn less. Pay less in taxes. It’s all quite legal. They haven’t – yet – taken the step of literal (physical) enslavement. Thus we are free to not work. Just as they are. Only they are dependent on our working. By not working, we starve them out. Remember: They cannot exist without you. Without your willingness to work half the year for them. If, instead, you work only half the year – either literally, or by reducing your taxable income such that your tax liability is effectively nil – then you will no longer be working for them at all.

The Free Shit Army is not self-sustaining. If enough of the 47 percent shrug, the rest will take care of itself.