A reader sent me the following video, which puts into stark relief the double standard that applies to cops vs us:

Probably you have seen such flouting of “the law” by the enforcers of the law yourself.  It is a routine thing – a commonplace. Cops “speed” – and they don’t buckle-up for safety. Or at least, don’t have to. Chiefly, because no one demands they do so – with the ever-looming threat of “or else” not hanging over their heads. There are no “safety” checkpoints for cops, either – even though it’s just as possible a cop might be driving drunk as it is possible one of us might be driving drunk.  But cops get a pass… because they are cops. Apparently, a potentially drunk cop is not dangerous. 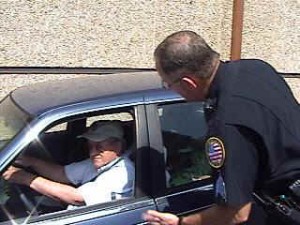 Same goes for all the rest of it. A cop “speeding” is – apparently – able to suspend the law (according to cops) that “speed kills.” When one of us “speeds,” of course, it always “kills.” Even though it doesn’t – not necessarily or even probably.

Yet when a cop’s “speed” does actually kill – as in this example – the consequences are, well, different. Instead of immediate arrest and multiple serious charges, the cop whose speeding did kill gets placed on administrative leave for a time. Meaning he gets a paid vacation. Eventually, he will probably be turned loose with a tut-tutting (and perhaps not even that, as in the case of the cop in the link above who did kill). There are many such stories, incidentally. This cop who killed is far from the only one who killed. Or who committed an act that would result in anyone else – that is, anyone not wearing a state-issued costume – being dragged from their car at gunpoint and thrown into a cage.

For instance, this porker:

First, he deliberately obstructs other drivers. When one of them manages to get around and past him, the porker accelerates, then darts in front of the Mere Mundane and deliberately slams on his brakes, causing a minor crash. And does not stop. This is hit and run – in some states, possibly a felony. Committed by a cop – in a cop car. Had a not-cop done this in sight of this same cop, you can imagine what would have happened next. Instead, nothing happened. Because the cop – being a cop – can perform a hit and run and just… drive away. After all, who is going to stop him? 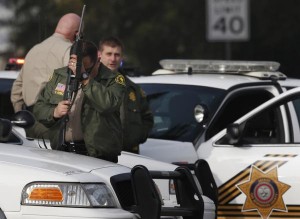 Cops can also be sloppy, even reckless shooters – as well as shoot first and be asked questions later. If at all. There is, on the other hand, a tremendous weight of repercussions and responsibility heaped upon any Mere Mundane who uses a firearm, ever – even when he uses it expertly and with obvious justification. Some states require, for instance, that a homeowner awakened in the middle of the night by the sound of someone breaking into their home either retreat or attempt to divine the “intent” of the person breaking into their home. If it turns out later that the burglar was an unarmed teen just looking to steal something, the homeowner will be in serious trouble.

There is no “Officer Safety” escape clause. You know, the one that empowers a cop to kill an unarmed teen – or anyone else who (you guessed it) represents a “threat” (as they see it)  to … ta-dum …”Officer Safety.” As in this example.

There are many other such examples. 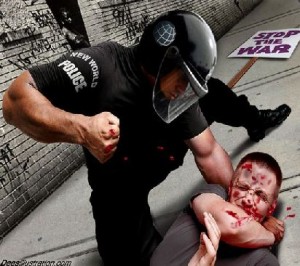 Logically, one might be led to the strange conclusion that cops – being “trained” and supposedly expert in handling stressful situations – ought to be held to a higher standard. In fact, they are held to much lower – and far more lenient – standard when it comes to the use of deadly force and much else besides. One might even say they have a license to kill.

If on the other hand you’re a Mere Mundane and you use deadly force, even in a case of inarguable self-defense, you’d better have all your ducks in order. And even then, you may be in deep trouble. Your weapon might be “illegal” – and thus your use of it in self-defense, even in your own home – sufficient legal justification to send you to prison for many years.

Cops, of course, are exempt from the firearms prohibitions that apply to us.

Even if the use of your firearm is decreed to be legally “justifiable,” you are still (in most states) vulnerable to a civil suit that may ruin you. But cops – even those who recklessly discharge their firearms and grossly abuse their authoritay – receive free (that is, paid for by tax victims) legal defense and – in most cases – are not held personally liable for their mayhem. The doctrine of “sovereign immunity” applies to them. It means, they are held to a lesser standard of accountability for their actions – which is perverse, given they are the ones charged with enforcing “the law” and so ought to know it (and follow it) better than we do. 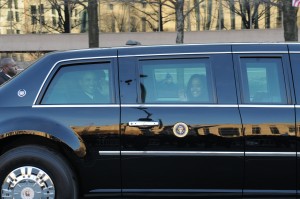 But of course, that’s not how it works.

The enforcer class – the people in special costumes – get a special pass. And so, naturlich, do the members of the political class – the true American aristocracy – for whom the enforcer class really works. For example, Dear Leader Obama and his entourage are not required  to submit to the indignity of a TSA gantlet before boarding their aircraft. The same goes for other high muckety mucks. But, why? Is it not just as possible that one of them “might be a terrorist?” It’s arguably more plausible that one of these anointed might be a terrorist than someone’s 86-year-old granny – or their handicapped six-year-old. But who gets fondled and questioned and scanned? 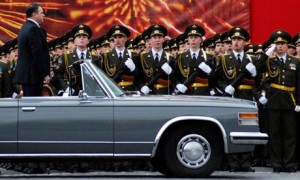 No authoritay tells Gauleiter Boomberg how much soda he may consume within the confines of his gau. Nor how many “assault weapons” his praetorian guards may possess.

No one tells Obama to buckle-up (or else) in his car.

There are no “safety” checkpoints for the leadership nomenklatura of the USSA. They are free to travel – to come and go – as they wish.

Only we are not.

Which brings up an interesting historical parallel. Back when the old USSR still existed, the nomenklatura of that police state also had unrestricted use of the “public” roads. Party Zil limos could be seen operating at high speed, heedless of  traffic lights and laws and nary a “papers, please” checkpoint to bother about. Such things were only for the proletariat. 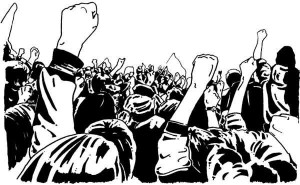 Just as they are now, today, in the USSA.

The question facing us is, simply: How long will we continue to tolerate this two-tiered system of injustice? Of one standard for them – and another for us?

That is, how much longer will we accept being  lorded over by fatuous glad-handers and control freaks who treat us with utter contempt while keening about how it’s all for our own good – and must be done in order to keep us safe?

The truth is they’re working overtime to keep themselves safe. From us.