Last week, a huge (3.4 million vehicle) recall was announced – problems with the air bags people are forced to buy. According to news reports, a manufacturing defect involving the chemical propellant that inflates the bags could result in an affected vehicle’s air bag not deploying properly during a crash – or not deploying at all. There is also concern about the possibility of a fire being triggered. Most of the cars involved are Japanese – Toyotas, Hondas, Nissans and Mazdas. 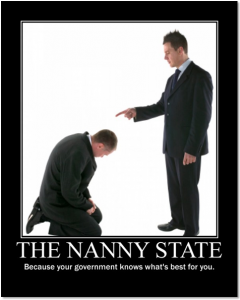 Toyota announced last week it would recall 1.73 million vehicles – including the popular Corolla and Camry as well as the Tundra pick-up and the Yaris compact –  built from 2000 through 2004. Honda is expected to recall 1.14 million of its cars; Nissan 480,000 and Mazda 45,500.

Luckily, no one has been killed – yet.

But if people had been killed – what then?

When Ford made Pintos prone to roadside immolation when rear-ended, it was Ford that was held responsible – civilly, if not (unfortunately) criminally. As well as socially – which is arguably the most important form of  accountability. Ford’s reputation suffered. Many consumers stopped trusting Ford – and buying Ford vehicles.

But when government actions lead to injury and death – actual as well as potential – who is held responsible? Who pays out millions to the victims? Most of all, who loses credibility?

Because government – the people who issue orders to the rest of us – are never held responsible for the consequences of their actions.

Air bags are known to be dangerous. They can – and have – hurt people. Thousands of them, many severely. They have also killed hundreds of people. More people, in fact, than auto-igniting Pintos ever killed. Yet there is no outcry – no demand that someone be held accountable. Much less any chagrin on the part of those responsible.

Government officials simply decided that the “safety” advantages of air bags outweigh the known dangers of air bags. To put a finer point on it, they decided for us. As they do routinely – micromanaging our lives as though we are little children. Or something much worse: Their chattel.

The arrogance of this is monumental.

Whether air bags “save lives” (most of the time) is completely beside the point. When did the government become something other than a guarantor of the peace? A protector of every person’s equal rights before the law? And become the parent of us all? The farmer – to our cow?

People – most people – never read Bastiat. For good reason – from the government’s point-of-view. Like all men of genius, Bastiat was able to reduce things to their essentials – such that a seemingly complicated thing became an easy to understand thing. An obvious thing. He asked the Seinfeldian question: Who are these people? Government people, that is. He pointed out that they are just people – no better (and often much worse) than not-government people. They are not smarter, wiser, or possessed of superior judgment than we not-government people. But they believe themselves to be. And thus, these anointed presume to decide on our behalf.

To tell us what we’ll do.

This ought to make more of us angry. We’d be very angry if the guy next door told us what to do. We’d tell him to mind his own business – and to get the hell off our property. But somehow, we accept it when the guy next door does it by proxy. By voting for another guy who (along with other such guys – and gals, too ) will tell us what to do.

Even when it’s our lives in the balance.

Like the 290 lives ended by air bags since 1990 – most of them infants and small children but also elderly people whose fragile bodies could not withstand the force of the deploying bags. Thousands of others have been hurt by deploying  air bags.

This latest issue threatens millions. Perhaps nothing will come of it – but so what? How dare these clowns presume to take the decision away from us! To make cost-benefit calculations for us!

It is none of their goddamn business! 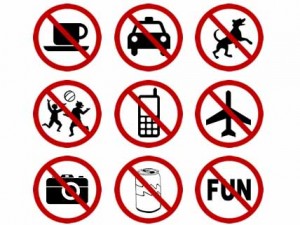 Clovers will respond: But so many lives have been saved by air bags! Perhaps so. But Clover logic being what it is, it never applies itself consistently. We are routinely told by Clovers that “x” new law, mandate or restriction is justified if “it saves even one life.” Well, how about the obverse? What of the 290 lives lost to air bags? I guess those lives don’t matter. Because, of course, they’re not Clovers’ lives. They are merely the lives of others that Clovers like to toy with.

Think about that the next time you’re behind the wheel, staring at the explosive blob pointed at your face. It might indeed save your life. But it could also end it.

And someone else will have made the choice for you.