How much would the average new car cost if the least expensive new car you could buy cost around $5,000? 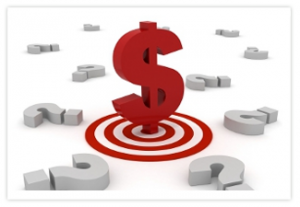 Part of the reason for the ballooning cost of new cars is the balloons in new cars – six air bags, for example (only two are formally required by law, but six is becoming the de facto standard – and several 2013 models have eight or more). Not just the bags, either – but all the rest of it, too. I’ve written before about this. About the cumulative cost-per-car of all the government mandates. The total cost of the mandates is probably more than the cost of cars themselves in the era before mandates (circa pre mid-1960s). But that’s not what this column will be about.

Today’s column is about what the effect on new car prices generally would be if all the government mandates were to be un-mandated. If it were legal for a latter-day Henry Ford or Ferdinand Porsche or Hans Ledwinka to bring to market something basic. You know – the kind of car they don’t make any more. Because they can’t. But let’s imagine they could – legally. That a man would not face The Goon Squad (and prison) for building and selling a simple car shorn of 30 years’ worth of Uncle’s Edicts. No air bags, crumple zones, whiplash headrests, back-up cameras or tire pressure monitors (just for openers). Not glamorous, not fast – and yes, not “safe” relative to the government-mandated car of The Now. But simple and inexpensive – as cars once were back then, when people could decide for themselves. (Just as they are still allowed  – for now – to decide to live in a “less safe” but less expensive neighborhood.) 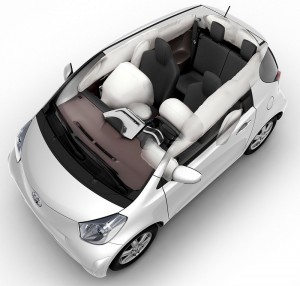 Probably, it’d be exactly like the pressure we see  acting on computers.The existence of decent $300 machines exerts pressure on the price of machines higher up the food chain. Downward pressure. It is harder to justify higher prices given the existence of serviceable lower-priced alternatives.

Imagine how the same pressure could work to our benefit when it comes to cars.

If air bags (and so on) were optional – as they were once, a long time ago – many cars would still offer them. Some would still come with them as part of the standard equipment package. But there would be a great deal of pressure to cut the costs – and make them more affordable – simply by dint of the fact that people could say no – could buy a car without such cost-adders. In the same way – and for the same reason – that car insurance used to cost less, before everyone was required to buy it. The insurance companies had to cater to customers – and could not dictate terms. When there’s an alternative – when there is free choice – people get more choices. And choices that cost them less.

It is almost a mathematical axiom. 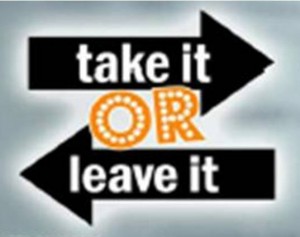 But when every single driver is told he must buy insurance – and that any new car he buys must have air bags (and all the rest of it) he will inevitably pay more – precisely because he  has no alternative. And because there’s no incentive for the car companies to lower costs less when they know they have a captive audience. Take it – or leave it.

We can’t know exactly how much less the average new car would cost absent all the government-mandated folderol – and given the pro-consumer incentives that would exist in the absence of the folderol. But we can make an educated guess. Until 2003, you could buy an original Beetle – the (mostly) government-free model first designed back in the 1930s and which put millions on wheels the world over – for about $7,000 U.S. in Mexico. In India, you can buy a modern take on the VW concept – the Tata Nano – for $3,000.

Let’s split the difference and say for the sake of discussion that a no-frills, A to B commuter car could be put on the market for $5,000 – an entirely reasonable estimate in the absence of government mandates. Now contemplate what the mere presence of such a car would do in terms of applying market pressure to today’s least-costly government-mandated new cars – the most inexpensive of which (Nissan’s Versa 1.6) starts around $11k. This car has no radio – just the wiring necessary to accept one. No power anything. Plastic wheelcovers. Yet it still costs more than twice what our hypothetical government-free car costs. Because like all new cars, the Versa must have at least two air bags, “safety” seats, a fairly large and heavy body (to successfully pass the government’s crashworthiness folderol) and etc. and so forth.

These things – roughly – double the retail price of a no-frills car.

Absent the legal requirements that all cars must have all the equipment currently mandated by government, the mere existence of our hypothetical $5k bargain buggy as a possible alternative would exert enormous pressure on Nissan (and the rest of them) to find some way to lower the cost of their not-so-bargain buggies. Because otherwise, they’d find themselves sans buyers – or sans a goodly number of them. Probably, they’d make the air bags, back-up cameras, tire pressure monitors and so on optional, too.

And what’s so bad about that? If the Clovers are correct  – and everyone (or even most people) really do want air bags, etc., then surely they’d buy them of their own accord, without being forced to. And if not? Well, isn’t that – properly speaking – their right? To choose? And wouldn’t we all benefit from that – no matter which choices free individuals ultimately make? 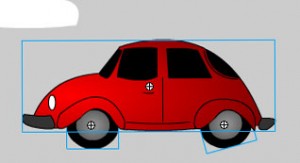 If the equipment passes cost-benefit muster, people will usually say yes. Without coercion – because it’s in their interests to do so.

And if they say no, then costs go down for us all.

Which is a benefit for us all.

I’ve Got a Golden Ticket