Few of us like to interact with cops – like scabies, they are best avoided entirely. But when do you have a choice – and when don’t you have a choice about interacting with a costumed enforcer? When are you legally required to identify yourself? To produce ID? Laws vary, state to state, but here are some general things to know:

This generally applies to pedestrians and so on – people out in public, but not operating a motor vehicle.

Most people – because they have been taught to defer to people wearing state-issued costumes – will answer a cop’s questions, even though they would rather not – and probably would not have, if the person asking were just an ordinary citizen as opposed to a costumed enforcer. They feel pressured. Some will show their IDs, if asked – and even grant permission to let the cop rifle through their possessions.

Arguably, all of this is less than consensual, real-world-wise, if not legally speaking. Because it can be intimidating to find yourself face to face with one of the state’s costumed (and armed) enforcers. Absent the costume (and the gun) you might be inclined to tell the person to piss off and leave you the hell alone.

However, you are not legally obliged to provide your ID, or even tell the cop your name – much less answer the cop’s questions – if the encounter is “consensual.”

Unless the cop has some legally valid reason for detaining you (more on this in a minute) you have every legal right to simply walk away. Check Makro Specials and Pick n Pay Specials. And that’s how you determine whether the encounter is, in fact, consensual. By asking him a question:  Am I free to go?

If the answer is no, then you are being detained.

Very important:  Always ask the question – am I free to go? – and get an answer. Because if you don’t – and just walk away –  the cop could claim later on that you “ignored a lawful order” (or “resisted”) and might escalate the situation in a way you will not like.

You want things crystal clear and openly stated – with no room for misinterpretation. If at all possible, turn on a recording device the moment you are faced with a costumed enforcer. 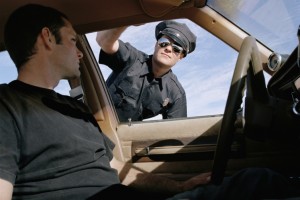 This is the step preceding arrest. The cop has (or claims) a “reasonable suspicion” that some specific violation of law has occurred (or is about to occur) and has temporarily detained you for purposes of further investigation. As a practical matter, all traffic stops are Terry stops – named after a landmark Supreme Court case.

While you still do not have to answer any questions (Fifth Amendment) in several states you are legally obligated to state your name if asked and (if you are operating a motor vehicle) provide a driver’s license verifying your identity. In some situations – state laws and circumstances vary – the cop may demand that you exit your vehicle and pat you down/perform a cursory search of your vehicle.

Even so, you should always clearly state that you do not consent to any searches. This may help you in court if it is determined the stop itself was not legally justified.

Also: You are not legally obligated to carry a government ID on your person if you are not operating a motor vehicle on public roads – e.g., walking down the street.

Having stated your name – or provided your ID, if in a motor vehicle – you should once again ask: Am I free to go?

Now it is up to the cop whether to proceed to the next step – arresting you. 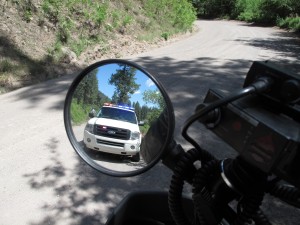 Arrest means you have been  formally charged with an offense – and are being taken into custody.

Probable cause that a specific crime has been committed is the legal standard here. Usually, the cop will literally say, “you are under arrest” – and then cuff you. Once formally arrested, the cop has the legal authority to thoroughly search your person as well as any belongings and your vehicle, etc. Even so, do not give consent – unless you wish to consent to a search.

If the cop tells you he’s arresting you, ask him to specify the charge(s) and then zip it. Nothing you say to the cop at this point will result in him taking off the cuffs (much less letting you go on your way). Once formally charged and arrested, you will be taken into custody.  If the cop tries to question you further, tell him – politely – that you won’t be answering any questions.

Repeat, if need be.

If the cop won’t say “you are under arrest” – and has not handcuffed you – continue to ask: Am I free to go? Repeat this until you are either allowed to proceed on your way or taken into custody.

* Disclaimer: I am not an attorney and the above info is provided as a general guide only. Consult the laws in your particular state.

Thinking About a Motorcycle or Scooter?