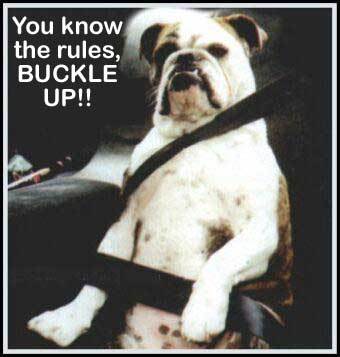 Not “buckling up for safety” can get you killed all right. By a cop.

That’s what happened to Deland, Florida resident Marlon Brown about a week ago. Brown was killed – run over – by Deland Police Officer James Harris, who pursued him with his squad car after Brown tried to run away on foot after being stopped over a seatbelt violation (see here).

Brown – according to news reports a popular neighborhood barber – hadn’t done anything to anyone.  His “crime” was to have asserted self-ownership, which in a slave society is the gravest offense there is. He probably thought to himself: I am a grown man. No one has any more right to demand I wear a seatbelt than they have a right to insist I eat my veggies or wear a sweater because it’s cold out. Whether eating veggies or wearing a sweater on a cold day – or “buckling up for safety” – is a good idea or a bad idea is completely irrelevant insofar as it’s my self that’s involved and thus, no one else’s business. Certainly not a cop’s. Aren’t cops supposed to fight crime? When did the job of a cop become parenting or life-coaching at gunpoint? Who the hell are these people to point guns at me over my decision to not “buckle up”? 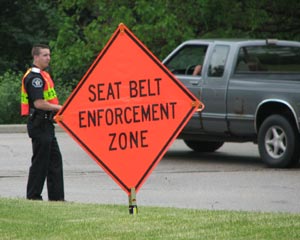 Brown likely had such thoughts as he saw the wig-wag lights of Officer Harris in his rearview. Then, he probably got mad. I know I would have. You are driving along, minding your business, causing no harm to anyone. Then you glance up and see the bright lights – and the buzz-cut head – of Officer Unfriendly. This costumed menace is about to threaten you with violence and – at minimum – shove a piece of paper in your face that will demand what amounts to a ransom payment, or else. The “or else” being a jail cell. Over… nothing. A non-crime.

And so, Brown attempted to flee. It ended up costing him his life.

Mind, “officer safety” was never threatened. Brown merely tried to get away from an obnoxious costumed thug who had no business bothering him in the first place. But that was sufficient to justify summary execution by motor vehicle.

It is not an isolated happenstance anymore. Not a month goes by – oftentimes, hardly a week goes by – without some godawful report of a citizen being killed by cops over…. nothing. A murder – and that’s exactly what this was – prefaced by some petty affront to the authority of someone in a state-issued costume. Check Sprouts Ad and Albertsons Ad.Talk back – hell, dare to question – and the Tazers come out. Attempt to ward off the blows – and you will hear Stop Resisting! as the blows continue to rain down. They may – or may not – stop at merely a beating, a kicked-in skull. 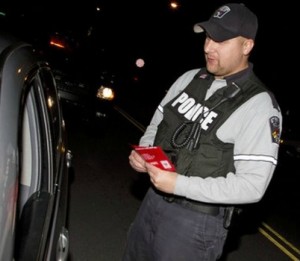 Marlon Brown learned just how far it can go. A witness to the event, Sabrina Waldron, stated: “After the car hit Marlon and landed on him the back end of it was up in the air.” Thus ended Brown’s life.

Was it worth it? Was it right?

A man is dead – for no reason. Or rather, for a very bad reason.

In a sane society, Officer Harris would have had no legal pretext for bothering Marlon Brown. He may have looked askance at him for electing to not wear his seat belt – just as I may look askance at a grossly obese person ordering a double cheeseburger and 64 ounce Coke – but insofar as Officer Harris’ legal authority was concerned, he (in a sane society) would be powerless to intervene. That’s how it ought to be. For the same reason most of us – dear god, let us hope – do not want costumed men with guns rousting us out of bed to go for “healthy” morning jogs or supervising our dinner menus, threatening us with nightsticks and Tazers and guns if we don’t abide by their “recommendations.” 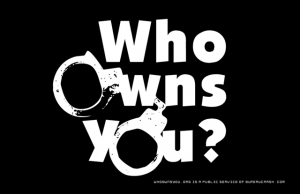 And yes, that is where we are headed – if  people (enough people) do not come to their senses. If enough people don’t learn to discipline their inner busybody – if only for their own sake. Because most definitely, what goes around will come around. You may find it appalling that some people choose to go unbuckled. Resist the desire to insist they do so. Because if you do insist,  you’ve just given license to the inner busybodies of all those people out there – among whom, no doubt, there will be busybodies who just can’t abide something about the way you live your life. . . some “risky” hobby, some “unhealthy” habit. No small corner of what used to be your life will be left to you. Chained to a collective – compelled to Submit & Obey.

And the antidote to this horror? Self-ownership. You own you. I own me. Neither of us has any claim on the other that’s enforceable at gunpoint. Feel free to suggest. To recommend. But when it comes to the use of force, the one and only legitimate justification is self-defense. Otherwise, leave me alone – and I will leave you alone.

If that had been the law in Deland, Florida, Marlon Brown would still be alive.

And James Harris would not be a murderer.