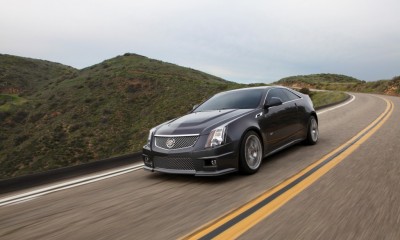 Power is everything – when it comes to the Cadillac CTS-V. 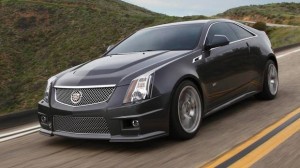 And – you can go coupe (subject of this review) sedan – or wagon. Take your pick.

What was it MC Hammer said?

The CTS-V is the amped-up, ultra-performance version of the mid-sized Cadillac CTS. In place of the standard car’s 3.6 liter V-6, the CTS-V is fitted with an almost twice as big – and twice as mighty – supercharged 6.2 liter V-8 (sourced from the Corvette ZR1). 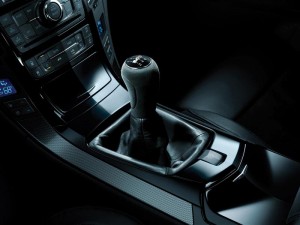 It is uniquely powerful – nothing else in its class even approaches its sheer muscle – as well as unique among its peers in that you can have all this muscle – and a six-speed manual transmission – in your choice of coupe, a more practical sedan – or a more stealthy (and even more practical) wagon.

Other cars with approximate performance capability – though nowhere near as much rawboned engine – include the $60,100 to start BMW M3 (available in coupe/convertible and sedan versions, but not wagon versions), the $68,900 to start coupe/convertible-only Audi RS5 – and the sedan-only and automatic-only $59,800 Benz C63 AMG

A new CTS (and so, CTS-V) is on deck for 2014 – so this is the final year for the current version of the CTS-V. It may – given political realities – also be the last hurrah for the heroically un-PC (because 14 MPG) supercharged 6.2 liter V-8. Whatever replaces it may be even more powerful – but it may be less magnificently Neanderthal. 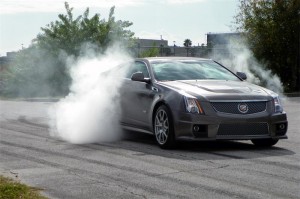 Corvette ZR1 in Cadillac clothes – for less money than a ZR1.

Surprisingly gentle when not aroused.

Lethal when it is aroused.

Given how much gas it uses, it could use a bigger gas tank. 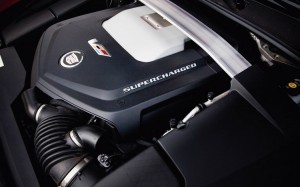 A six-speed manual is standard, with a six-speed automatic available as a no-cost option.

Right off the bat, the CTS-V stands out for having a standard manual transmission – a Fun Factor Feature not even offered as an extra-cost option in either the RS5 or the Benz C63, both of which come only with automatics. The BMW M3 is the only direct CTS-V rival that also lets you shift your own gears – but the BMW comes up way short in terms of what’s connected to those gears.

The Caddy’s big V-8 is in a class by itself, producing triple digits more hp than its next-closest rivals. And so much more torque, it’s embarrassing (to the competition) to make the comparison.

This disparity in output is nothing short of incredible. It’s equivalent to the Caddy having an additional 3-ish liter V-6 in its trunk.

Thus, despite being 513 pounds heavier (yes, you read that right) than the M3, the Caddy still beats it convincingly: Zero to sixty in just under 4 seconds vs. 4.6 seconds for the BMW. That’s more than a half-second’s difference – a big difference for cars in this elite class. You have to upgrade to the M5 to get closer – but even then, it’s not close enough. The $90,200 M5 only offers 560 hp – and a 4.2 second to 60 run. 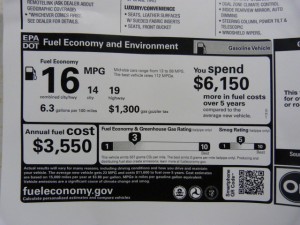 Interestingly, the only car in this class that almost matches the CTS-V’s numbers just happens to be the only other car in this class with a monster V-8: The C63 AMG Benz. Though not supercharged, the C63’s 6.2 liter engine still makes lots of torque: 443 ft.-lbs. – in addition to 451 hp. In the 3,649 lb. C63, that’s sufficient power to achieve  a close-shave 4.2 second to 60 score.

Truly, there is no replacement for displacement.

All the cars in this class are “gas guzzlers” – the political pejorative ginned up by the car-haters in DC – and so get hit with punitive add-on fines. In the case of the ’13 CTS-V, it’s an additional $1,300 line-item added to the MSRP. Interestingly, the CTS-V is no more of a “gas guzzler” than the much lighter – and much smaller-engined – M3, which rates 14 city, 20 highway vs. the Caddy’s 14 city, 19 highway. 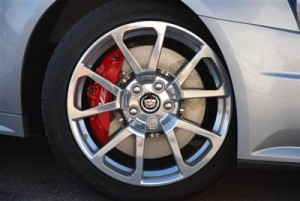 Given the CTS-V’s size, weight – and massive horsepower edge (105 more hp than the Benz, 142 more than the M3) the Caddy’s mileage is actually pretty damned good.

But, tell it to Uncle.

Having almost 600 ft.-lbs. of torque under your right foot is a thing that is hard to translate into mere words but it is the attribute – rather than the CTS-V’s formidable horsepower – which defines the car. Bring the revs up, sidestep the clutch as you nail the pedal to the metal – and you will receive the automotive equivalent of a Vulcan mind meld transporting you back to the late 1960s and into the left seat of an animal of a car such as an L-88 427 Corvette – or perhaps a dual-quad 426 Hemi ’70 Superbird. It’s too much – almost. Remember: This is a rear-wheel-drive car. No AWD to split the output four ways. It’s all coming down via those two Michelin Sport pilots behind you. Better be ready – better know what you’re doing. 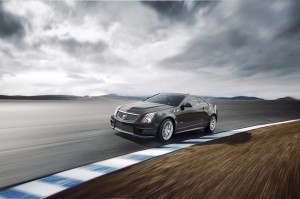 The Caddy’s vaslty superior (to the muscle cars of yore) suspension and 19 inch wheels modulate the blizzard of torque, but it’s a handful nonetheless. It will scare the unready – and that, frankly, is a big part of its charm.

Though fully modern – with all the proverbial bells and whistles – the CTS-V is  an olds soul, in terms of what happens when the left pedal goes up – and that right pedal goes down. It is not a car for the poseur. You are sideways for the first 20 yards or so, countersteering to at least keep the nose pointed in the general direction. Off the gas for just a brief moment – long enough to stab the clutch and grab second. The back snaps out again as the tires chew into the pavement – another 20 yards of twin 19-inch black smears the evidence of your passing. I have an old muscle car with a huge V-8 that can also do this. The CTS-V is the only new car I have driven that can do it, too. 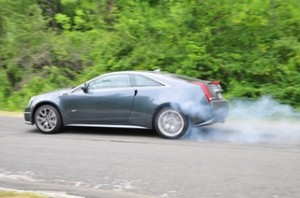 You want to impress the kids? Do a rolling burnout. Don’t bury your right foot until the car is already doing 20 or so MPH. Then hit it. Any car – just about – can spin the tires from a dead stop. Very, very few cars have the oats to break traction once they’re moving.

The joy is that such a car exists. The tragedy that it is a rich man’s toy – that few ordinary Joes and Janes will ever get to experience it.

I mentioned earlier the car’s curb weight. The gloriously, gratuitously over-muscled V-8 hides its presence – and that’s true in the corners, too. This car is capable of sustaining more than 1 “g” of lateral force without coming unglued – a situation far more likely to be experienced as a result of the engine’s power overwhelming the rear tires than the suspension being overwhelmed by cornering forces. That’s the chief worry; coming on throttle too soon – and too heavy. 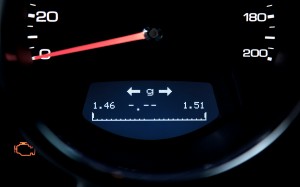 Luckily, there is a performance-calibrated version of GM’s StabiliTrak stability control system – with driver selectable modes – to keep the driver from losing it before becoming accustomed to it. If the old two-stroke tripe motorcycles I like to play with had such a fail-safe, they’d have never earned the dubious honorific – “widowmaker” – back in the day.

Select “competition” mode and you’ll be taken right up to the edge, but pulled back just in the nick of time – so that next time, you’ll be ready for it. Once you’ve become used to the Nextel Cup-levels of torque that pour off the 6.2’s crankshaft at full boost (15 psi) you’ll be ready to turn the StabiliTrak off – and yes, it turns all the way off, not partially off – and test your bravery and your skill.

Not necessarily in that order.

And that is what makes this car so special. Though startlingly civilized – in stop-and-go  traffic, it’s as docile, as quiet and as easy to drive as a regular V-6 CTS – it is also just as startlingly feral when provoked. Exactly like the most brutal of ’60s-era muscle cars. The chief difference being, they were brutal all the time. The CTS-V is only brutal when you ask him to be. (And yes, “him.” Just as Captain Ernst Lindemann of the battleship Bismarck insisted his massively armed battlewagon be referred to as he – and not she.) This car is about firepower and throw weight. The 600 pound bench press. A broad axe – not a Katana blade. 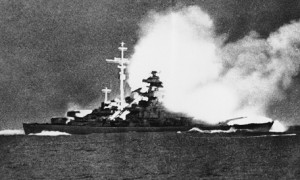 And yet, in every way except rearward and to the side visibility – which is impaired by the Caddy coupe’s severely angular planes (including an almost horizontal rear glass section) and the too-small gas tank (just 18 gallons, which is not enough capacity given real-world gas mileage that’s in the 9-10 MPG range, at least the way I drive) this is a berserker that could easily serve as an everyday car. Even the exhaust is deceptively mellow. At idle, you can tell it’s a V-8, of course – but 556 hp? No way  . . . really? I had several people ask. 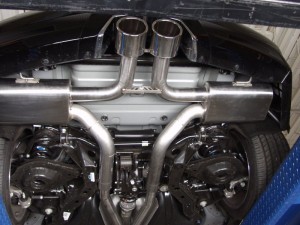 Even at full throttle, the bellow is fairly muted – given what’s brewing under the hood. You can just barely hear the whine of the blower over the AC fan. Personally, I’d like a bit more noise. At least, at WOT. Many modern sport bikes (and some exotic high-performance cars) have electric exhaust gates that bypass the mufflers at full throttle. Something like that would be the ticket here. The typical prospect wants to hear the engine sing.

This is not a Camry, after all.

Cadillac was once the outlaw brand. It’s becoming that again. Obstreperous fins have transformed into jutting angles – but it’s the same ballsy bellicosity that Cadillac had once, lost for awhile – and has now recovered.

Love it – or hate it – the CT-V (especially the coupe) is as distinctively “Cadillac” as a ’59 Eldorado. Personally, I love it. A car this raucous mechanically deserves an equally raucous exterior. Once again, the competition seems almost limp-wristed in comparison. 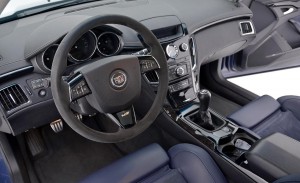 This is a big car, too – in addition to being big-engined. The coupe is about 7 inches longer overall than an M3 coupe (188.5 inches vs. 181.8) and some three inches wider, too (74.1 inches vs. 71.5). The CTS-V coupe is also about eight inches longer, end to end, than a C63 sedan (180.8 inches). This adds to the car’s exterior aesthetic gravitas – and also to its spaciousness inside. Especially as regards the back seat accommodations, which are tight but usable vs. tortuous in the smaller-sized competition. For example, the coupe’s got 35 inches of rearseat legroom – vs. 33.4 in the C63 sedan and 31.7 inches in the RS5 coupe. The M3’s backseat are similarly coach-class: 33.7 inches of legroom. The Caddy also has the most generous front-seat legroom (42.4 inches), as compared with 41.3 for the Audi, 41.8 for the BMW and 41.7 for the Benz. 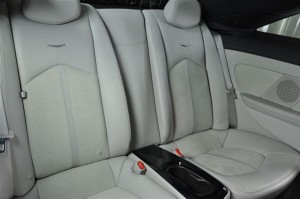 The Caddy does come short when it comes to headroom – blame those aggressive angles, again.  Up front, it’s 36.9 inches – vs. 38.4 for the M3, 39.1 for the RS5 and 37.1 for the Benz. However, I can vouch for the following: A 6ft 3 man (me) has adequate clearance in the Caddy. Your mileage may differ, but unless you’re really tall, probably, you’ll find it acceptably accommodating.

My test car had the optional ($3,400) Recaro sport buckets, which offer track-day lateral support but also happen to be super comfortable for day-in, day-out commuting. Normally, I dislike electronic gimcrackery – but the Caddy’s pushbutton door openers are both clever and ergonomic – more so than conventional pull-type door handles. The clutch is light, the shifter a joy to row. 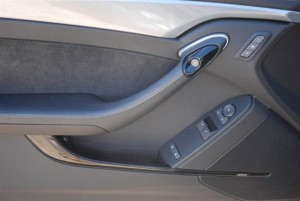 You can even turn off the stupid DRLs – finally.

Even so, it’s plenty belligerent – in a good way – as it is. 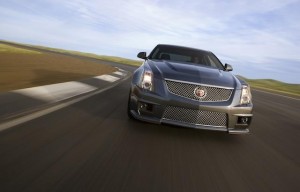 The only thing I’d change is the fuel tank’s capacity, which as mentioned earlier is too small for a car this hungry. My ’70s muscle car is comparably consumptive, but it at least has an appropriately sized 21 gallon tank. It gives you the illusion of better economy – and allows you to go 200 or so miles before a mandatory pit stop.

Gather ye rosebuds will ye may.

They aren’t going to allow cars like this to roam loose for very much longer. That $1,300 “gas guzzler” thing? Take my word for it – it’s just the opening salvo.