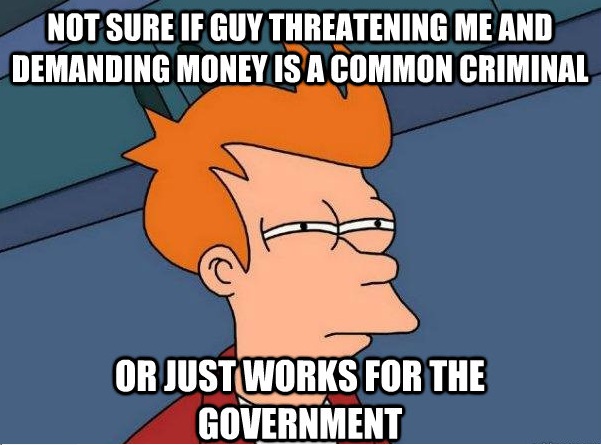 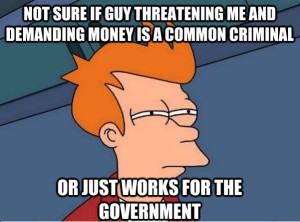 “Why is it per se wrong to work for the government? Let’s say you’re working as a firefighter. Or a teacher (presuming you aren’t indoctrinating your students with statism, of course). Or a librarian in a public library. Or a doctor who works at a government hospital. Or someone who builds roads for the government. I could probably think up more examples, but . .  I don’t see any NAP violation, at least as such, in taking any of the above jobs.”

It is very wrong, dear reader.

It’s just that most people don’t realize it – because they only see one half of the equation. The “good” – but not the bad.

This dangerous illusion must be dispelled. 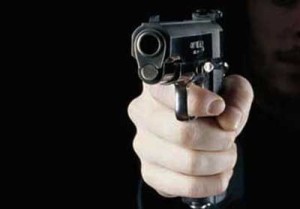 At minimum, some other person – some victim – has been cowed into submission using the implied threat of physical violence.

It doesn’t get more wrong than that. 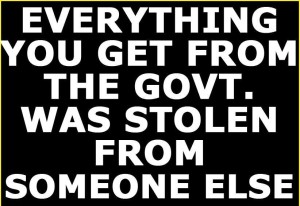 Because violence by proxy – via the flim-flam of the ballot box and by having other people do the actual dirty work on our behalf – allows us to blank out the true knowledge of what’s going on. It is very hard – for most people – to contemplate threatening to assault their next-door neighbor for almost any reason. Even if your own wife or mother desperately needed food, obtaining it by kicking in your neighbor’s door and forcibly taking it at gunpoint is something very few psychologically normal people could do without experiencing extreme pangs of moral guilt. Particularly if the their victim attempted to defend himself and it became “necessary” to actually harm – or kill – him in order to obtain their “help.”

But when people use the ballot box or other mechanisms of “democracy” to do the same thing, they feel ok about it because they are not forced to confront the reality they have victimized other human beings. 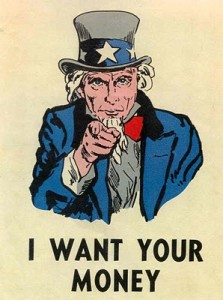 Moreover, a principle has been established – and a precedent set – when one accepts blood money for whatever purpose.

I’ll give you an example:

Like most people who own their homes/land, I am forced to hand over a large sum of money every year – a sum that can and will be increased at the whim of politicians, irrespective of the hardship it imposes and without (in principle) limit – to “help” fund the local government schools, which we do not use nor wish to support. I have no doubt the teachers mean well – and I have nothing against “the children.” It is probably true that some “good” is being done.

But what about the harm being done?

I, like every other American, will never truly own my home – because I can never pay off the “mortgage” – government’s claims (other people’s claims, really) on me. Even though I long ago paid off the bank. I am chained to perpetual, open-ended obligation.

My “good” – my financial security – and my peace of mind – is undermined. For the sake of some other person’s “good.”

Over the past ten years, the total taken from me to “help” the local schools amounts to almost $20,000. Over the next twenty, it’ll be another $40,000 – assuming the annual rate does not increase (which is about as likely as my rooster reciting Shakespeare). It will be said I can “afford” this. That it is necessary for the good of the children. Other people’s children. As opposed to the good of my own family.

How nice it must be to glibly dispose of other people’s money. 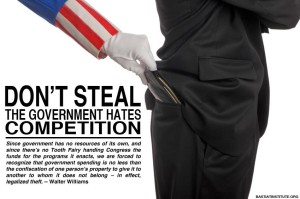 My physical security is threatened, too.

Because if I ever decline to “help,” eventually, men with guns will come and physically remove me from “my” home. These men will try to kill me if I attempt to defend myself.

You may say I am selfish and mean-spirited for not wanting to “help” finance “the children’s” education.

But here’s the broader point: If it is ethically ok to insist I hand over my money – and threaten to cage/kill me if I say no – for the sake of one thing, then logically, it is ok to do so for another thing.

In fact, for almost any thing. 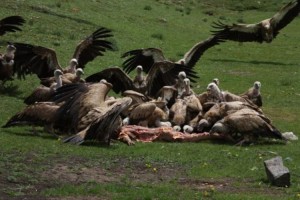 “Good” is a subjective. You may believe it’s taxpayer-financed public (government) schools or libraries. I may believe it is a new shopping mall – created via eminent domain seizures of people’s homes and land to make way for it. Another person might believe it would be good to send a manned mission to Mars. No doubt some of these things are good – at least, in the eyes of some, and in terms of those who benefit. But they also entail and necessarily create victims. Winners – and losers. A potentially limitless pool of them. Indeed, we all become one another’s victims – for the sake of one another’s conceptions of “good.”

And – presto – we get to where we are: A system of plunder on a vast scale, in which you’re grateful to be “allowed” to keep anything, but in which nothing you have isn’t, in principle, off limits. 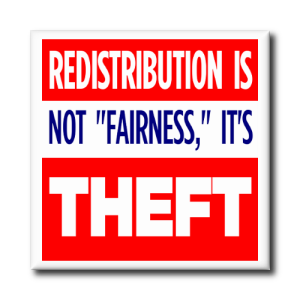 So, yes, I hold that it is wrong to work for government in any capacity that involves remuneration taken from the hide of an unwilling victim. Because it acts as an acid on human decency – turning us all against one another by legitimating violence to get what we want.

Theft is theft – and violence is violence. It’s important, I think, to be both honest about that as well as ethically and intellectually consistent.

Otherwise, we have no basis for objecting to it when it’s done to us.