In Connecticut, prosecutors are beta-testing a new legal doctrine: That a person can be held criminally responsible for the actions of other people.

The case at issue (see here) involves two teenage boys who were out drinking with their friend, 17-year-old Jane Modlesky. After some hearty partying, the teens parted ways. Modlesky dropped the boys off at home and drove off in a 2008 Honda Pilot – and subsequently, drove into a tree. She was killed – and the boys have been charged with being accomplices to drunk and reckless driving. Another teen was charged for throwing the party at which the alcohol was served.

It is not alleged that the boys forced Modlesky to drink – nor to drive. The crux of the case seems to be the assertion that the boys had a positive obligation to prevent Modlesky from driving. In the words of James Kennedy of the Glastonbury, CT Police Department:  “They very well knew that she was intoxicated and should not have been driving.” He does not complete the sentence, which – if logic follows – would be: “And they had a duty to keep her from driving.” 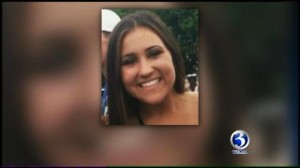 It is an odd doctrine, to say the least. If the boys had attempted to forcibly restrain Modlesky – had put their hands on her – would they not have placed themselves in peril of being charged with criminal assault/battery? Perhaps sexual assault? Keep in mind – they are boys (plural) and Modlesky, a girl (singular). No boy in possession of his senses – drunk or not – puts his hands on a girl unwilling.

And two boys forcibly restraining a girl? Holding her down, locking her in a room? Rifling her pockets and purse to get her keys away from her? Imagine they forgot to get her cell phone. And that she had called the cops. Told them – tearfully –  she has just been attacked by two boys, who have locked her up in a room. Cue the SWAT team. 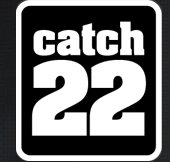 If not restraint – what? The boys were obligated to call the cops? To narc on their friend?

This is a Soviet doctrine.

Imagine if it becomes accepted doctrine.

Instead of Big Brother watching you, everyone will be watching you. If you go out drinking with your buddies, your buddies will be eying you all night long (and you, they) for signs of potential (as well as actual) law-breaking. Keep in mind that the Modlesky case presumes the boys not only knew their friend was drunk but also that they knew she was going to drive recklessly.

It follows, therefore, that you will be legally obligated to know just how much is too much, insofar as your friends’ drinking is concerned – and also (put your wizard hat on) what they’re going to do subsequently. Any possible criminal act they may commit becomes a de jure actual act – and you’re responsible for not preventing it!

This sounds crazy but in fact, it’s already the law.

Bartenders, for instance, are legally obliged to keep track of how much patrons are drinking – and to cut them of when they’ve had “enough.” If not – and the patron subsequently drives and wrecks, the bartender (and the owner of the bar) can be held legally responsible. Criminally as well as civilly.

How, exactly, a bartender is supposed to keep track of dozens of people in a dimly lit room – much less know who’s had “enough” (what constitutes “enough” for a 110 pound female may be a lot less than “enough” for a 200 pound male) is never spelled out. Because – short of Breathalyzing (or better yet, blood-drawing) every patron every hour and having them perform various tests to determine whether they’ve had “enough” – there is no objective way to quantify “enough.” It is a completely subjective standard. The barkeep can’t win – so we lose. Check Rebel Sport Catalogue and Amart Catalogue. He cuts everyone off after two or three drinks, just to be safe. This is exactly what the airlines do, too. You’re allowed two in-flight cocktails. No more. 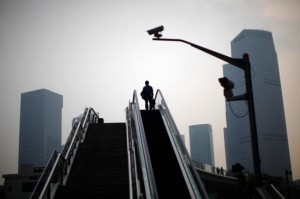 We’re all in loco parentis.

The boys in the Modlesky case had no way of knowing that their friend would drive recklessly – and into a tree. It was possible, certainly. But the old-fashioned notion that only actualities count is to be tossed into the dumpster of history – along with the equally anachronistic notion that each of us is responsible for our actions, but not for the actions of other people.

Now – if the principle is embraced – we are truly to become our brother’s keeper. By force, if need be. It will be in our self-interest to narc one another out.

And that’s probably exactly what they want.