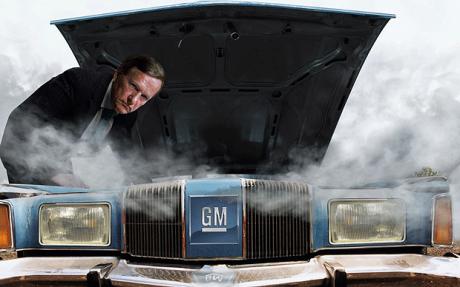 In Washington, they always try to announce unpleasantness during the off-hours (weekends, holidays and such) so that – hopefully – the stink will be less noticed. 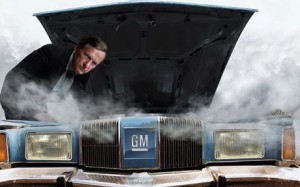 The recent announcement of the accession of Mary Barra as the new CEO of General Motors just happened to be exactly coincident with the announcement that the federal government has divested itself of its remaining partial ownership of GM.

The bad news – according to the Center for Automotive Research – is that $14 billion in taxpayer dollars went up in smoke as a result of the government’s “investment” in GM.

Now, this is supposedly mitigated by the recovery of GM – and the existence of all the associated jobs (and consumer spending and tax revenue) that would have disappeared had GM not been crash-carted by the federal government. That is, had the violence of the state not been used to forcibly compel ordinary Americans to subsidize the failure of a big corporation and thereby immunize it from the moral hazard (having to face up to the consequences of poor decisions) that face them – you and me – in the course of their ordinary, individual lives.

But it’s a false premise. 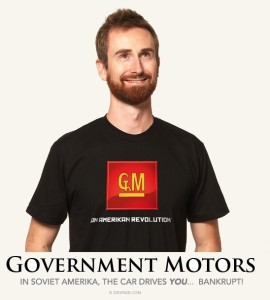 Why is it assumed that, had GM not been crash-carted, a zero-sum game would have ensued? Certainly, there were parts of GM that were sound. Had the corporation gone on the block, these worth-something parts would not have been thrown away. Do people throw away machine tools? Physical plants? Of course not. They are sold – and re-used.

Consider the analogy of a guy who owns a car he can no longer afford to fix. Perhaps he is not competent to fix it. In any case, he realizes it is time for him to bow out – and hand the keys to someone who can fix it (or who can afford to have it fixed). The car is not thrown away because it needs a brake job (or even a new engine). A free exchange takes place – and both parties are benefited. The in-over-his-head former owner walks away from something he isn’t able to deal with – cash in hand, which he can use for other productive purposes. The new owner has less cash in hand, but holds title to a new (to him) car that he will repair and which, once repaired, will be of more value to him than the cash he parted with.

This analogy is simple, but it scales. 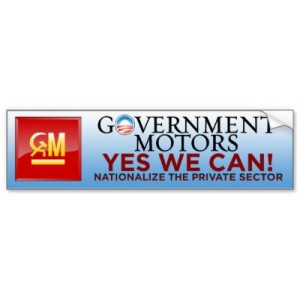 Had natural market forces been allowed to take their course, there would have been change of a piece with our example above. Some people within the company – in over their heads, perhaps – would have had to get out. But new people would have come in – and made lemon aid out of lemons.

Without squeezing other people to do it.

Perhaps some of the individual brands (and specific car models) subsumed under the GM umbrella would have been sold off – but the viable ones would not have been given the needle.

Ownership changing hands is not the end of the world. Sometimes, in fact, it is a necessary tonic. So also the ebb and flow of success – and failure. The prospect of the latter encourages the former. It is much easier to be flippant about walking a tightrope knowing there’s a safety net below.

It has been observed that America is a mixed economy: Socialism for the rich – “free market” capitalism for the poor and middle class. Though the American economy is far from being free, the fundamental observation is valid. Corporate colossi such as GM are insulated from the poor decisions taken by management, which almost never feels any meaningful personal pain as a result of those decisions. They have “pull.” The small businessman, the individual proprietor does not. The former chuckles it up with congressmen and senators on private jets owned by the corporation. The latter gets auto-penned form letters from his congressman. 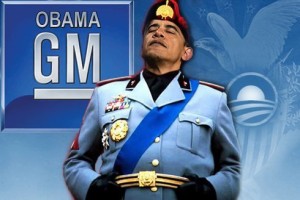 GM is making interesting cars again – and making money again. That’s great. But it’s simply not true that GM would not have continued to make cars – some of them, the ones worth making – absent the bailout.

They might not have been called GM cars. Someone else’s name (or some other company’s name) would have been on the fender, perhaps. Different people would probably have been in charge – and working the assembly lines.

Since when does a for-profit business (and those who run it) have the right to exist in perpetuity?

A business has the right to exist  exactly as long as there are customers willing to support it. Once those customers withdraw their support, a verdict has been rendered. For the state to forcibly interfere – and immunize a mismanaged company from the consequences of its mismanagement is to reward mismanagement.

And thereby, encourage more of it.

Which is just what’s happened. If you’re “too big to fail,” the government will see to it that you cannot fail. Much less have to deal with any real consequences of failure. From car companies to big banks, moral hazard has been transformed into something only the “little people” – as Leona Helmsley put it – need worry about.

The more the “little people” clue in to this, the angrier they’re gonna get – no matter how nice their neighbor’s new Impala or Cadillac happens to be.