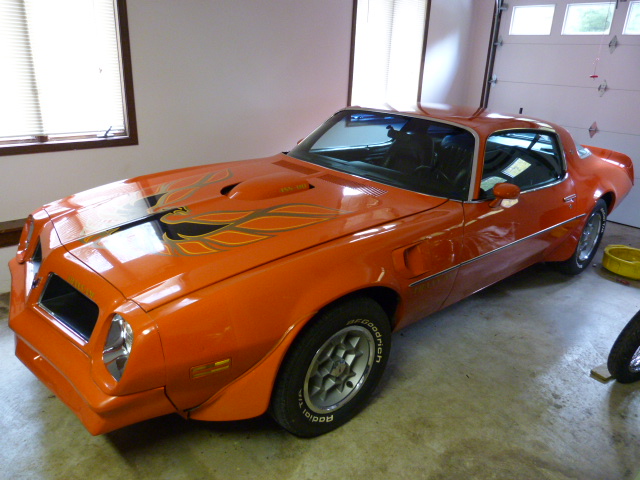 One of the very real negatives of modern car design is that even very minor impacts can cause major damage to the car. 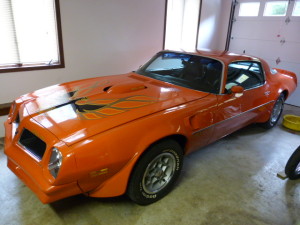 Hit something in a late-model car at 10-20 MPH – a speed unlikely to result in serious physical injuries to the occupants – and you can expect to be replacing the entire front clip, hood and supporting structures underneath.These are of course designed to “crumple” – as you’ve probably heard. To this end, the front and rear “bumpers” of a modern car are typically just thin plastic covers, easily ripped/torn and ruined beyond fixing. Underneath these are structures engineered to collapse.

Hoods are made of almost tissue-thin metal that a reasonably strong man could probably bend in half by hand.

Headlight “assemblies” are made of fragile plastic and often jut out from the car. They are very vulnerable to being damaged irreparably by such things as a runaway shopping cart – and can (and often do) cost a shocking amount to replace.

I’d rather have a car that can take a minor hit without incurring major damage. 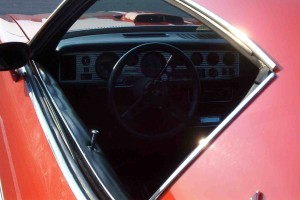 It does have a plastic-covered nose. But underneath is a battering ram of a bumper designed not to “crumple.” Instead, it transmits the force of 4,000 pounds of Pontiac to objects in its path. A Civic would not fare well in an encounter with the TA. In a minor impact between the two, my car would probably not even have visible damage. But the damage to the Civic – or any of its modern kin – would likely be considerable. And not just Civics. My car would inflict thousands of dollars in cosmetic damage to an S-Class Benz, too. Its driver would not notice, of course – until he stepped out to swap insurance info. I would not be surprised to learn that the headlight assemblies for a 2014 S-Class cost $500 apiece.

The doors in a car like my mid-70s Pontiac must weigh at least 100 pounds each. The hood is a massive slab of metal held up by a pair of industrial-gauge steel-coiled hinges.

Prop rods? Forget about it! 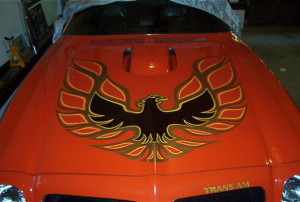 Now, granted, if I am ever in a major wreck in the Trans-Am, I am probably more likely to be more severely hurt than I would be if I had the same wreck while driving a modern, crumple-zoned car designed to take the hit in my stead. But most wrecks are not major. Mostly, they are of the fender-bender type. Only nowadays, more than just the fenders tend to get bent.

This one of the main reasons why insurance costs have skyrocketed – even as highway fatalities have decreased. Yes, cars are safer. But they also cost a helluva lot more to fix when damaged. And they are much more easily damaged, as a result of making them safer.

There ain’t no such thing as a free lunch. But, people forget.

Until, of course, they are presented with the bill. 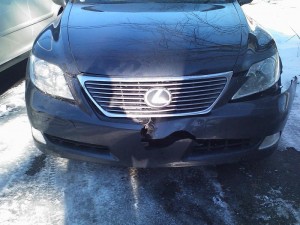 Almost everyone will, at some point, hit a deer, or bump into another car or slide off the road at relatively low speed during a snowstorm. These are accidents – properly speaking. Meaning, largely unavoidable, not attributable to driver error.

When this sort of minor impact happened while driving a typical American car of the ’60s or ’70s, the damage was usually superficial and didn’t cost a fortune to fix. Sometimes – if the car had external bumpers – all you had to do was pull the bumper back into place, which could be done with a chain or some heavy rope and a large tree. Very often, the car was still perfectly drivable, post incident. Some panels might have been askew, some chrome scuffed – but these could be lived with if you didn’t feel like spending the money to get the car fixed.

Today, you’re often looking at a couple thousand dollars in cosmetic damage. Those rubbery plastic “fascias” that now cover the front and rear ends of all modern cars are usually not repairable once torn or deformed. They must be replaced, too – because they’re frequently only partially hanging on, post-impact. And because they “crumple” so readily, any rigid parts bolted to them – the grille, for instance, which is also usually made of cheap but costly plastic – will also frequently break. The wafer thin fenders and hood are next to bend – and once they do, they also must be replaced. 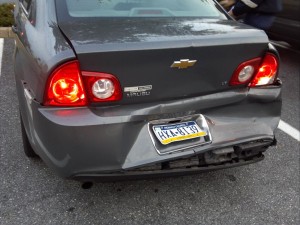 And, of course, repainted.

I’ve got a pair of Nissan Frontier pick-ups. One is a ’98, the other a 2002. Same basic truck, but by 2002, Nissan had replaced the external metal bumper with a plastic “fascia” – and the sealed beam glass headlights with plastic “assemblies.” I hit a deer in the ’98. The impact pushed the bumper in about two inches on the driver’s side and cracked the driver’s side headlight. Using a heavy rope tied to a tree and the other end looped around the bumper, I put the truck in reverse and pulled the bumper back into place. Cost: Ten minutes of my time. The cracked headlight? $25 at Advance Auto for a new sealed beam. Truck looked as it did, pre-deer.

The next year, my wife hit a deer while driving the ’02. The entire front “fascia” had to be replaced – and repainted to match –  along with the driver’s side fender. The headlight “assembly” (Nissan had upgraded the 2002 Frontier) cost more than the front fender. I have the receipt: $122. 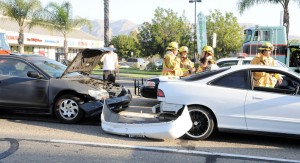 I paid out of pocket rather than inform the insurance Mafia. Because of course, once you use insurance, as surely as the sun sets in the West, they’ll “adjust” your premiums accordingly. Insurance is simply another tributum that must be paid.

And the main reason it costs so much? Because modern cars are so very, very safe.