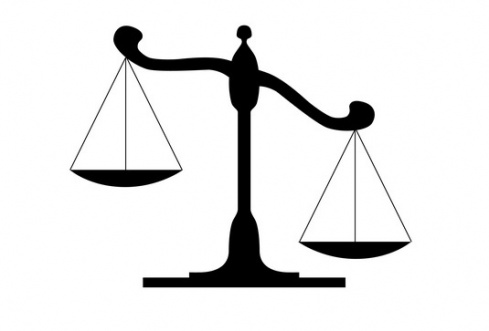 What follows is a reader’s account of his experience with state “child welfare” bureaucrats. It’s a harrowing look inside the Kafkaesque machinery of The System: 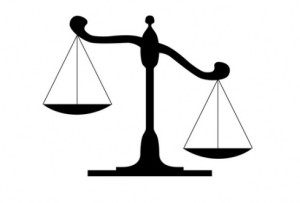 What word in the English language could adequately describe a circuit court judge, specifically a children’s court judge, that would exploit the natural instinct of a parent to protect his child from all threats to his child’s safety, security and well-being to force that parent’s compliance with an order that same parent deems legally suspect at best (and most likely wholly in violation of the rights of said parent and child)?

What justification could that judge possibly offer up to defend his threat to rip a child from her father’s home if he refused to let CPS agents in that home twice monthly; a home that was inspected and deemed fine in every way by CPS agents already; a child that was examined by a licensed physician and given a clean bill of health without any sign of abuse in any way; a child and home examined by a guardian ad litem designee that certified that the best interests of that child are served by remaining in that home with that parent?

Allow me to give some background that may give more guidance in that search:

I had two children, two girls, one of which I have joint legal custody and shared placement with her mother; to wit, the older of the two. I have not, as of this date, been legally adjudicated the father of my younger daughter and I never married the mother of my two daughters. Per Wisconsin State Statute (the state where my daughters, their mother and I reside), mothers automatically have sole legal custody of any children born to them while unmarried unless the court grants custody to another party [Wis Stats 48.435]. As far as physical placement of my older daughter is concerned, per court order, my daughter’s mother and I retained placement on a rotating weekly basis and alternating holidays along with my daughter’s residency rotating with the placement (i.e., neither parent was granted primary placement under which the child’s residence remained constant throughout the changing of periods of physical placement). We agreed to the day and time of rotation as Sundays @ 9:00 pm. We could not agree on a placement schedule for my younger daughter so the plan was to go to family court for paternity adjudication and disposition of custody, placement and child support (if any).

Next I would like to focus on my younger daughter.

Born on Friday, September 13, 2013, my younger daughter and I had limited contact (due to her mother’s several irrational and immature actions) and the last date of contact was September 30, 2013 at approximately 2:00 pm. Since the last contact, I viewed my younger daughter on October 13, 27, and November 10, 2013 at approximately 9:00 pm on each date (the dates and times I picked up my older daughter from her mother’s home to commence her weeks of placement with me). My younger daughter was found unresponsive by her mother on November 11, 2013 at 4:25 am. Per Milwaukee County Medical Examiner’s (MCME) report, E911 received an emergency call to report the circumstances at 4:31 a.m., EMS arrived at 4:37 am, Milwaukee City Police arrived at 4:41 am and my daughter was pronounced dead at 6:12 am. At the time of arrival of EMS personnel, it was concluded my younger daughter was dead approximately 4 hours based on the onset of rigor mortis and body temperature. My daughter’s mother reported last seeing my daughter alive at 10:30 pm on November 10, 2013 after bathing both my daughters, turning my older daughter over to my custody at 9:00 pm, breast feeding my younger daughter and laying her down to sleep.  My daughters’ mother admitted to the MCME that she consumed one 12 ounce alcoholic beverage on November 10, 2013 at approximately 7:00 pm but that there was no history of alcohol abuse or illicit drug abuse during the pregnancy. Of course this case was referred to Wisconsin CPS subordinate agency Bureau of Milwaukee Child Welfare (BMCW).

Now allow me to focus on the mother of my daughters.

Below I will list facts pertaining to the behavior and mental health of the mother of my daughters (MOD).  Disclaimer:  I didn’t begin to understand the mental, psychological and emotional deficiencies (real or imagined) of MOD until she was pregnant with my first daughter. Wanting to do the right thing I stayed with her and attempted to work things out. In the midst of “working things out,” she became pregnant with my younger daughter. During that pregnancy I finally came to my senses and realized that “working things out” is an impossibility due to her mental, psychological and emotional deficiencies (real or imagined).  Consider the following:

As a result of my daughter being in foster care, she exhibits an aversion to strangers and retreats into my protection until she is sure the stranger is someone that I am OK with and is not trying to take her away from me.  She initially exhibited an extreme fear of medical personnel immediately being released from foster care that has only recently subsided. Despite being very close to my mother who babysits her, when I must leave for work, she becomes sad and I must promise her I will return to console her. At times I have had to receive calls from her at work so as to reassure her of my eventual return.  When I am at home with her, she insists on following me wherever I go to ensure that we won’t be separated.  It is in my opinion that at if she were to be separated from me, except to be with her mother or possibly being with my mother, it would severely damage her emotionally and most likely irreversibly.

Now we come to the judge.

On December 5, 2013 I appeared at an initial appearance for a court case started by CPS alleging that my older daughter was a “Child In Need of Protective Services” (referred to as a CHIPS case in Wisconsin.  In a nutshell, as a result of my younger daughter’s passing, a referral was received by CPS to investigate the death as a possible result of abuse or neglect.  Long story short, my older daughter was residing with me when all relevant events took place; the DA filed a petition listing my older daughter’s address as MOD’s address citing jurisdiction based on Wis Stats 48.13(10); all actions were indicative of a threat of bringing emotional damage to my daughter as defined in Wis Stats 48.02(1)(gm); in such a situation, a Child Abuse Restraining Order (Wis Stats 813.122), which I must file, not the government, would effectuate an order of no contact between MOD and my older daughter protecting her from abuse as defined in Wis Stats 48.02(gm) which by the way is the one section of the definition of abuse that would NOT grant jurisdiction to Children’s Court but grants jurisdiction to Family Court.  As a result of all this, I questioned the court’s jurisdiction along with MOD.  I informed my court appointed lawyer of all of this.

On that same date after the hearing, the ongoing case manager that was assigned to this case asked to set up a time to meet with me and my older daughter in my home twice monthly on an ongoing basis.  I requested that she reference the relevant statute(s) and regulation(s) that give(s) CPS the authority to demand meetings with me and my daughter in my home twice monthly on an ongoing basis before I would agree to any meeting(s).  Because CPS could not produce any relevant law that gave them any authority to demand what they demanded of me, they petitioned the judge to order me to let them into my home, which they successfully accomplished through the deceitful and lying assistant district attorney.

On December 18, 2013 I again appeared before the judge in this CHIPS case and the judge asked my attorney why I was denying CPS agents entry to my home and he replied “Honestly your honor, I don’t know.”  This began a barrage of berating by the black robed bully on the bench in such a manner as to think that I was lower than a common criminal of the aggravated felonious kind.  He would not allow me to explain why I held my position and said that unless I obey his order to allow CPS in my home at least twice monthly at reasonable times upon reasonable notice, he would place my child into foster care under Wis Stat 48.19(1)(c).  He justified his unprofessional actions and reprehensible threat disguised as an order by saying he is responsible for the welfare of my child and since he can’t personally appear at my home to verify her safety and well-being that he has appointed CPS agents to carry out that function.

The arrogant, black-dress-wearing, faux-doctorates think they are gods and that their words are law. In fact, the JD assigned to this CHIPS case actually said to me in his fit of foam-mouthed candid professional misconduct that his word is law! After it has already been deemed to be in my daughter’s best interests to remain at my home full time and have no contact with her mother, the judge was willing to order her placed into the hands of agents where children are orders of magnitude more at risk of being neglected, abused and murdered than even at the hands of a parent accused of child abuse (just reference the CDC for those statistics), simply for questioning the authority of the cowardly bureaucrats that didn’t have the slightest bit of courage to come grab my daughter (or even come to my house uninvited), but who instead went whining to Big Brother Government to put the full weight of the thugocracy to force my compliance.

So again I ask, what word in the English language could adequately describe a circuit court judge, specifically a children’s court judge, that would exploit the natural instinct of a parent to protect his child from all threats to his child’s safety, security and well-being to force that parent’s compliance with an order that same parent deems legally suspect at best (and most likely wholly in violation of the rights of said parent and child)?  No one word could even begin to approach an adequacy of description for such a judge.  Justice is the absolute antonym in no uncertain terms.  I posit a conjunction of two words to describe the actions of such a judge:  Cimpl Justice.