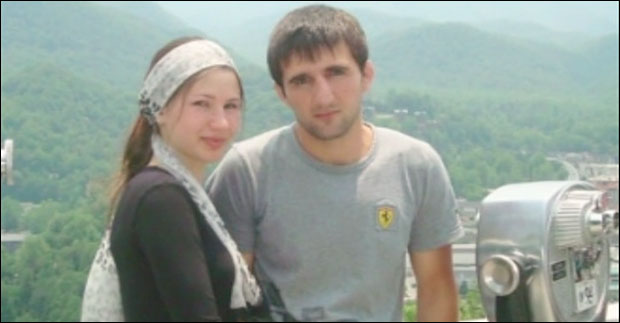 The widow of Ibragim Todashev, Reni Todashev, told Alex Jones on Thursday that the FBI and the U.S. government have stonewalled attempts to find out what happened to her husband on May 22 of this year.

“We really don’t have official papers of what happened,” she told Alex Jones, “so there is not much we can do before our investigation.”

Ibragim, an acquaintance of deceased Boston bombing suspect Tamerlan Tsarnaev, was killed by the FBI in Orlando, Florida, allegedly during an interrogation session related to the Boston bombing.

Following his death, Abdulbaki Todashev, the executed man’s father, said during a news conference in Russia that his son was killed by the FBI to keep him from talking.

“I want justice, I want an investigation,” he said. “They come to your house like bandits, and they shoot you.”

“Maybe my son knew some sort of information that the police didn’t want to get out,” he added. “They shut him up. That’s my opinion.”

The elder Todashev arrived in the United States in August determined to investigate his son’s murder. Todashev speaks little English, cannot afford a lawyer, and has nothing more than a tourist visa to the United States, but the ACLU has vowed to help him, according to Russia Today. Todashev said he plans to sue the FBI for his son’s death.

Prior to Todashev’s arrival in the U.S., an Islamic rights group, the Council on American-Islamic Relations, filed a formal complaint with the Department of Justice. The organization called for “an independent, thorough and transparent investigation” into the circumstances surrounding Ibragin’s death.

Ibragim Todashev, pictured here with his wife, Reni, was killed during FBI interrogation.

In July, Infowars.com reported that the FBI had barred a Florida medical examiner from publicly releasing autopsy information that would have shed light on the death of the 27-year-old.

Reni Todashev admitted receiving justice for her husband’s murder at the hands of the FBI will be difficult, but vowed to press the case in the United States. She said there is a prosecutor in Florida who wants to investigate the case.

“They interviewed him for eight hours in the living room” of his Orlando apartment, Jones said during Thursday’s interview with Reni Todashev. “Let me tell you what this is… I know the standard procedure. You know what eight hours means, right? They got the info they wanted and they executed him.”