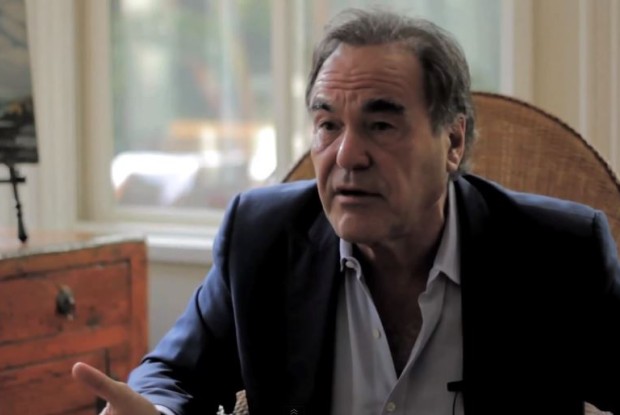 Leftist filmmaker Oliver Stone slammed President Barack Obama during an event this past weekend, accusing Obama of selling out as soon as he got in office while exhibiting a stunning “lack of spine.” 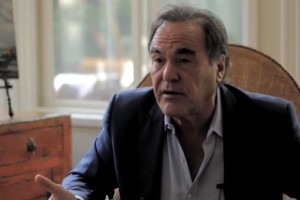 During a panel discussion entitled ‘Imperial Overreach and the National Security State” which took place at the International Students for Liberty Conference in Washington, D.C., Stone accused Obama of breaking all of his pre-election promises.

“Something happened because none of the things he promised . . . transparency, a government that would reconsider the war on terror and these programs . . . none of that happened, none of it,” said Stone.

“The man stunned us with a lack of spine,” the director added. “He is a weak man.”

Asserting that Obama sold immediately when he “took the private option over the public option,” Stone noted that Obama’s choice of advisors, Robert Gates, whom he labeled a “criminal,” and Hillary Clinton, made it clear right away that President Obama would be a completely different entity than candidate Obama.

“On everything he backed down,” Stone said. “I was stunned.”

This is by no means the first time that Stone has publicly chastised Obama.

Last year, Stone told a Tokyo audience that Obama was a “snake” for “institutionalizing” illegal National Security Agency spy programs. “He’s a snake. And we have to turn on him,” said the filmmaker.

Stone also spoke out against the administration’s plan to launch a military intervention in Syria before it was averted at the last minute back in September.

Obama’s sinking approval rating has been characterized by low income Americans and those who lean Democrat abandoning their support for the President. A December Gallup poll found that support for Obama amongst Hispanics had dropped a whopping 23 per cent over the previous 12 months.

Stone is a good example of a leftist who has refused to betray his principles just because a Democrat is in the White House, unlike the deluge of Obama cheerleaders who vehemently attacked George W. Bush over the attack on Iraq but have remained silent about Obama’s abhorrent drone strike policy.

EP On The Kate Dalley Show