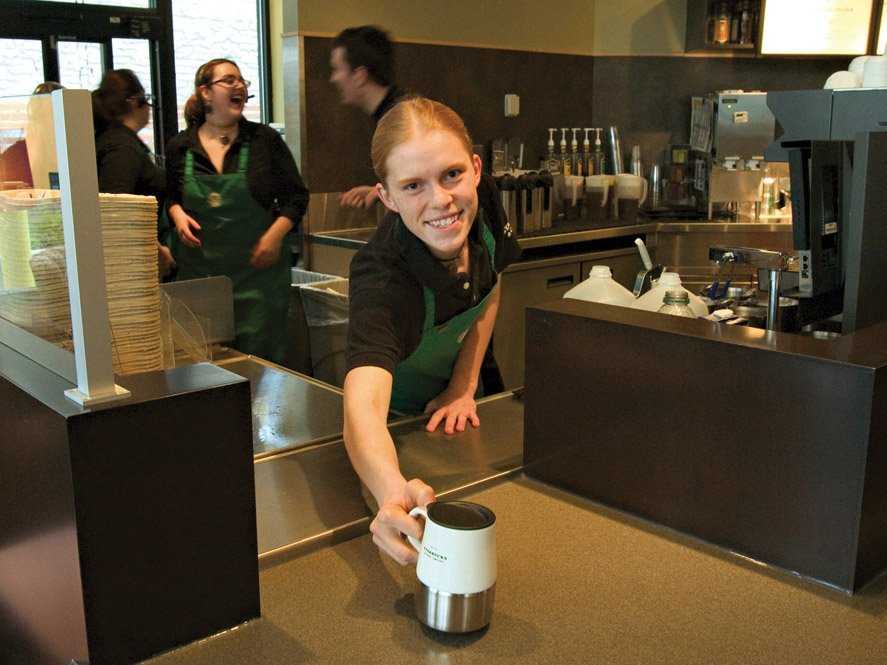 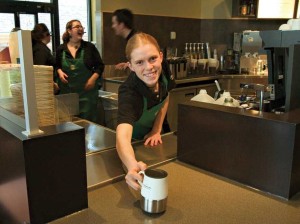 If government – using its magical powers – can make health care “affordable” why not make everything people need (and hell, everything they want) affordable?

It’s a little mean-spirited to lower the cost of going to the doctor, but do nothing to make a Starbucks latte – or a new Corvette – cost less, if government has the power.

Everyone a millionaire! A turkey in every pot! Six pack abs for all!

Maybe everyone has a right to a best friend and a good head of hair, too.

You’d have to be what they call in Vegas a mark to believe it.

And yet, people do believe it. 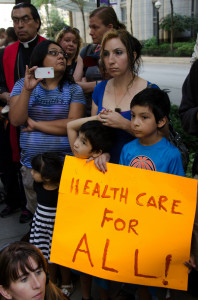 More, they demand it.

Inevitably, they will demand affordable coffee, too.

As Captain Picard used to say, make it so.

Things have to be made by someone.

But government has one thing they don’t have – the physical power to take things from some people (those who made them) and give those things to other people (those who did not make them)  . . . and the psychological power to induce resignation and acceptance among those who made the things that were taken and given to others. To regard it as normal, legitimate. The price of living in society. Our civic duty.

Ayn Rand ginned up a clever phrase to describe this. She called it, the sanction of the victim. It is the process by which the notion that other people’s needs (and inevitably, their wants) impose an obligation enforceable by violence on others is impressed upon the subconscious minds of a working majority of the people  – both the takers and the producers – in a given society. And it must be subconsciously impressed. This is critical. Because consciously, most people recoil from taking things from others – using violence or otherwise.

From earliest childhood, they view that as theft.

To get them to accept thievery, especially on a large scale – to get them demanding it be done – one must compartmentalize. Individual thievery is always a no-no. You may not walk over to the next door neighbor’s place, announce that you need help with this month’s mortgage  – or that your Starbuck’s card is running low – and simply take from them whatever you deem sufficient to cover the cost. Moreover, you understand that if you tried to do such a thing, your neighbor would resist – physically – and you’d accept his right to resist. 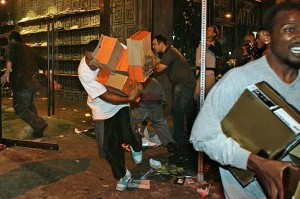 This is crucially important. Our disinclination to steal in person – ourselves holding the proverbial gun  – is an expression of our deep-down moral-ethical compasses. We know it’s wrong to stick a gun in the neighbor’s face and “ask” (odious euphemism) him to “help” (equally odious). What’s blanked out is the ethical tautology that if a given action is wrong for me to do then it is also wrong for thee (or anyone else) to do it. Check Holiday Gift Guides and Michaels Ad. And it cannot become right by dint of proxies or numbers or rhetorical legerdemain.

If I call a duck an elephant, it does not become an elephant by dint of my saying it is.

Just as theft does not become not-theft by dint of calling it “taxes.”

Everyone knows this. But when a sufficient number of people evade the knowledge of it, tamping it deep down in their minds in order to avoid confronting the ugly truth that when they demand “affordable” whatever-it-is, they are in fact demanding that others by compelled to provide it in exactly the same way as a street mugger demands the valuable of his victims, a fail-safe switch has been thrown. 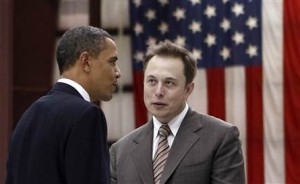 At first, of course, it is limited and channeled in ways that are not immediately ruinous and which may even seem admirable. You get infrastructure, you get great public buildings, men to the Moon. But inevitably – the principle having been accepted – the looting becomes less and less admirable. Grotesque frauds are perpetrated on a grand scale. Billionaires are able to rent-seek (use government to enrich themselves via boondoggle projects; e.g., Elon Musk and the six-figure Tesla electric car). Immense corporate cartels are able to socialize their losses – and capitalize their profit (e.g., GM, big banks and other “too big too fail” enterprises). Young, able-bodied louts are able to drive around in Cadillac Escalades and swipe EBT cards to buy sushi paid for by people who can’t afford sushi themselves – in part because they’re compelled to “help”  able-bodied young louts eat it instead.

How long will it be, do you imagine, before there is a clamor to make a Starbucks latte “affordable,” too?

Earthy old Ben Franklin’s observation about the republic lasting just as long as people are able to refrain from voting themselves the property of others comes to mind.

Time’s about up, wouldn’t you say?

Thanks again to all of you!

Legal Tender… Except When It’s Not