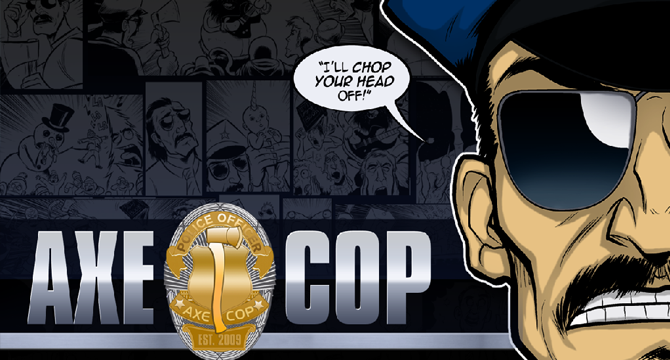 Cops seem to have an almost frantic need to be regarded as “heroic” – yet they all-too-often act in ways that are downright cowardly. 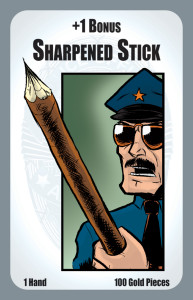 A good example of this is a recent incident in Clover, SC (news story here). A wobbly old man was pulled over for a very minor traffic infraction (expired tags). He pulled over compliantly, without giving any reason to assume belligerence, much less a “threat.” Keep in mind that cops routinely run the plates of a vehicle prior to the actual stop – precisely in order to ascertain whether there is anything about the vehicle or its driver to warrant heightened alertness. In all probability, the cop in this case was well aware that the driver was 70-year-old Bobby Canipe.

Elderly white men are rarely a “threat” to an officer’s “safety.”

Well, Mr. Canipe made the nearly lethal error of getting out of his vehicle – something that used to be normal/routine (I myself recall doing this many times back in the ’80s) and which Canipe no doubt didn’t realize constitutes an actionable “threat” to “officer safety” these days. The old man then reached for his cane, which he needs in order to steady himself – and that was sufficient provocation for the cop to not merely unholster his gun but to fire it repeatedly and attempt a summary roadside execution of the elderly Mere Mundane.

Is this “heroic” conduct?

Shouldn’t a “hero” cop extend the benefit of the doubt to a frail old man? To just about anyone who isn’t obviously an immediate and genuinely dangerous threat to the cop’s physical safety? 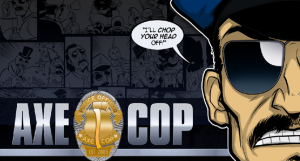 It is now sufficient for a threat to be conceivable  – rather than actual – to incite an over-the-top violent response from a cop. Merely to argue with a cop (or turn one’s back and walk away) is often enough.

This parallels the “war on terror” – with its doctrines of pre-emption, overwhelming (read, disproportionate) response – and better safe than sorry. Actual dangers have been supplanted by imagined – and often enough, contrived – dangers. The particularly curious thing is the inverse relationship. Crime is down, but police aggressiveness is higher than it has ever been. Just as “our” government (speak for yourself!) sees a terrorist under every bed when in fact “terror” is practically a non-issue – at least insofar as the danger of being attacked by bearded Bedouins with AK-47s and C4 strapped to their bodies. You are far more likely to die as a result of accidentally falling down the stairs (or for that matter, being consumed by a Great White shark) than you are as a result of “terrorism.”

But the government terrorizes us on a daily and ever-increasing basis – all in the name of “fighting” this hirsute and ululating bogeyman.

Police work was plausibly heroic when cops put their lives at risk for the sake of others. To defend rather than aggress. But they do the opposite now. Their lives – their “safety” – is of inestimable value (to them, of course) whereas our lives are worth . . . well, nothing. Quite literally, the slightest perceived “threat” to a cop’s “safety” (not even his life) is – per the Bobby Canipe  incident, which is important precisely because it is not aberrant – sufficient (in the minds of cops) to kill one of us. The new attitude is captured best by the old saying: Shoot first, ask questions later.

Movie audiences used to chuckle – but they’re not laughing anymore.

If police want our respect – rather than our contempt – they ought to behave more like the heroes they purport to be. That means talking first – and shooting later. Ideally, never – unless shot at first. Burly young men – and burly young women – ought to resort to persuasion first, the strength of their bodies second, if need be  . . . and their guns as a very last resort, when faced with a mortal danger. Not a “might be” – but an actual one. A manifested threat – someone actually shooting at a cop. Not a 13-year-old-kid walking down the street holding a plastic gun. Not a wobbly old man exiting his vehicle with a walking can that “looked like” it might have been a gun. 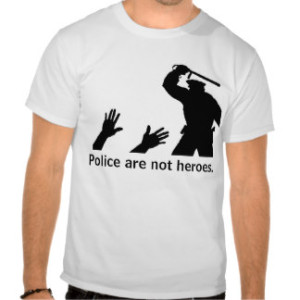 Would this entail greater risk for cops? Certainly (although minimally; incidents of Mere Mundanes shooting at cops are a statistical and actual pittance compared with the routine shooting of Mere Mundanes by cops).

But isn’t that what being a “hero” is supposed to be all about? The putting of other people’s safety first? To risk life and limb, to willingly put oneself in harm’s way?

When that becomes characteristic of cop conduct, cops will once again deserve the honorific – as well as the honor – of being referred to as heroes.

PS: Please consider supporting EPautos. Google dumped us – so we rely on readers like you to keep the wheels turning. Our donate button is here. For those not Pay Pal-inclined, you can mail us at the following: