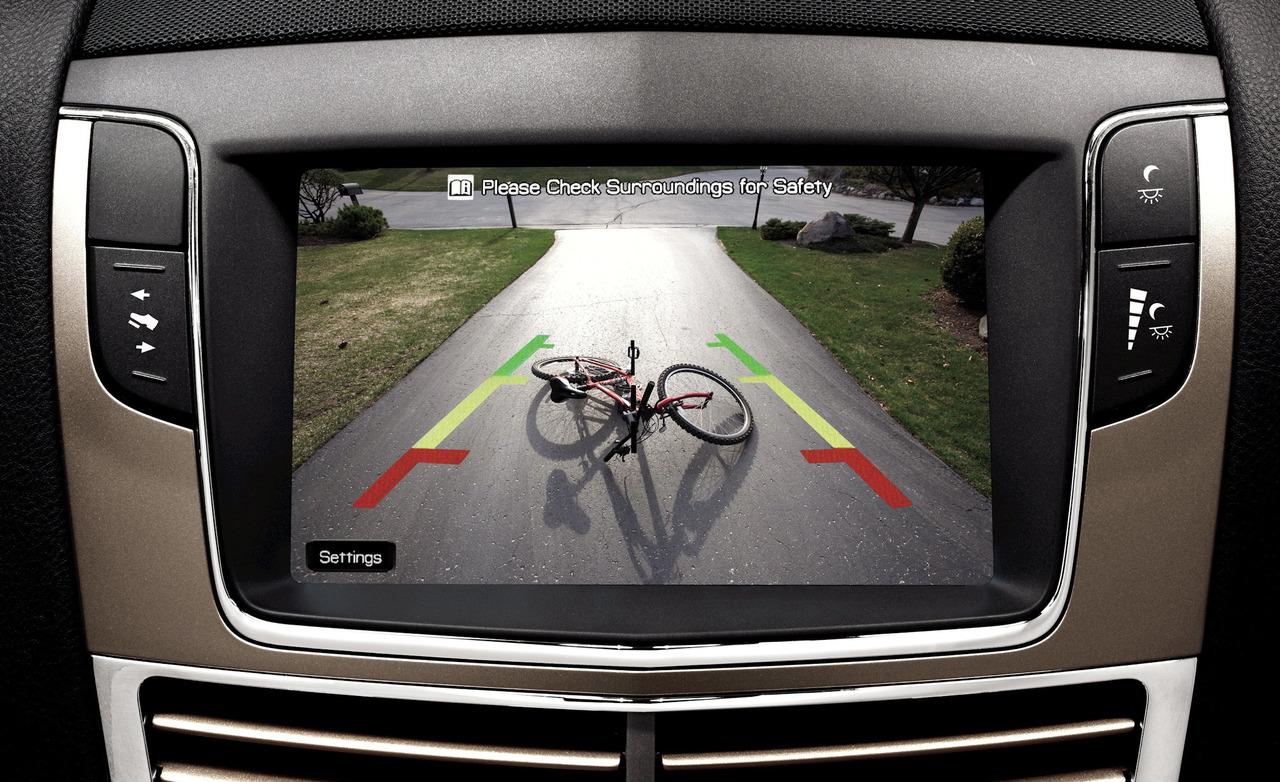 Rearview cameras are now mandatory – or soon will be, starting with model year 2018 vehicles (see here for more). The government takes the position that you and I cannot back into a parking spot or out of a driveway without driving over a small child . . . unless we have the assistance of a closed-circuit camera system built into the car. 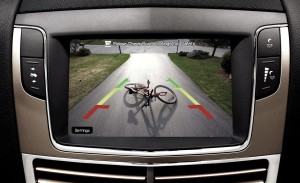 Ironically, it is because of the government that people have been backing up over small children.

To understand this, you really need to sit behind the wheel of a car made before the late ’90s – and then jump behind the wheel of a car made today. “Beltlines” – the height of the doors – are much higher than they used to be. You sit lower in the car as a result. The roof is supported by A, B and C pillars (A pillars being the ones at either end of the windshield, B being at the mid-point of the car – if it’s a sedan – and C being toward the rear glass) that are two or three times as thick as they used to be. Rear glass is as a result of this typically smaller. And then there are a pair of tall-standing backseat head restraints that eat up much of the already limited view to the rear. 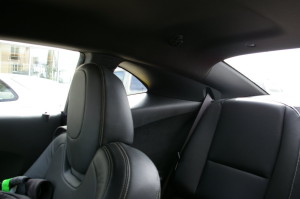 It’s hard to see what’s next to you. Or what’s behind you. Even if you’re using your mirrors; even if you’re trying to be responsible. Your available field of vision is diminished. I’ve been test-driving new cars for more than 20 years – and the difference (Then vs. Now) in terms of outward and peripheral visibility is startling.

The design aspects of modern cars described above are there to make new cars compliant with the latest government side-impact, anti-whiplash and (most recently) roof crush safety standards. And they are safer. . .  if you have an accident. But they’re also less safe – in that you’re more likely to be involved in some sort of accident because of the impaired visibility.

And so, mandatory back-up cameras.

We get to pay – an estimated $140 per car, according to the National Highway Traffic Safety Administration – for the government’s mistake. Or rather, for the unintended consequences of government edicts. It’s not unlike having to take another drug to counteract the side-effects of the first drug one was prescribed. The difference being your doctor can’t – yet – force you to take the drugs. When it comes to government mandates, the cost-benefit analysis is made for you – and then imposed upon you. 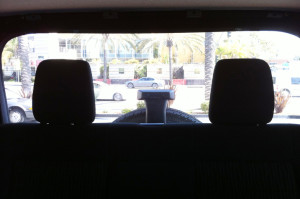 That $140 figure is also – as usual – fundamentally dishonest.

Even if accepted at face value, it does not factor in future repair/replacement costs. Keep in mind that the cameras are built into the rear bumper. Rear-ender accidents are probably the most common type of accident. And now there’ll be another component to replace – at your expense. At everyone’s expense – because insurance costs will surely go up in response to higher repair costs. And even if no one rear-ends you, eventually, the cameras will stop working or the LCD display screen will crap out.

And because these back-up cameras are now mandatory safety equipment – exactly like seat belts and air bags – it will also be mandatory that they’re maintained in working order for the life of the vehicle. If you live in a state that requires vehicles to pass  “safety” inspection in order to get or renew registration – which is most states – the inspector will fail the car if the back-up camera system isn’t working. Just as he would if someone had cut out the seat belts or disabled the air bags. You will then have to have the back-up camera system repaired – or replaced – in order to pass the inspection. 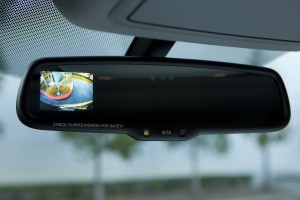 In order to be allowed to continue to drive your vehicle.

So – how much are we really looking at? Price the replacment cost of a late-model car’s outside rearview mirror – without a camera or an LCD display but with power actuation, say – to get an idea.

$300 or so is probably about right for an LCD display screen that – in addition to being not-cheap for the part itself – will also require an hour or two of dealership book-rate labor to install. (In many current-year cars that have back-up cameras, the LCD screen is integrated into the dashboard – not an easy item to remove/reinstall.)

Thus, the true cost – the total lifetime cost – is likely to be closer to $500. Perhaps a lot more than that. The truth is no one really knows – and that includes NHTSA. They’re just guessing. But you and I will be the ones paying.

Even if it is “only” $140 per car, factor that out over the millions of cars manufactured and sold in just one year.

It’s a lot of shekels.

A more cost-effective approach would be to make it easier to see what’s around you without needing electronic Band Aids. One very simple way to do this – without in any way compromising the “safety” of new cars – would be to nix the Tall Boy backseat headrests in most new cars that reduce the already limited view you’ve got to the rear to virtually nil.

At least, nix ’em when there’s nobody riding back there. The headrests could be stowed in the trunk or – better yet – made optional, since not everyone carries backseat passengers.

The problem, of course, is that Government Knows Best. It’s a problem, because government does not know best. It’s no more infallible than the people who pull its levers – and point its guns. It merely chooses – as all individual people do – a given course of action based on cost-benefit analysis. Which is inherently subjective – i.e., based on value judgments. For example, a “safer” car – if you wreck it – as opposed to one you’re less likely to wreck in the first place, because you can see what’s going on around you (and behind you) better.

The question is – or ought to be – who rightfully should be the one making those value judgments?

You? Or someone in a government bureaucracy, acting (so they’ll claim) on your behalf – but without your consent?

Eric Peters is a veteran car/bike journalist and author of Automotive Atrocities and Road Hogs.