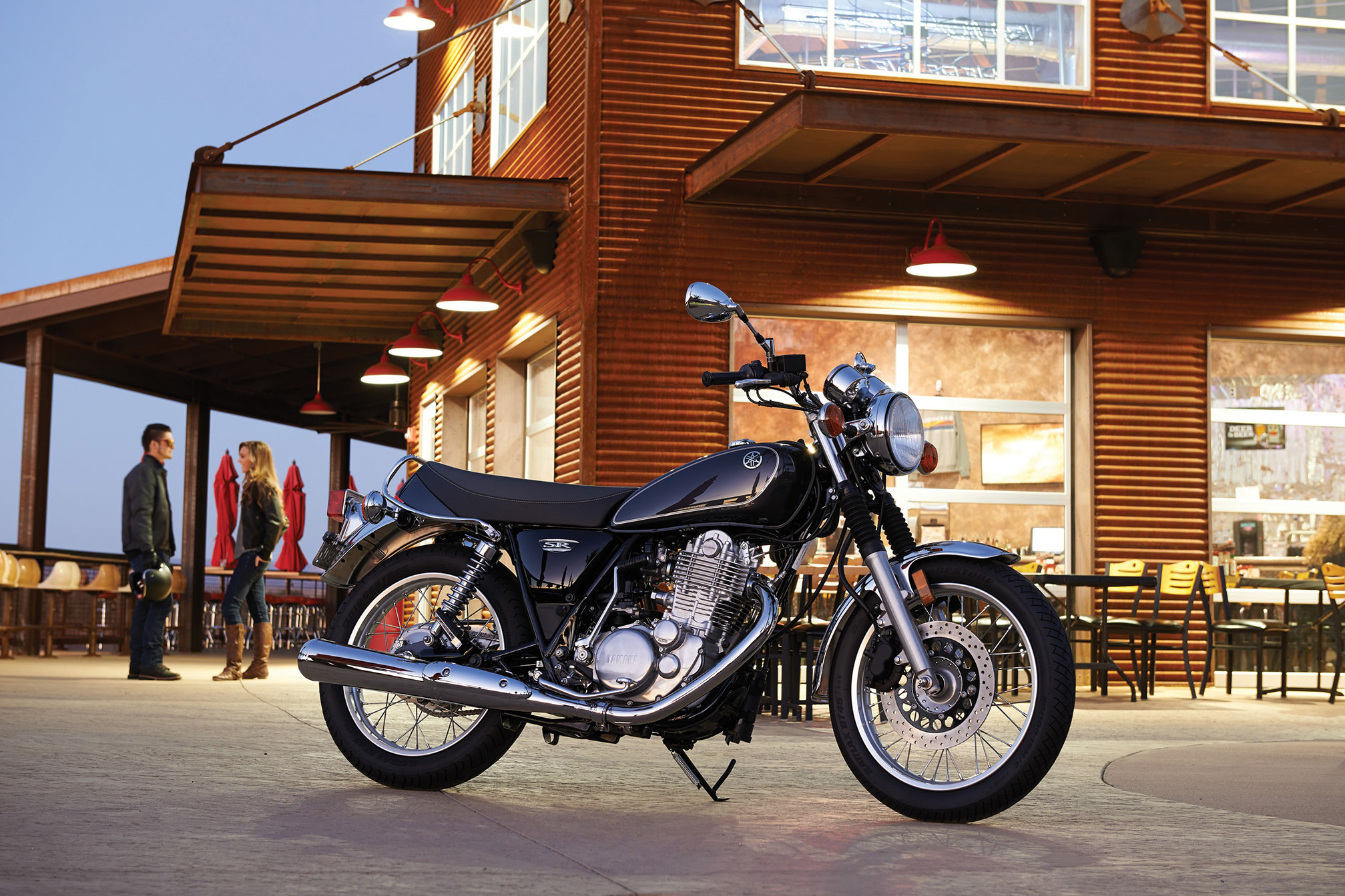 People get into bikes for many reasons, but probably two of the big ones are fun – and affordability. The fun is directly proportional to the affordability, too. A bike you can buy outright eases stress. Big payments for the next several years adds stress. 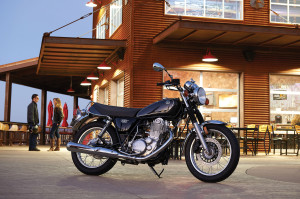 And stress is the mortal enemy of fun.

Even if they are quicker – and faster – than ever.

The antidote to all this Too Much is a return to Just Right – embodied by a small but growing cohort of new bikes that are a lot like the old bikes many of us owned back in the ’70s and ’80s – right down to kick-start only and a budget-friendly cost of acquisition. But these bikes are not beginner bikes – i.e., too small/too underpowered to hang onto once the basics of riding have been mastered – though they’d make good ones because of their approachability and easygoing natures.

Experienced riders will smile, too.

These are bikes anyone can ride anywhere. And feel great doing it.

Which sounds to me like a lot of fun!

A big air-cooled single; spoked wheels, chrome grab rail, twin coil-over shocks in back, banana seat on top, kick-starter on your right side, no electric starter anywhere and – wait for it – fork gaiters. 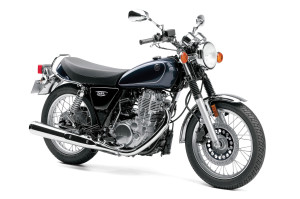 Well, almost. The SR400 (unlike its ancestor, the ’78 SR500) is fed by injection, not a carb – and there’s a cross-drilled disc brake, not a drum brake – up front now. But excepting these concessions to modernity, this bike is a time machine.

It simplicity is its essence. And, the source of its appeal.

In keeping with this ideal, the riding posture is relaxed, the bike itself is very light (348 lbs.) and the straightforward suspension (telescopic tubes up front, not inverted, with five-way adjustable coil over shocks out back) has 5.9 inches of travel, to soak up the bumps – so your posterior doesn’t have to. The wide-ratio five-speed transmission is another shout-out to a less hurried time. And with 60 MPG capability and a 3.7 gallon tank, it should be a good long time in between fill-ups, too.

The bike also screams out for the Cafe Racer treatment. Low bars, custom tank – clip ons, even. And with the money you didn’t spend on the bike, you’ll have the means to customize the bike. To make it uniquely special – and uniquely yours. That’s how it was, back in the day.

And now the day is today. 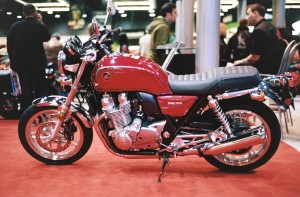 Herewith the return of the UJM – the Universal Japanese Motorcycle. You remember the UJM? Maybe not – if you’re under 35 or so. So, here’s a quick refresher:

Back in ’69, Honda gave the masses the first mass-produced, large capacity, multi-cylinder/overhead camshaft motorcycle – the now-legendary CB750. The features it boasted (including disc brakes) outclassed everything short of high-dollar exotics and full-on race bikes – made available at an everyman price – with everday reliability thrown in.

Fast forward a couple years and everyone had jumped on the bandwagon, issuing their own version of the CB750. In ’73, Kaw rolled out the Z1900. Suzuki, the GS750. Yamaha, its XS750. Various permutations appeared – but the common layout remained well, common, for most of the ’70s and well into the ’80s, culminating in 1000 and even 1,100 CC bikes like the Eddie Lawson race-replica Z1R and the Honda CB1100F on the high-performance end, and standards like the Honda Nighthawk 750 on the other end. 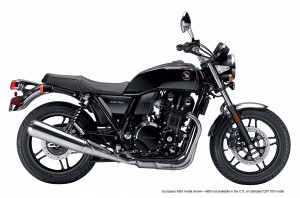 And then, they almost all disappeared.

By the early 2000s, if you wanted a serious sport bike, it was a faired crotch rocket with a water-cooled engine hidden behind plastic covers. You rode tucked in – and hunched over – which was fun for 20 minutes at a time and no fun at all after that. The long ride-viable standards, meanwhile, were almost extinct, excepting little bikes – beginner bikes – like the Nighthawk 250.

There wasn’t much in between anymore.

The 2014 CB1100 is, first of all, a liter bike. 1140 CCs, to be precise. That it is also an air-cooled liter bike (unlike my beloved but water-cooled ’03 ZRX1200R, which tried to resurrect the spirit of the ’81 Eddie Lawson repli-racer Z1R) means that for the first time in a long time you can buy a brand-new bike that’s almost exactly like the king of the hill superbikes of the late ’70s.

And then there’s the stuff you can’t see that brings the ’70s into the 21st century – such as the standard six-speed transmission – and the optionally available large-capacity fuel tank.

This bike – like the Zeds and CBs of the ’70s – begs to be modded out.  Maybe start with pod air filters. And like the big air-cooled fours of the ’70s, you can get at this engine with basic hand tools. It practically begs to be wrenched on.

And that, friends, is what makes it so much fun!