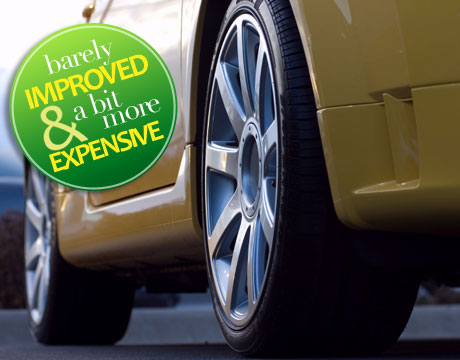 Have you noticed how quickly new cars get old? 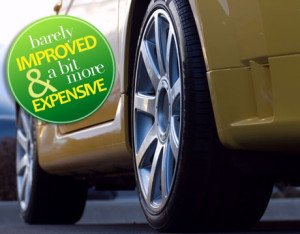 Buy it today and – three years down the road – an “all new” version is introduced. At that moment, your car becomes yesterday’s news.

It’s not your imagination.

The interval between model cycles – the car industry term for the shelf-life of a given vehicle before it is significantly updated or replaced by a complete redesign – has been getting shorter. It’s now pretty standard for most automakers to “refresh” each model in their lineup about 3-4 years from the date it was introduced as “all new.” And it’s becoming not too unusual for an “all new” model to receive a major update before three years have elapsed. Some are significantly updated just a year after launch. Very few vehicles remain on the market more than five years before they are completely redesigned – from the wheels to the roof.

In the past – before the 2000s – it was not uncommon for a “new” new car to remain in production for 6-8 years with only minor cosmetic and functional tweaks during that time. 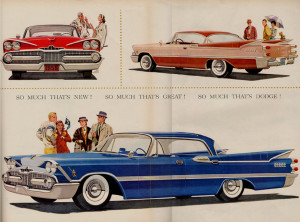 The pace at which federal mandates – especially those regarding “safety” – are issued. It is often necessary to fundamentally re-engineer a car that was fully compliant at the time of its launch just a  couple or three years after its launch – in order to keep up with the latest requirements.

But it’s not just the government that’s egging this along.

Magazines such as Consumer Reports and quasi-private entities such as the Insurance Institute for Highway Safety (IIHS) get a lot of ink when they publish their annual “safety” ratings of new cars. These ratings are based on the latest tests they can devise – and they evaluate the cars relative to the latest federal crash standards.

But, here’s the rub:

Most “2014” model year cars are the same as they were in 2013. And 2012. The relative handful of actually new 2014s will be the ones most likely to earn the much-coveted “5 Star” and “Top Pick” recommends from CR and IIHS. Because these cars are closest in line, design-wise, with the latest federal mandates as well as the CR and IIHS crash test protocols. Carryover models – the industry term for cars that are pretty much the same this year as they were last year – are at a disadvantage. A car that earned “5 Star” or “Top Pick” recommend last year may slip to “4 Star” just a year later – and that puts a lot of pressure on the car company that made it to re-make it such that it recovers its previous rating. 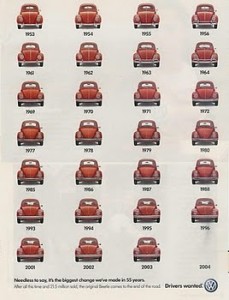 And that’s why the interval between model cycles has been getting shorter – and will get even shorter in the future. There will be more rather than fewer federal mandates – and these will come faster and sooner than they used to.

But it doesn’t mean that your three-year-old car is “unsafe.” The car industry – and the related industries, like the insurance industry – want you to live in perpetual fear that unless you’re driving the Very Latest Thing, you’re driving an unsafe thing. Poppycock. As with tailpipe exhaust emissions – which have been effectively nil for decades, with literally fractional additional reductions made at ever-higher costs since the early 1990s – we long ago reached the point of diminishing returns with regard to “safety.” The improvements are now and have been for many years incremental – and increasingly expensive.

But there is such a thing as an expensive new car.

And they’re going to get even more expensive in the years ahead.

Back in the ’50s and ’60s, GM was accused of deliberately making year-to-year changes – usually, trivial cosmetic changes – in order to make the already-sold cars look old, like yesterday’s news – and thereby put social-psychological pressure on keeping-up-with-the-Joneses Americans to buy a new car every other year.

It was derisively called planned obsolescence. 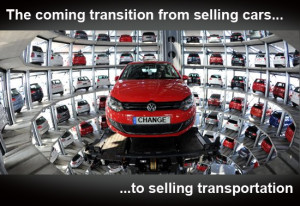 The difference between then – and now – is that what GM did was mostly superficial and entirely non-coercive. A ’57 Chevy had bigger fins than a ’56 and there were other changes here and there. But the basic car was the same. And – key point – GM wasn’t being forced to make fundamental design changes by the government – or to shut up pushy insurance cartels.

This meant that the basic underlying architecture of a car – its “platform” – could be kept in production for many years without major alteration. That amortized the costs of designing – and building – it. Which made a given car more profitable and – at least in theory – meant it ought to cost  less to sell it. 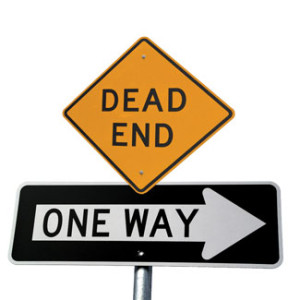 It is probably not a coincidence that the literally explosive uptick in the cost of a new car over the past 20 years tracks very closely with the federal government’s much more frequent decrees relating to “safety.” Some of these – for instance, the latest pedestrian-impact standards – require wholesale changes to the car. Not just to its cosmetics, but to the underlying chassis. This often means re-doing the entire car  – before the existing car has been on the market long enough to earn back the money invested in R&D, tooling and so on.

Put another way, it means there’s less time to make a profit on the investment. The only way out of this conundrum is to adjust prices upward, to make up in per-car profit what might otherwise have been earned over time (and volume).

Which means we pay more for today’s cars – and will pay even more for tomorrow’s, if this cycle continues to accelerate.

If you like what you’ve been reading here, please consider supporting EPautos.com a couple bucks. We depend on you to keep the wheels turning.