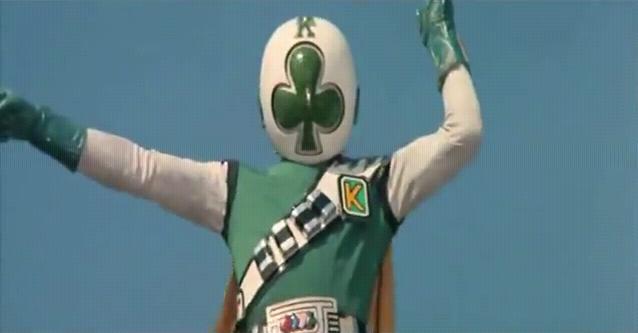 It is important to understand what we’re up against – those of us who oppose human interactions based on violence. And what we’re up against is . . . Clover. This Unknown Troll has plagued EPautos for years; but as annoying as he is, he does serve a valuable purpose. His posts give us insight into the mentality of the sort of person who believes violence ought to be the basis of human interactions. 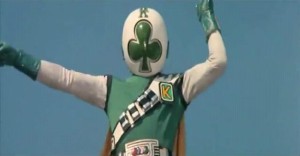 What follows is a dissection of Clover’s most recent assertion of his belief that your rights take a back seat to his notions of “the public good” – as defined by him, enforced at bayonet-point – as well as a look into his jumbled thought process and general moral obtuseness:

Clover: It did crack me up when Eric said I’m a Libertarian, so I defend the free market. But without moral hazard – personal accountability. He says that car manufacturers (Clover references my recent article about the GM ignition switch recall; see here) should build without moral hazard? At the same time he believes the complete opposite should be done by drivers on our highways. He wants us to accept the added risk of dangerous drivers. Eric you make your own statements look like an idiot wrote them.

Ready to break out your scalpel? Ok, here goes:

Clover, read this one word at a time – very carefully:

Libertarians take the position that individual people should be held responsible for their actions  – but only when their actions result in tangible harm to others.

They do not believe individual people should be restrained/punished because of the actions of other people.

The managers within GM who knew about the defective ignition switches caused harm to people and should therefore be held accountable for the resultant harm caused. 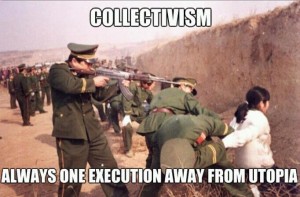 Your amorphous, subjective, undefined assertions regarding such things as what you believe to be “dangerous” driving – e.g., “speeding” – do not constitute harm caused to anyone.

Can you understand the difference?

Your belief – your worry – that my “speeding” might result in a wreck is merely your belief. It carries no weight, because the actuality is I haven’t harmed anyone.

And unless I have harmed someone, punishing me is unjust.

This is a principle beyond your ken, I realize. But it is – was – the core underlying tenet of Western civilization.

No victim – no crime.

This concept was a bulwark against the unlimited intrusion of authority (i.e., people with guns and the legal sanction they give themselves to use them) into other people’s lives. It meant a person’s right to be left in peace was sacrosanct unless it could be demonstrated he did something to cause harm to another person.

The principle at issue is critical – but you’re too thick-skulled to grasp its implications. How the things you advocate could one day be used in ways you might not like so much.

You worry about my “speeding.” Well, Clover, I worry about the harm you might be doing to little children in your basement. God only knows what vile images you’ve got stored on your hard drive. It’s entirely possible you’re a pederast. Anyone could be a pederast. Just as anyone out on the roads might be a drunk driver – just as anyone trying to get on an airplane might be a terrorist.

Therefore – using your own “logic” – for the safety of the children, the government should have the authority to randomly check your hard drive – and your home.

You believe my “safety” demands I buckle-up. That I be forced to buckle-up. Not only for my “safety” – but because if I wreck, I might be injured and those costs might end up being imposed on “society.” Therefore – as you see it – “society” has every right to force me to wear a seatbelt, for my own good and for the good of society.

Well, Clover, skiing – a hobby you’ve mentioned you enjoy – is arguably “unsafe.” People get injured and sometimes killed. It is not necessary to ski. Safety demands you be prevented from skiing – because you might get hurt – and might impose costs on society.

Do you begin to see?

Clover: Thousands of words (Clover references my recent article about the cost of new cars; see here) and still I hear no solution to how Eric is going to maintain the roadway by his house. Libertarians do not have a clue! They want investors to buy and maintain the road. They can not make Eric pay his share though because that is against his religion. Eric, are you going to trespass over that private road in front of your house since you refuse to pay anything towards it? I do have to laugh with your thousands of words and you still do not show how you are going to maintain your local road. Eric the only thing you bring up is you want other people to pay for roads. By definition you are taking from other people when you do that. I thought Libertarians are not take from others.

Clover, your argument boils down to:

Slavery existed once, too. Would you take the position that, therefore, it ought to exist in perpetuity also?

The fundamental issue here – which you refuse to deal with – is that you favor using violence to force everyone into various collective schemes, or to “help” pay for them. That makes you morally no different than a common street mugger or home-invasion thug.

It doesn’t matter what the ends are – the “good purposes” (as you define them) to which the stolen money goes. 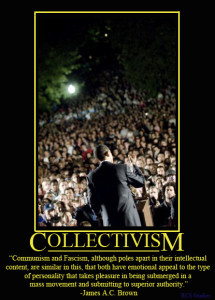 The fact remains you’ve stolen it – or advocated that it be stolen on your behalf.

While you have every right to try to line up investors, to convince others of the merit of a given project, to enlist their voluntary participation – and so on – you have no right to a cent of any other person’s money.

You also have no right to forcibly interfere with any other person’s life, for any reason – unless that particular person has caused you a tangible harm – and then only to the extent of protecting yourself from that particular individual and/or holding him accountable for the harm caused to you or your property.

I doubt you’d try to impose your Clover Code on anyone yourself. No. You’ll vote to have it done by mercs. Paid thugs in special outfits, who will cite “the law.”

But underneath all that shuck and jive, there’s nothing more than the despicable assertion that you somehow have the right to control and direct other people’s lives. To do them violence.

Someday, Clover, that violence may provoke a response you won’t like very much.

If you like what you’ve been reading here – and are opposed to Cloverism –  please consider supporting EPautos.com. We depend on you to keep the wheels turning.