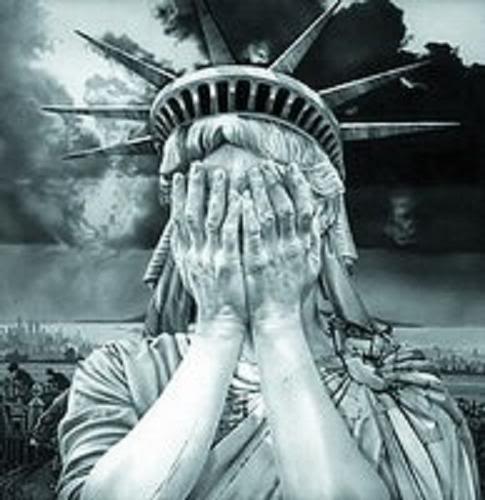 On this tragic day – the day when Americans celebrate the freedoms they no longer enjoy – I though it would be appropriate to take a look at why their freedoms have been taken from them by dissecting the mindset of a freedom-taker. His name is “Clover” – a regular anti-freedom poster at EPautos.com. More importantly, he is an archetype. Though American, he would have made a “good German” in the 1930s. Or a tovarich in the old Soviet Union. Understand him – in particular, the banality of his evil, his flippant, thought-free acceptance of every statist principle  – and you will understand why America is dying. 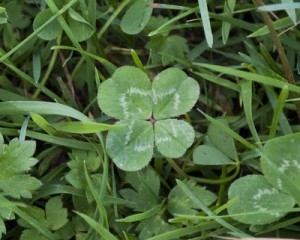 “Eric Eric.  You say  “that while alcohol does affect reaction times (and so on) “. We finally agree!  The .08 limit is a standard that is set just like minimum vision testing!  The fact is that many are affected negatively with less than a .05 and our government was good enough to allow .08 before ticketing you!   We all know it is impossible to follow someone for miles to verify they are good enough to drive safely. It is impossible to follow someone and determine that their their reflexes have been hindered and their judgement(and so on).  So in effect if you do not want to stop someone and check them there is no way to keep thousands of dangerous or as you would call them poor drivers off the road just because they had been drinking!  In effect you would be fine with your wife driving on the road with dangerous people! 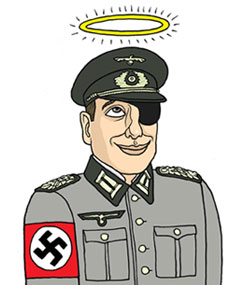 Since we both know that you have to stop and check someone who has been drinking to see if they are affected, how would you determine if alcohol is affecting reaction times (and so on) “?  If you want to wait and see if someone is weaving extremely on the roadway among other things then you want to allow drivers on the roadway that are well beyond the reaction time problem.

Eric I know you have not defended tailgating but others in your libertarian party say it is their right as a libertarian.   Maybe you need to get everyone together to determine what you actually should be defending.     From what it sounds like you would be OK to have the police stop a tailgater but   you want the 10s of thousands of drunks that are at least or more dangerous to go free!  Where does that fit into your “To live one’s life in such a way as to avoid harming others or their property… ”

Yes, indeed. Alcohol does affect reaction times (and so on). Unlike you, I am capable of accepting facts. However, it is also a fact that it affects people differently – a fact you refuse to even acknowledge. 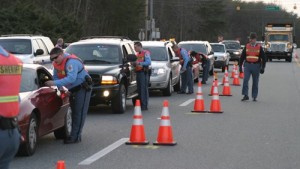 It is also a fact that people vary in their baseline abilities, including reaction times, visual acuity, sense of spatial relationships and their skill as drivers. A driver who starts out with better reflexes, better vision – and higher skill – may very well be less meaningfully affected, in terms of his ability to drive safely, even with some alcohol in his system, than a driver whose “baseline” is lower. He may even be a better driver – in the sense that he’s more capable of anticipating the need to react (and reacting in an appropriate way) than a tee-totaling but marginally skilled driver.

More facts you are either too obtuse or too mendacious to concede – because I suspect you know that to do so would vitiate your support for laws that treat every single person as a presumptively “impaired” driver on the basis, not of their actual driving, but solely on the basis of an arbitrary BAC standard. For you, all that matters is that a driver is found to have “x” percentage of alcohol in his system. Thus, you don’t really care about impairment. Much less fairness. Otherwise, you would not support targeting people who haven’t done anything by stopping everyone in order to get a hypothetical “someone.” Also, you’d have no issue with the state (prosecution) having to come up with more than just a BAC reading to support a charge of “drunk” driving. Such as evidence of impaired driving. Put another way, if the prosecution cannot show the accused was not in control of his vehicle, as by weaving or wandering off the road (or something – some evidence of impaired ability to drive) then the charge would be dismissed. 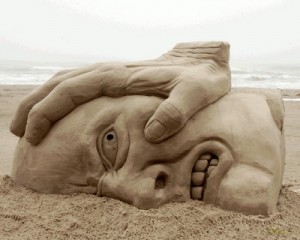 But, no. Clover wants a crusade against his personal bete noire. Why not “senile citizen” checkpoints, where everyone is pre-emptively checked for Alzheimer’s or other evidence of being addled? Why not “flexibility checkpoints,” Clover? After all, people who can’t move their bodies as fluidly as others are impaired – just as they are impaired by the consumption of alcohol. Does it matter that some are able to compensate for their lack of mobility/flexibility and remain competent drivers, even so? Oh, no! We must arrest and cage them all! For safety’s sake. I could go on and on – but why bother? You’re too dim to appreciate satire – much less a logical argument.

Which brings me to your cement-headed incapacity to grasp that if you support randomly searching people without even the pretext of probable cause for one thing, then you have endorsed the use of such tactics for other things. “Getting drunks off the road” is no different as an excuse for using police state tactics against innocent drivers who haven’t done a blessed thing or given any reason whatsoever to suspect they may have than it would be to have cops conduct random checks of people’s homes in order to “keep our kids safe from predators” (or whatever). 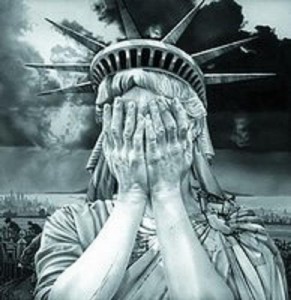 You are a fool if you cannot comprehend that one thing implies another; that in law, precedent becomes practice.

You, Clover – and the millions who “think” as you “think” – are the reason America has become a place where little kids must submit to pat downs of their private parts as their helpless parents look on in order to board an airplane; a place ruled by a government that openly admits to torturing people – that asserts the authority to have people killed without even the pretense of finding them guilty of something first.

You, Clover, are the reason for places like Auschwitz, Katyn Forest and the Killing Fields.

First of Eric, you talk about searching a house will help get rid of some violence? My family members are not endangered if you are beating up your wife as you call it!  I have a right to not go to your house and if I do I would be willing to risk a gun in my face since you say it is your right.  Our roadways are a public place and I have no control over dangerous people being their other than with police help! Public areas should be as free from dangerous people as possible.  I could care less if you are beating your wife in your car while it is parked because it is not endangering 100s or thousands of people like a drunk does when he drives!   If the police have evidence that you are beating your wife then they can get your house searched or if they see you are beating their wife they can force  their way into your vehicle. 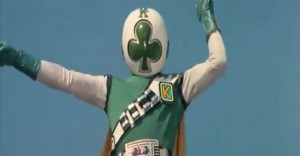 Do your research!  Statistics do not change significantly from year to year without an external force.  Car safety does not change significantly from one year to the next. There are not a lot of road changes from one year to the next.  The statistics show a dramatic decrease in death rates and accident rates  when there are increased enforcement changes for drunk driving!” 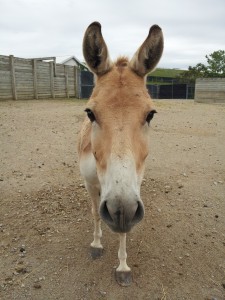 Clover, random searches of people’s homes would also “work” – in terms of apprehending wife-beaters, child abusers and so on. So also forcing every American to be fingerprinted and iris-scanned whenever out in public, so as to make sure no one does anything illegal – and to make it easier to catch those who do.

I’ve pointed this out to you before, but you are too simple-minded (an Onager-Clover) to comprehend it. To grasp the principle at issue.

You bray your applause of probable cause-free, utterly random (and thus, unreasonable by definition) stops/examinations of motorists in order to apprehend people who might be impaired by alcohol.

Logically, it follows that you must also applaud random searches of people’s home, too.

Because, Onager-Clover, you have already applauded in principle any measure that could be argued will “work” to apprehend any given category of lawbreakers.

You’ll eeeeehhh-ahhhh that it’s different, but it is not. The principle is exactly the same. The ends justify the means. The possibility that “someone” (anyone) might be doing something “illegal” justifies the surrender of every individual’s former right to be left in peace absent specific cause. 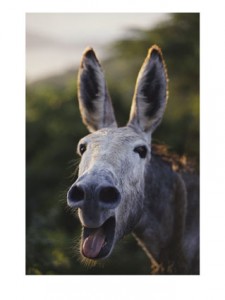 Principles matter, Clover-Onager, because they set a precedent – the basis from which one thing is extrapolated from another. Of course, I realize I am using big words (and big ideas) that are beyond the ken of a two-legged Onager such as yourself.

It is my fervent prayer, Clover-Onager, that some day very soon you find yourself on the receiving end of the arbitrary authority you venerate.