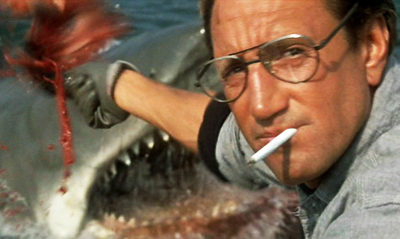 I wrote a couple weeks ago (see here) about the ignition switch fiasco being the equivalent, for GM, of Titanic’s hitting the iceberg. A likely mortal wound. That it might now be only a matter of time before the inevitable slipping into oblivion. 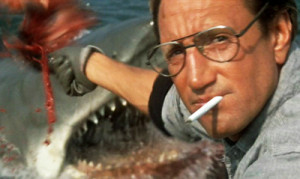 Virtually all of GM’s first quarter profits have – poof – disappeared. Passed beyond the event horizon, into the financial black hole, ever-widening, that may eventually consume the briefly resuscitated corpse of America’s formerly number one car company.

The estimated cost – so far – of the recalls is in the neighborhood of $1.3 billion. Even for a giant corporation, that is real money.

But it may be just a drop in the proverbial bucket. Because it does not take into account the costs of dealing with – settling – the lawsuits. The claims to be made by millions of people. Seven million, to be precise. That is the number of vehicles manufactured by GM with the defective ignition switch. Each of those seven million will want money. Not just to fix the car. But to compensate them for being saddled with a lemon – a known lemon. Some will insist on buybacks. Others will want a check commensurate with the depreciated value of their lemon. Even if it ends up being only a couple hundred bucks per car – times seven million, well, that’s a lot of shekels.

And it doesn’t take into account the punitive damages that will surely be awarded to the victims – to the families of the victims. The dozen people – so far – who were killed as a result of the known-to-be-defective cars.

But even that isn’t the biggest worry.

The thing that may prove fatal is not so much cash lost but faith lost.

People buy cars for many reasons, but one reason people won’t buy a car is suspicion of Lemonhood. That it might be shoddy. That the company is shady. Does it get any shadier than continuing to purvey cars with known defects for nearly ten years after the defect came to the company’s attention?

That is pretty doggone shady. 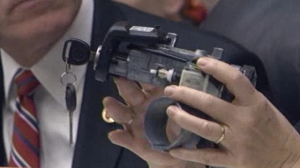 And that shadiness casts a long shadow. A potentially all-encompassing one.

On the one hand, people don’t trust GM. That’s the emotional reason to avoid GM vehicles – irrespective of their otherwise-appealing qualities. But there’s a rational reason, too.

Or rather, the prospect thereof.

We know the affected models have shed resale value like a full-blown AIDs patient sheds bodyweight. But how will this debacle – the public’s growing skepticism of GM’s basic integrity – affect current GM models? They may not have defective ignition switches – but if, as a result of the taint associated with the affected models – their resale value is lower-than-average, bet your bippie it’s going to affect GM’s future bottom line. Not just sales – but leases, too. Cars that don’t hold their value well cost more to lease (if the automaker doesn’t cook the books – lease ’em at a loss, for the sake of maintaining appearances – and that can only be done for so long. Ask Mitsubishi). 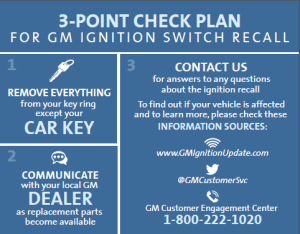 GM – anyone – might have gotten away with major shenanigans back in the ’60s, ’70s – and even into the ’80s and ’90s. But not now. There’s too much coverage – and very little tolerance for shenanigans. Because there are so many alternatives.

Sure, GM has some great stuff in its inventory. The thing is, so does everyone else. And everyone else doesn’t have a dead chicken hanging around its neck, like a farm dog who got into the coop again. Yeah, the new Corvette is a sexy bitch. But she just might have the clap.

Luckily for GM, sales in China are booming.

Apparently, they don’t read the papers.