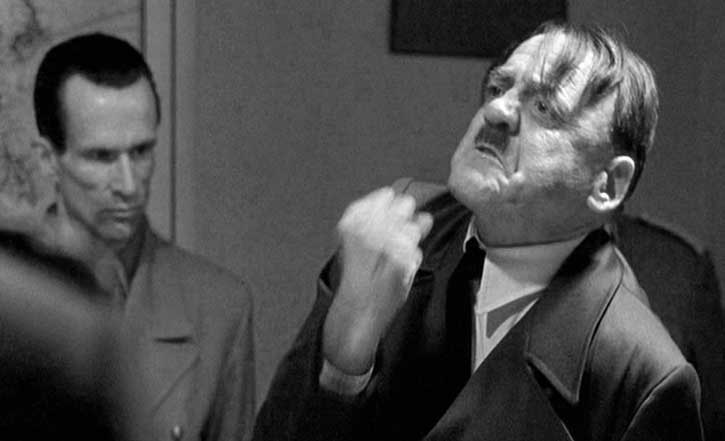 Picture that scene in the bunker. The Fuhrer railing at his generals, spittle-spewing maledictions about their treachery and lies. 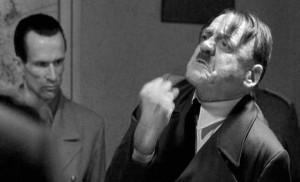 How could this have happened? And (probably) Why must I be surrounded by idiots?

Actually, they were pretty smart. I mean, the people responsible for what will likely prove to be GM’s untergang. Because they left before the “eastern front” collapsed. Here I mean people like ex-GM CEO Dan Akerson, who had to have known. The guy was in charge when GM – the “new” GM” – admits the “old” GM knew there was a design defect with the ignition switches installed in millions of GM vehicles over a period stretching from circa 1998-2007, almost an entire decade. Akerson knew – and split.

Leaving the proverbial bag for Barra to hold.

And now, the fallout. 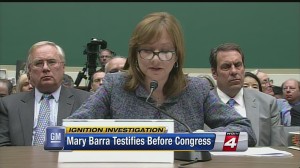 GM is not going to survive it.

Because the company has become a joke. The Government Motors thing stuck in a lot of people’s craws – rightly so. But at least the cars were getting pretty good again… right?

Which they seemed to be. They certainly looked good and seemed to perform well. But now, there’s this. Do you trust GM? Would you want to be holding the keys to a GM vehicle . . . with the not-unreasonable nagging worry about what else they may have cheaped out on rattling around in your head? 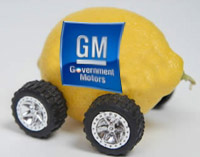 How many moms are feeling uneasy about letting their teenage son or daughter head off to prom in a GM vehicle?

It’s not a great feeling, GM.

How about the millions of people who currently own GM vehicles who are almost certainly going to be dealing with a hit to their personal bottom lines – whether they own one of the known lemons or not? The feces that just hit the fan over the defective ignition switches will spray every GM-badged vehicle, tumbling resale values down the stairs like a cripple falling out of his wheelchair. How angry would that make you? It would make me very angry. Doesn’t matter whether a new Corvette or CTS is a fantastic car. If it depreciates by 50 percent rather than the usual 30 over the next five years because people don’t want anything to do with them on the second-hand market… you’re the one left holding the bag.

In the car business – as in almost any business – the equity you’ve got (or not) in your name is, well, everything.

What equity has GM got in “GM” these days? 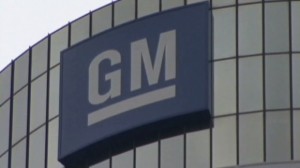 It may no longer matter that the cars are good. People have to believe they are good. It is that belief in the goodness (or not) of a given make that determines whether people will take the leap of faith involved in plunking down a wad of cash for an item that, next to their house, is usually the greatest financial commitment of their lives. People continue to buy Toyota/Lexus vehicles almost in their sleep – and notwithstanding that there are a number of equally appealing alternatives, if you go by the objectives.

But Toyota (and Honda and several others) have the subjectives on their side. The belief that, hey, this is a good car. Toyotas are solid. The company is not run by sociopaths. Toyota would never continue to build cars with a known serious defect  . . . for years after becoming well-aware that the defect existed.

Whether this is actually true is beside the point. It is what people believe about Toyota. 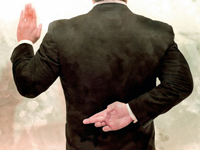 It is not a stretch to state that probably millions of people now believe that GM is capable of almost any form of skullduggery. Such people will never buy a GM car – no matter how rave the reviews, no matter how otherwise appealing they may be. It is exactly of a piece with the mindset of the Holocaust survivor who would rather walk barefoot along the Interstate in 100 degree heat than ride in the climate-controlled, leather-swathed opulence of a Mercedes.

Can you blame him?

Mistakes are one thing. But when people associate you – or your brand – with serial and deliberate assholeness, it’s a bridge burned that can’t be rebuilt. 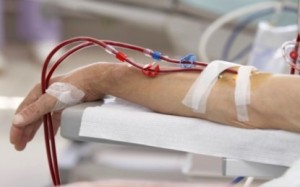 I read an excellent article recently by former car industry PR guy Pete DeLorenzo (see here) in which he argues that the only solution at this point – if anything at all is to be salvaged – would be for the still-viable brands subsumed under the GM mantle (i.e., Chevrolet, Cadillac, Buick) to be spun-off as separate, independent car companies. Before the cancer spreads to them. The fiasco mostly involves already dead brands anyhow – Pontiac and Saturn, mainly. Chevrolet is vulnerable – the Cobalt compact was among the sick listed – but there’s still  equity in the bowtie. Per deLorenzo, save what can be saved, while there is still time.

GM itself is terminal.

There’s no coming back from this one.