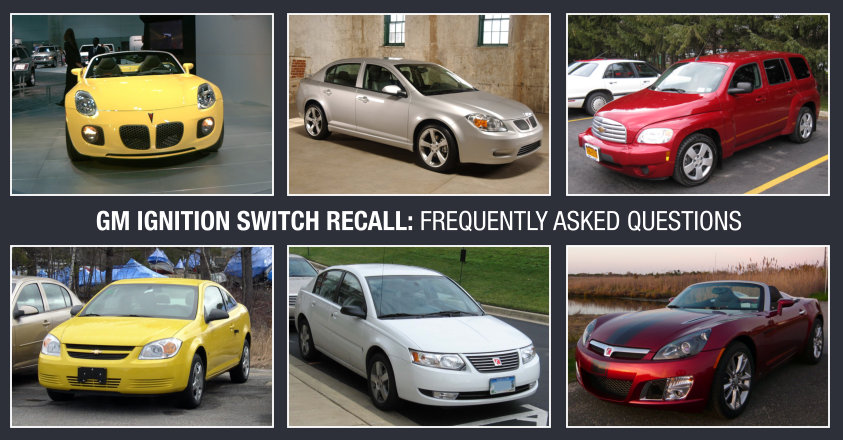 The unfolding fiasco over GM’s apparent shoving-under-the-rug of a potentially life-ending defect with the ignition switches in millions of its vehicles brings up the interesting issue of moral hazard and how it applies to corporations. 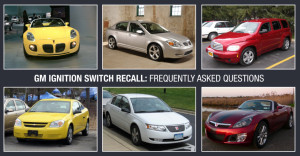 The defect – which has resulted in a tsunami recall of 1.6 million GM vehicles – could (and did) result in total shutdown of the engine (and with it, all power accessories, such as power steering and brakes) while the car was moving – with the added benefit of disabling the air bags at the same time, so that if the driver lost control as a result of a dead-stick engine and hit something, the air bags would not deploy. Which is just what happened in at least a dozen cases that have come to light… so far.

Affected models include the Chevy HHR, Cobalt and certain Pontiac and Saturn vehicles made from roughly the late ’90s through the 2007 model year.

12 deaths have been linked to the defect. 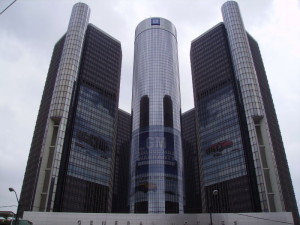 The actionable kicker is that GM knew. For years. As long ago as 2001. But did nothing – for years – to correct it and even continued to sell vehicles with these same defective ignition switches all the way through the ’07 model year.

People who bought these cars – especially the post ’01 models, which GM was aware were potentially lethal lemons – are gathering up their pitchforks. You can hear the lawyers rubbing their hands together. There will be congressional hearings in April, with sweaty execs under the klieg lights and two-legged great whites with attache cases and perfectly capped teeth champing at their flesh.

There are potentially billions on the line – not just fines, but losses to GM as people shy away from the products of a company they no longer trust. 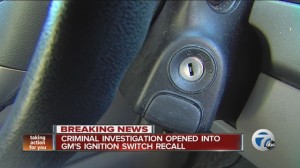 Minimally, the value of the affected GM vehicles will plunge faster than the Titanic after compartment six flooded – even if the cars are fixed. Their unfortunate owners – as a class – will be wanting a check. What is 1.6 million times say a couple grand per owner? The answer: A lot of money – even for GM. Then there is the serious coin. The value to be placed upon the 12 lives lost thus far.

The legal question debates whether it is the old, pre-bankruptcy GM – or the shiny New GM, jump-started by the government-mandated, taxpayer-finaced bailout back in ’09.

But neither the old nor the new GM is an actual person. A corporate person, yes. And there’s the problem, as it relates to moral hazard. 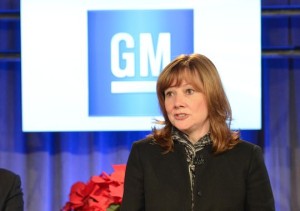 No specific person is responsible – or can be held personally accountable. The corporation exists for precisely this reason.

It’s like giving a teenager a new Corvette, a credit card and a bottle of whiskey – and letting him know you’ll buy him another one (and hire the very best lawyers) in the event he wraps it around a tree. Only it’s worse than that, because when it’s a corporation like GM behind the wheel – so to speak – there isn’t even the possibility of the “driver” being killed – thus ending his streak –  although he may certainly kill others along the way. 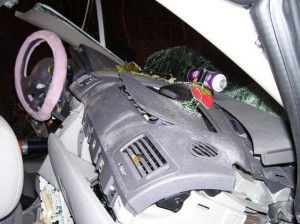 Whoever actually designed the defective ignition switch – or more particularly, whoever it was in a decision-making capacity who knew about the defect and didn’t do anything to stop these parts from being installed after the defect was discovered –  we’ll probably never even know their names.  They certainly won’t have their feet held to the proverbial fire. Instead, well-briefed execs such as GM CEO Mary Barra and subalterns who had nothing to do with the debacle themselves will bow and scrape before the congressional Torquemadas, defending the corporation. 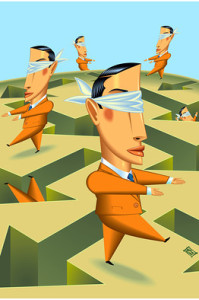 I’m a Libertarian, so I defend the free market. But without moral hazard – personal accountability – the free market’s natural self-correctives are short-circuited.

If I am the owner of Peters Motors and I knowingly sell you a dangerous car – a car that my engineers knew was dangerous and told me was dangerous – then I (and they) are personally culpable and not just in the moral sense. You can sue me – or my engineers. Or all of us. Take us to the cleaners. Our assets are forfeit. And, if the matter involves criminal negligence, it’s our asses on the line.

Contrast this with what’s going to happen in the GM case. The people actually responsible for this debacle are probably no longer with the company – certainly not the high level executives who made the call to do nothing.

GM’s previous CEO, for instance. The prior “management team.” 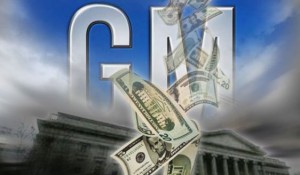 They’ll watch the inquisition from home on cable. Their golden parachutes will not be touched. They do not sweat feds banging on the door at 2 a.m. Meanwhile, the people who are with the company now – and here I refer to Barra as well as the average line workers, the mid-tier engineers and managers, the dealership owners and salespeople – all of them are going to take a hit. If it goes really bad – and it could – some may lose their jobs. Not because of anything they did, but because sales of GM cars droop as a result of the public’s turning away from a brand they’ve lost confidence in.

Shareholders will see the value of their stock decline – and what did they have to do with any of this?

Like a rock tossed into a pond, the ripples will radiate outward, lapping over almost everyone except those who should have been held to account.

And that’s why I am not a fan of corporations. They institutionalize sociopathic behavior by eliminating the normal human concern for not killing people if it can be avoided. 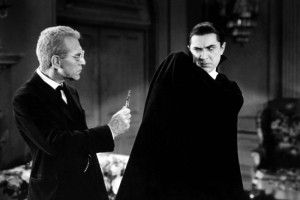 Corporations, by nature, have one goal only – the maximization of quarterly profits. Not only is everything secondary to this, anything that possibly stands in the way of this – like voluntarily recalling millions of defective cars before more people get killed by them – is to a corporation what a crucifix is to Count Dracula.

Which is why the notion of corporate “personhood” ought to be thrown in the woods – and the people whose decisions cause harm to others held accountable for the consequences of their actions, whether they are mere individuals who screw up or individuals who run a company that screws up.

Without moral hazard, there is no free market – only the freedom to profit at the expense of others – and get away with it. To be legally protected from the consequences of what you do.

The inevitable result is exactly what you’d expect. And until this idiotic fiction of legal personhood without persons and without personal accountability is thrown in the woods, you can expect to see more of it.

Eric Peters is a veteran automotive journalist and author of Road Hogs and Automotive Atrocities.