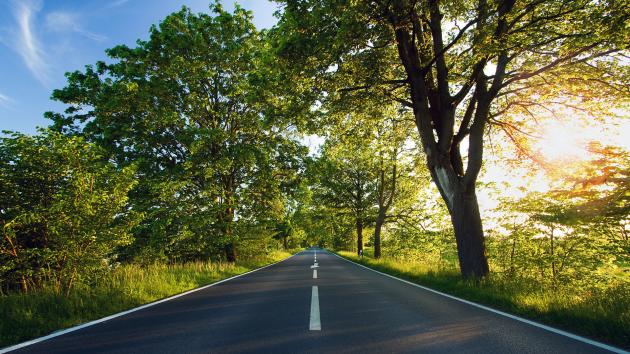 Why is it that some people – most people, unfortunately – short-circuit when the idea of roads built by other-than-coercive methods comes up? 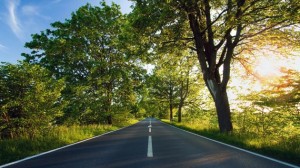 McDonald’s doesn’t need to force people to buy Quarter Pounders. Those who want them, buy them. Those who don’t – don’t.

My gym has a membership fee. If you want to use the facilities, you pay the fee. People not interested in using the facilities aren’t forced to buy memberships they don’t want or use.

This is considered reasonable. In fact, most people don’t give it a thought. It’s as automatically natural as taking a breath.

How come they can’t extrapolate that idea – people freely choosing what they want (and don’t want) and being free to make those choices without coercion – to roads?

Authoritarian statists (redundant, I realize) can be counted on to unpack the “roads” straw man argument in defense of their system of collective coercion. That – absent government and its taxes-at-gunpoint (and much else besides, such as eminent domain at gunpoint) we’d all be stuck in the 19th century, unable to get from A to B. Or at least, unable to get from A to B as efficiently as we do on roads built at gunpoint. 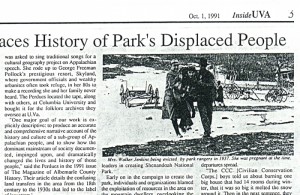 They might be right (bear with me a moment). Let’s assume that they are right. It still doesn’t make it right to do violence to people. Their argument is a utilitarian argument. The same sort of argument used by Stalin to justify his collective farms. So much more food could be produced (for the state) that way, he claimed.

And it was true.

Of course, millions of small land-holding peasant farmers (the Kulaks) lost everything for the sake of Stalin’s “plans.” So it is with all such plans. There are winners – and losers. Just as there is a winner – and a loser – in a confrontation between a street mugger and his unarmed victim. The mugger is “better off.” But the fact remains he violated his victim’s rights to get that $20.

It is the same with regard to government roads. No matter how sparkly the asphalt glistens, nor how gracefully laid out the road, if it was done by doing violence then it was not done right.

I live near the Blue Ridge Parkway. It’s a gorgeous road cut through the mountains that runs from the Shenandoah through the Blue Ridge in Virginia all the way down to North Carolina. It was built on the destroyed lives of American kulaks – rural Southern mountain folks.  To make way for the road, America’s Mussolini – Franklin Delano Roosevelt – had federal troops forcibly remove these rustics from what they thought was their land. Whole communities were excised. You can still view the sad remains of what were once people’s homes  . . . or so they believed until the fed’s shock army advised them otherwise. 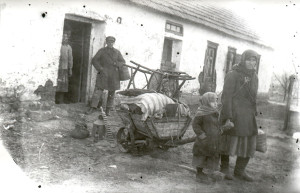 Does the scenic beauty – the usefulness – of the Parkway wash away the horror visited upon those poor people? Of course it does not. We – most of us – simply blank it out. We enjoy the road. Just as we enjoy the land seized from the Indians and revere the likes of Andrew Jackson – an earlier tyrant who force-marched another group of kulaks off the land they once imagined (silly Indians!) to be theirs.

But, could roads exist without wholesale evacuations and gross violations of property rights – all of it backed up by bayonets and bullets?

We know they could – because they did (and do).

Most of the roads in my area (a rural part of SW Virginia) pre-date the government’s involvement. They were built without coercion or taxes. By rural folks – farmers – on a cooperative and mutually agreeable basis. These old farm roads have since been paved over – co-opted by the government – but the fact remains the were originally laid down without government involvement. 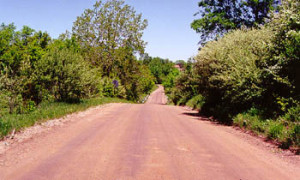 Are they “better” now?  Wider, straighter – and paved? Certainly. But that doesn’t mean they couldn’t have been made wider, straighter – and nicely paved over – without coercion. Somehow, people improve private homes, private buildings – and so on – without shoving guns under other people’s chins. Is it preposterous to imagine that roads might be built and maintained without shoving guns under people’s chins?

It has been done.

Consider toll roads – and private roads through private communities.  This is not abstract, conjecture, “what if.” Such privately built, privately funded and administered and maintained roads exist. They are paved (typically, better paved than government roads) and “modern.” 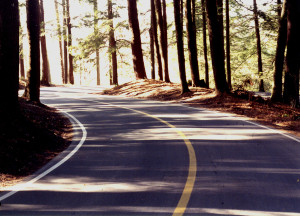 Just as other voluntary, peaceful exchanges – such as the selling and buying of hamburgers or of gym memberships – scale. McDonald’s began as a single burger joint in California. Gold’s Gym was once singular, too. Both are now nationwide. Neither relies on extortion to fund operations. They exist – and expand – based on the free give-and-take of millions of people.

There is no reason roads could not be built and operated on the same principle.

They might not be the same kinds of roads as government roads – but what a boon that would be. Think of it. Rather than one-size-fits-all (and least common denominator-based) government roads, we might have unlimited speed, privately built American Autobahnen. You assume the risk – and liability – for your driving. No government goons criminalizing conduct that caused no harm to anyone. But how would they get built? The same way that other projects get built in the free market. But how would their owners get paid? The same way – in principle – that other privately owned establishments obtain payment. Perhaps it would be via toll entrances. Perhaps by user fees obtained via automatic debit (such as “EZPass” – but on a privately-run basis).

The bottom  line is it’s a red herring, a straw man argument, that roads – modern roads – could not exist were it not for coercive government. It’s as ridiculous as claiming that nationwide fast food joints and gyms would never have arisen were it not for government.

Conjure the voice of Morpheus from the Matrix. Open your mind, Neo. Millions upon millions of free individuals freely interacting are capable of limitless creation. Coercion necessarily stifles and stomps creation. It creates a few winners – and many losers.

Which side do you want to be on?

Which pill – the blue or the red – do you want to take?